In the Loop: August Marketing Round-Up

Wow this year is flying by! Here’s a quick round-up of all our favourite marketing and social media news stories from August.

If you’re a regular Instagram user, you’ll probably have noticed the appearance of a new feature this month – Reels. You can find it in the app’s Explore tab.

Reels are basically Instagram’s answer to TikTok – and unashamedly so! Vishal Shah, Instagram’s Head of Product, even acknowledged that it isn’t a new idea. 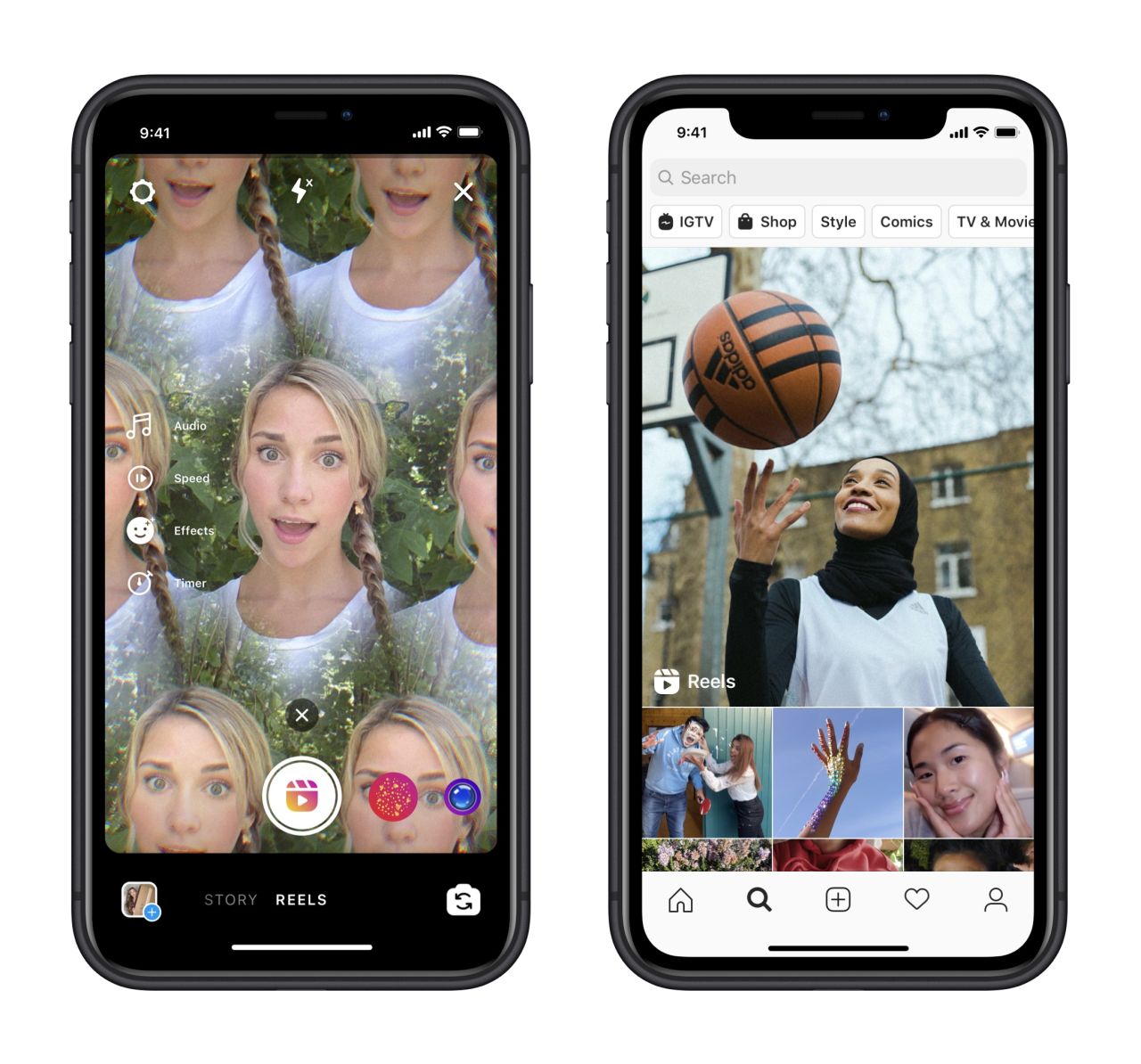 But there are some subtle differences. For instance, TikTok’s video limit is 60 seconds, whereas Instagram Reels have to be 15 seconds or less. And of course, TikTok is a stand-alone platform whereas Reels are built into an existing platform. Instagram offers you the option to share Reels to your feed, as well as the dedicated space in the Explore tab for those with public accounts.

In fact, 77% of users surveyed suggested that the platform has helped them to learn about politics and social justice. And 54% of Gen Z surveyed said that posts about social activism on TikTok have encouraged them to discuss these topics with friends and family. Going one step further, 44% said that social activism posts on the platform encouraged them to sign petitions. And a whopping 94% said that TikTok “generated meaningful action” for the Black Lives Matter movement in particular.

Some pretty impressive stats! It goes to show how influential the platform can be. Do you use TikTok?

In these challenging times, Camden Town Brewery is trying to find “creative ways to be frugal” and increase marketing effectiveness. The result? The first ‘drinkable’ TV campaign.

Essentially, their new TV ad includes QR codes that customers are able to scan and redeem for free beer. Nice!

Camden Town hopes the technique will increase the reach of their campaign and get more people sampling their beers, so they can taste how nice they are!

We don’t know about you, but we’ll certainly be keeping an eye out for these ads.

To make the platform more transparent, Twitter has announced that the platform will begin using two profile labels for government officials and state-affiliated media accounts and their senior staff. 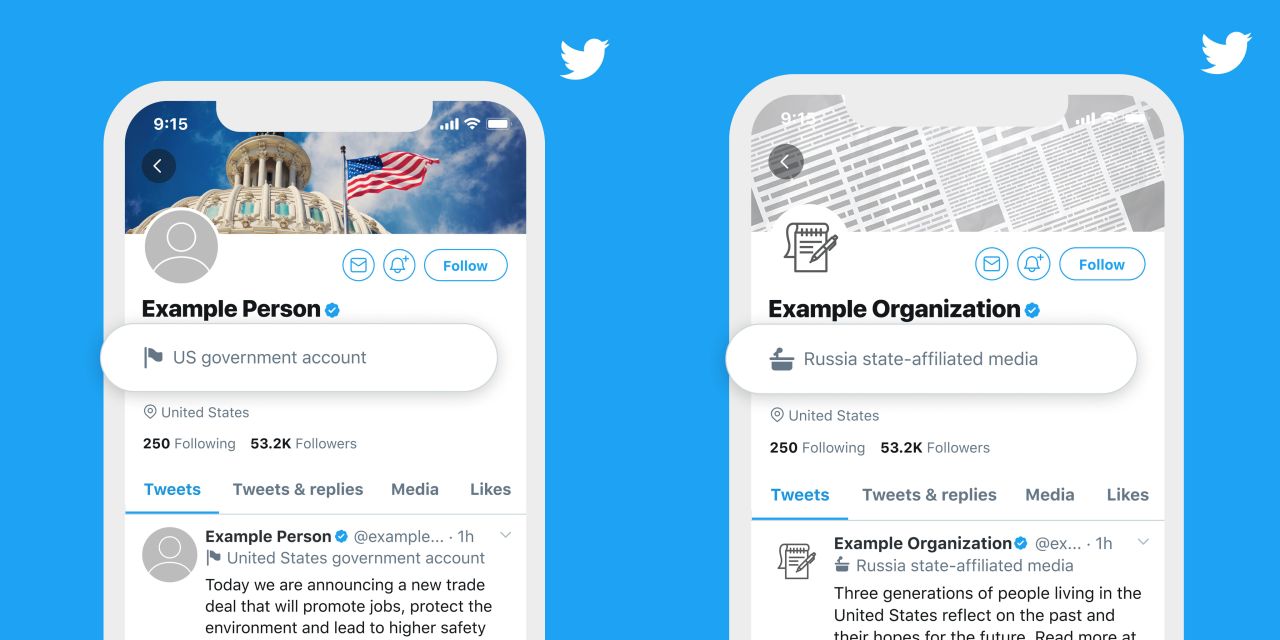 According to Twitter, they’ll no longer promote state-affiliated media accounts – or their Tweets – through their recommendation systems, including notifications, search and the timeline.

Twitter said, “Our mission is to serve the public conversation and an important part of that work is providing people with context so they can make informed decisions about what they see and how they engage on Twitter.”

Will the new feature help to stop the spread of fake news? Time will tell.

In an attempt to prevent ‘trolling’, Twitter is testing a new feature that picks up on potentially harmful language and encourages users to reconsider what they’re posting, before they actually post it.

The feature works through a pop-up notification and will be sparked by previously reported replies. 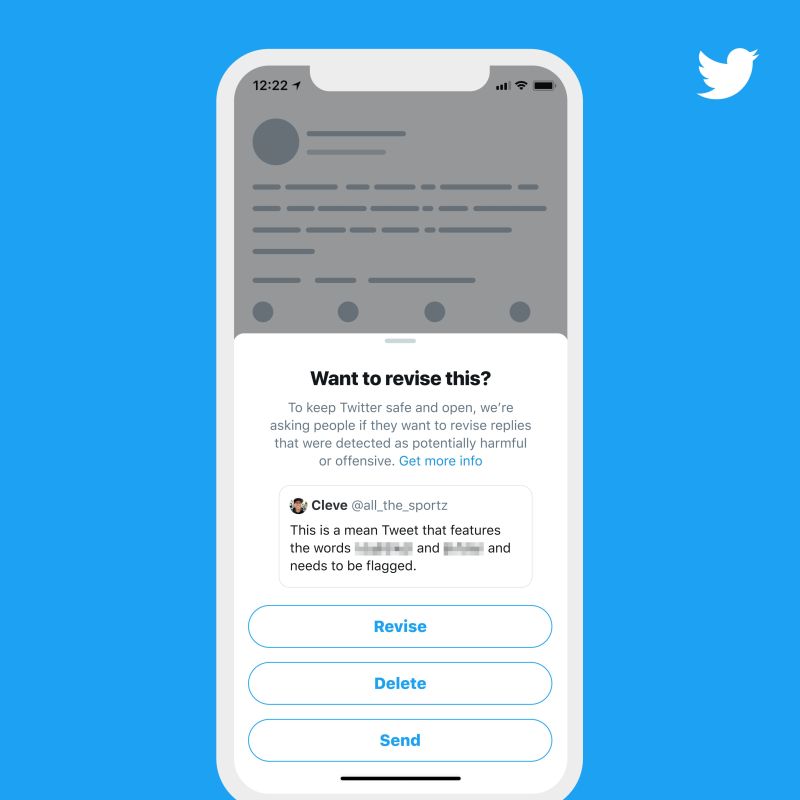 The hope is that the feature will reduce misinterpretation and offence by asking users to rethink. But if you’re happy with your Tweet, you’ll still be able to post it, despite the prompt.

Will it work? The general response so far has shown little faith as many harmful Tweets are often thought to be emotional responses that a prompt probably won’t prevent. Nevertheless, we think it’s a step in the right direction!

Tyrolit is an Austrian knife brand whose recent billboard ad in Vienna got our attention.

Originally, it may have been a bit confusing for passers-by to see a billboard made entirely of metal, with just the Tyrolit logo printed rather small.

But over the course of a couple of weeks (with a little help from some salt water and the creatives behind the ad), it all became clear as all but the outline of a kitchen knife rusted. With the tagline, ‘Flawless Forever’ left behind. 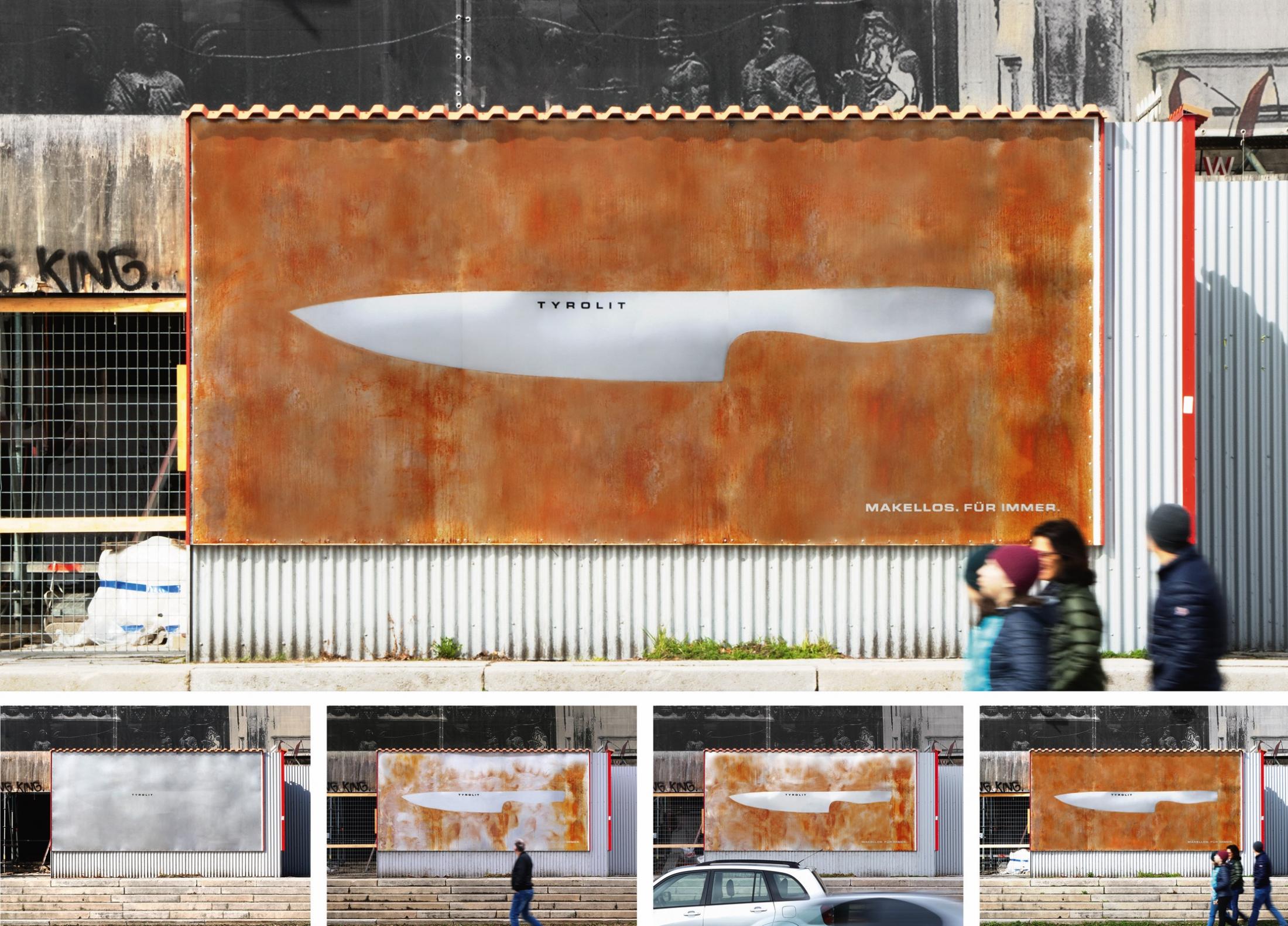 We love the creativity! It’s a great way to illustrate the durability of their cutlery.

Instagram is testing an option to automatically generate captions for Stories

Instagram is currently testing a new feature that’ll make their platform much more accessible – automatic captioning for stories. As a lot of people watch Stories with the sound off, it’ll save marketers a lot of time usually spent manually captioning content. Not to mention, it will help users to make more sense of Story content consumed without sound, making it more meaningful.

Facebook has recently rolled out a global notification screen that gives users more context about Covid-19 links, aiming to educate users before they share. Specifically, the alert will show the link’s source, when the website was first registered, when the article was first shared to Facebook, and a link to Facebook’s Covid information hub.

However, any content posted by government health authorities and recognised global health organisations won’t have the notification.

Reignite your own marketing

We’re always up for a chat about how you can get the most out of your marketing. Send us a quick email to hello@vidacreative.co.uk or give us a call on 0191 691 129.

Fresh Picks: Art From Above and Other Things We Loved