In the Loop: August Marketing Round-Up

It’s been another busy month in the world of digital marketing, especially for social media platforms. So here we go with some of our favourite marketing news stories!

So, it’s the end of the month already (we know, time flies!) and you know what that means – it’s time for our August Marketing Round-Up! It’s been another busy month in the world of digital marketing, especially for social media platforms. So here we go with some of our favourite news stories!

IKEA kicked off this month by partnering up with National Geographic for a marketing campaign. We know, a random combination?!

As it turns out, IKEA want to be known for more than just their famous meatballs and flat-pack furniture, now branding themselves as ‘sleep experts’ too. So, as part of their new year-long campaign in the US, ‘Save Our Sleep’, they’ve created of a series of National Geographic-style short films, being circulated online, aptly named ‘Bedroom Habitats’.

The first of the series is ‘The Small Bed Battle’, a light-hearted, National Geographic-style ‘documentary’ that highlights the struggle of sharing a small bed, before showing the benefit of using IKEA furniture to achieve a good night’s sleep.

It might be a slightly more unusual partnership, but we think the end product is really entertaining and its quirkiness is great for capturing the attention of an audience!

Reports have claimed Facebook will be introducing a news tab later on this year. It’ll apparently be a space where trusted, well-known publishers will be delivering current news stories directly to users. The tab will apparently be displayed alongside existing features such as the news feed, Messenger and watch.

It’s thought that the ‘trusted publishers’ approached by Facebook have been offered up to $3 million to produce content for the tab, although reports suggest that the feature will be free for users.

Studies have shown that a growing number of people rely on social media as their main source of news, so this new feature will go some way in ensuring the news they’re displaying is authentic and tackling the ‘fake news’ problem of the last few years! Phew…

In June 2018, the Google-owned platform introduced its memberships programme where they started selling subscriptions to individual YouTube channels. And this month they began testing an option for creators to upload members-only videos. This update will provide the opportunity for creators to profit from the content they’re posting without having to rely on ads, but will also give YouTube more opportunities for profit by encouraging sign-ups as a way to unlock exclusive, member-only content.

YouTube have received mixed responses to the test including fears that it’s killing the creativity and accessibility of the platform. Others suggest it makes business sense, after all, on-demand viewing is becoming the norm, and other platforms like Facebook, Apple and Amazon are already offering to sell video subscriptions on behalf of publishers.

It means that marketers using the platform will be able to gain a better understanding of the content that works for their audience, enabling them to tailor their marketing efforts – handy!

(there are lots,but they’re all exciting, so bear with us!)

Before now, Spark AR Studio was in closed beta testing, which basically means that if you wanted to put your own creations on Instagram, you had to be accepted onto the programme. But now it’s open to everyone and we can’t wait to see what users and businesses come up with!

To get involved, all you have to do is download the Spark AR Studio program, then you can get started building your own AR effects! It’s available for download here: https://sparkar.facebook.com/ar-studio/download 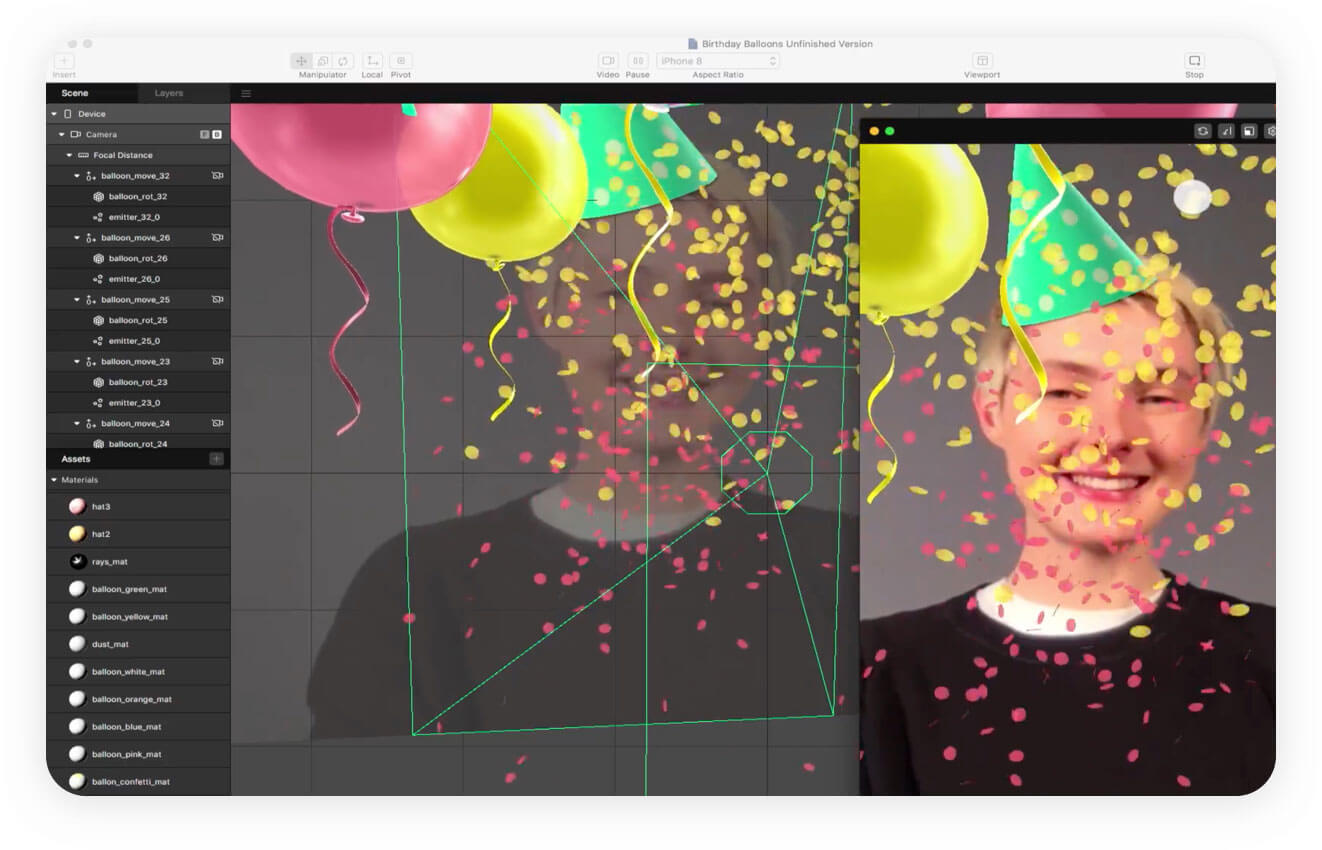 A new effects gallery is also now available, making it easier to discover unique Instagram Stories filters made by creators in the community, instead of just the ones by businesses and celebrities that we can currently access. We love that Instagram’s making way for increased creativity!

According to Jane Manchun Wong (who’s renowned for discovering new social media features before their release), Instagram is also testing adaptations of its Boomerang stories feature. It’s rumoured that the new adaptations to the effect are:

And finally, if you love Instagram’s layout feature, which allows you to arrange multiple photos into one image, you’ll be pleased to know Wong has also claimed that Instagram are testing a version of it for Instagram Stories.

We can’t wait to play around!

This month, Twitter revealed that Tweets with video content generate up to 10x more engagement than Tweets without video.

We can’t say we’re surprised – we’ve found that video significantly increases engagement in our own work too! Even if you don’t have professional video content to publish, creating GIFs or using your phone to record clips are easy ways to include video in your content!

Greggs turned its 2000th store into a giant sausage roll

Greggs opened its 2000th store in the same city it was founded in 80 years ago, Newcastle Upon Tyne, well South Shields to be precise!

For the grand opening they covered the exterior in sausage roll wrapping paper, which the staff then ripped through to reveal the new interior.

It might not have been digital, but we love this innovative, quirky marketing stunt almost as much as we love Greggs!

Have you noticed a string of accounts that don’t follow you watching your stories recently? It’s probably a result of Instagram’s crackdown on bots and paid likes and followers.

Since this crackdown, spammy accounts have been looking for a way around it, so they’ve started ‘watching’ stories in an attempt to seem more authentic. But Instagram have announced that they will be adding new measures specifically for stories to combat this, although they didn’t give any further details…

Metro Logos From Across the World