This month we're throwing it back to April Fool's Day as we could all do with a bit of sunshine in our lives at the moment! Last year many brands chose to avoid producing or sharing content for April Fool’s Day because of the pandemic. This year, these brands brought back the April Fool’s Day gags in full force.

One that caught our eye was BMW’s Instagram video which saw the multinational corporation poke fun at themselves!

The video starts by referencing companies who’ve chosen to streamline their products by removing underused and obsolete features. And of course, Apple got a mention!

Apple’s iPhone has historically seen the removal of the aux port, and more recently, the removal of the charging brick from packaging. The tech giant claims that both removals are for the sake of the environment, despite negative feedback from customers.

In the Instagram video, BMW announces that they’ve decided to remove one of their most underused and obsolete features, for the sake of the planet. That underused feature is…indicators!

BMW making fun of their customer base was a bit out of character for the brand. We found the snippet pretty clever and funny because, let’s be honest, who doesn’t have a gripe with drivers who don’t use their indicators!?

Take a look at the video on BMW’s Instagram. 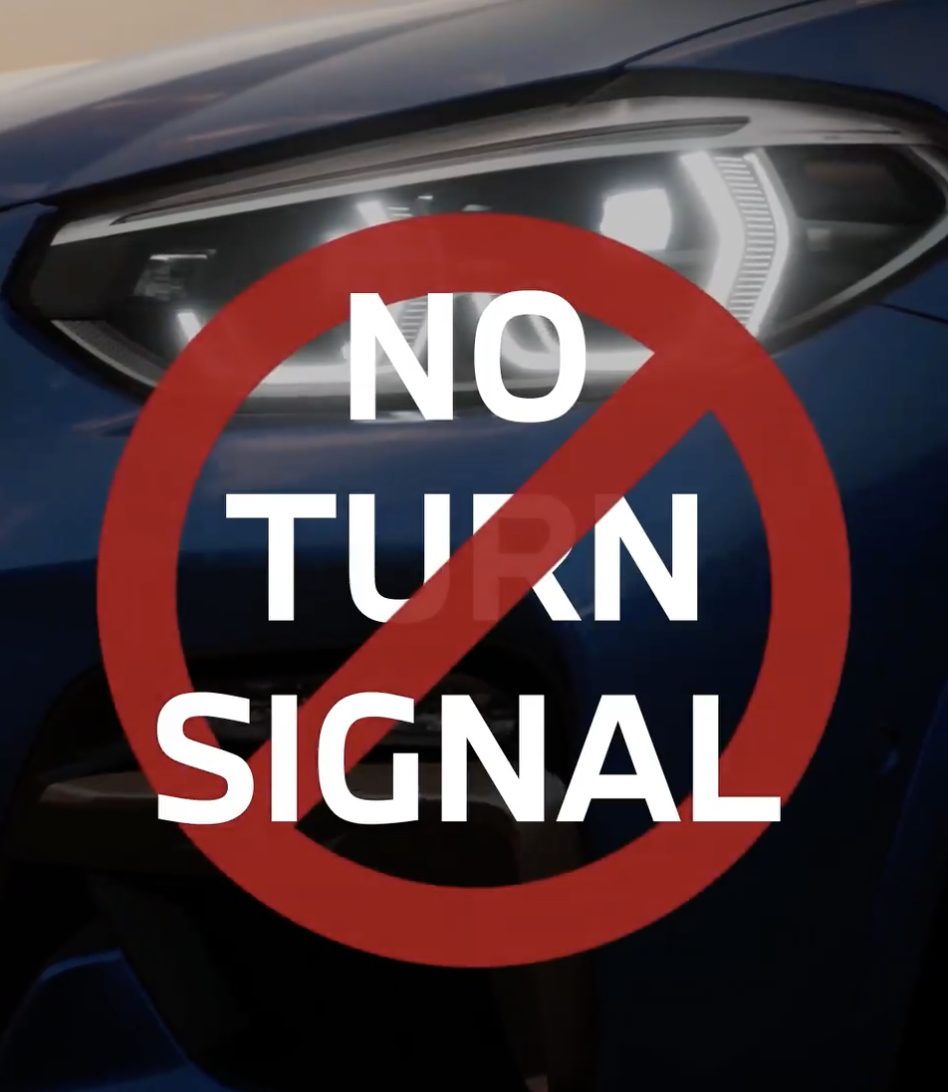 UK Supermarket Asda piggybacked on the longstanding Weetabix and beans debate/outrage, which first started to gain attention on social media at the start of the year.

Asda’s April Fool’s Day prank was a simple tweet that announced their newest product, Weetabix and beans in a tin! As expected, the tweet continued the debate on whether it’s acceptable to eat your Weetabix with beans. It gained further attention and interaction for Asda, Weetabix and Heinz.

Asda followed the tweet with another one to announce their Weetabix and Heinz beans bundles, ready to purchase via its app. For anyone who’s interested, this wasn’t part of the stunt and the bundle is still available to buy today!

Another smart move from Asda as the bundle shows up as a result in a Google search. 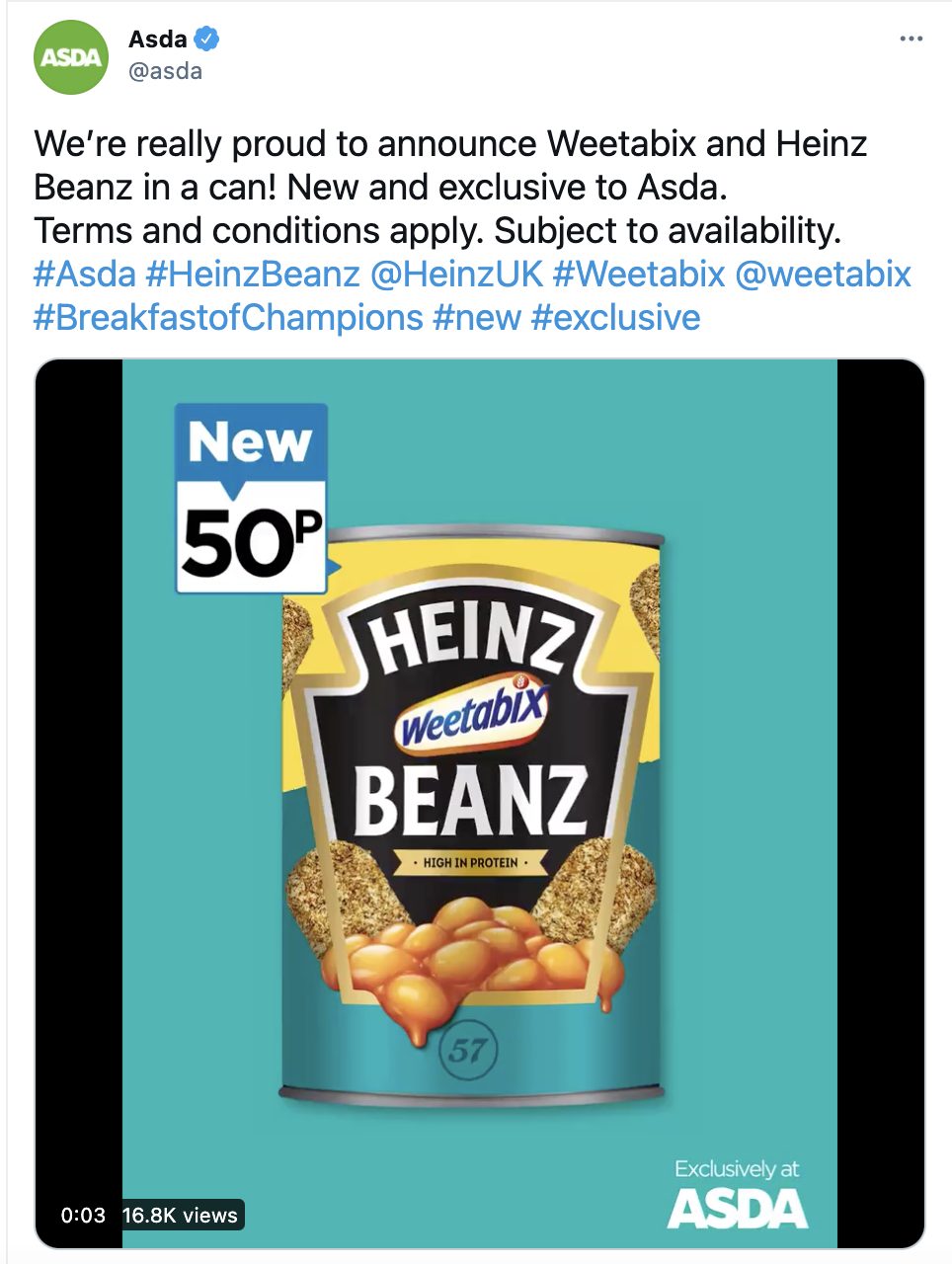 Innocent have featured in our in the loop posts several times! Late last year they posted to Twitter announcing their beans smoothie. This was swiftly removed and replaced by a series of myth-busting Tweets, denying the use of Heinz beans in their smoothies!

The stunt was all part of the marketing efforts behind their newest breakfast smoothie. They certainly got the attention of Twitter users, and several news outlets ran the story too.

They used this years’ April Fool’s Day as an opportunity to re-use the ‘beans in a smoothie’ narrative, announcing a new fake product, Smoup.

We thought this one was clever as it continued the conversation and gave renewed life to a previous successful awareness campaign. 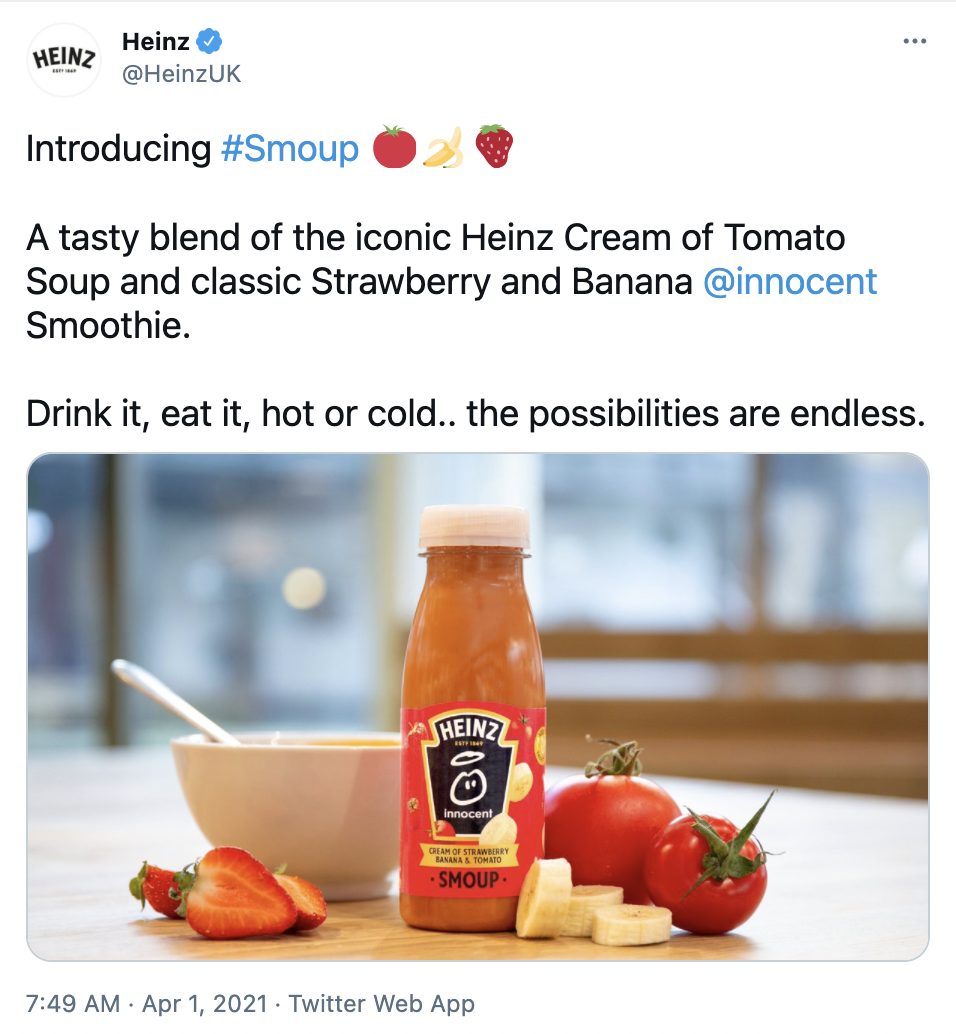 This April Fool’s Day Volkswagen announced that they’d be changing their name to Voltswagen to further support the use of electric vehicles.

The joke itself could have been harmless if it had been delivered correctly. But Volkswagen got it wrong and as a result, have annoyed several media outlets and are pending investigation from several US regulators… ouch.

Instead of posting to social media on April 1, Volkswagen published an unfinished press release to its website on the 29 March announcing the upcoming name change.

Many news outlets noticed the release and published stories announcing the name change as fact. Volkswagen then had to get in touch with all publishers to ask that they remove the content as it was supposed to be a joke that would drive interest in their newest electric fleet.

They may have driven interest but now face backlash and investigations! Companies need to be careful with what they announce via their outlets, especially in the form of press releases as they’re often used as factual sources of information. 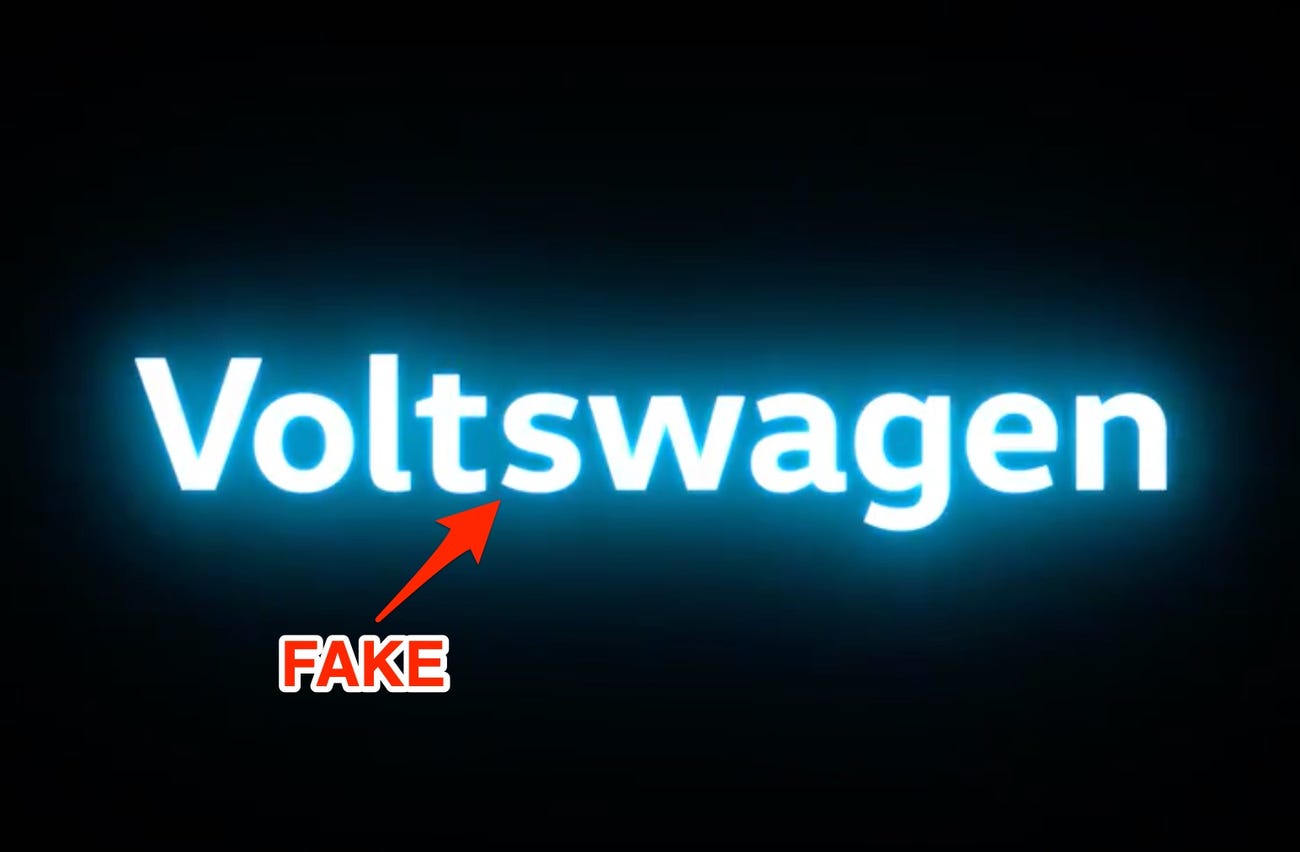 This one isn’t an April Fool’s Day prank and has been well received by users! In April, Pinterest announced that it would be offering a portal for users to claim their IP and to clearly set usage rights of their content.

The move comes following continuous feedback from Pinterest users, who wanted more rights and control over their content.

At first, there will be three ways for Pinterest users to manage the current and future use of their content.

Users will be able to flag their content as:

We think this is a great move and hope that other online service providers and social media platforms follow suit. 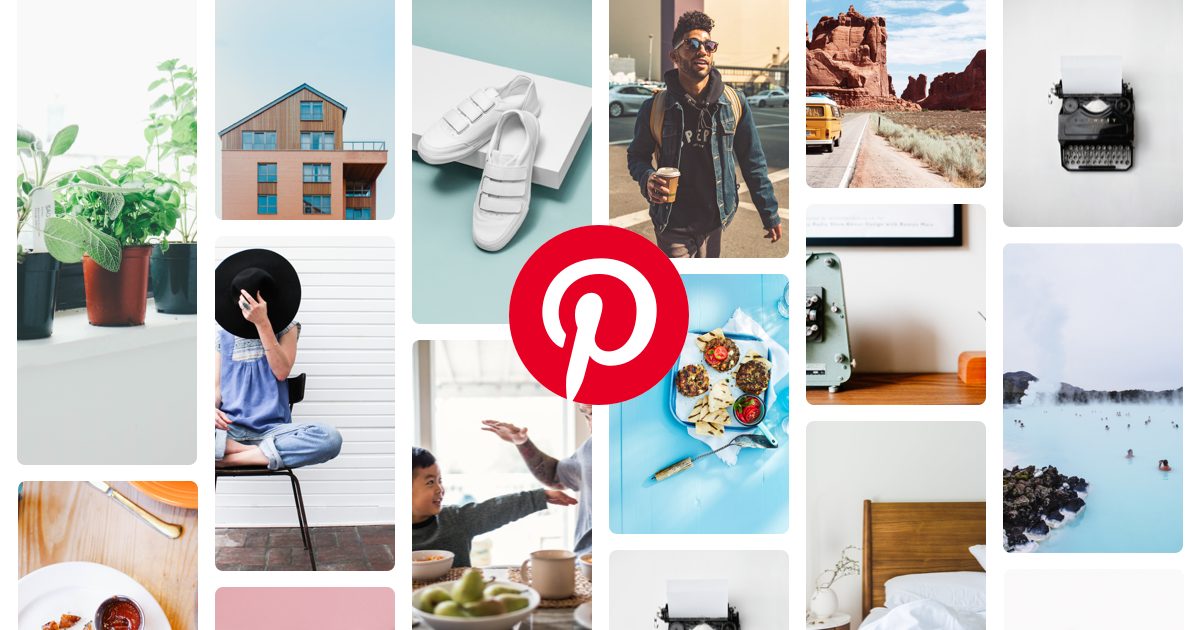 There’s more where that came from

The reason we keep up to date with all of the latest marketing trends is because we love what we do – but it’s also because we use these insights to elevate our clients’ own marketing campaigns.

We bring our proactivity, passion, and energy to every one of our client relationships. If that sounds like something you want to have behind to your marketing efforts. Get in touch for a chat