In the Loop: May Marketing Round-Up

We seriously can’t believe it’s June already! It’s been another busy month in the world of marketing and there’s been some pretty exciting news to share. So, sit back, relax and let us fill you in…

True to form, the branding of BrewDog’s latest limited edition product has been designed to poke fun at Dominic Cummings after his recent lockdown scandal. Their new beer is aptly named ‘Barnard Castle Eye Test IPA’ and it’s described as ‘hazy.’

The concept was first brought up on social media by BrewDog founder, James Watt, when he asked his audience what they thought the new beer should be called.

But what should we call it? pic.twitter.com/xEpBlXZ0HM

The post sparked a lot of interest and so they decided to “actually do it.” The winning title has been put into production and marketed as “a short sighted beer for tall stories.”

Some might say it was a risky business decision to come out with a product with such a political backdrop. But you could say that BrewDog customers are used to the fact that the brand doesn’t take life too seriously.

Just sent a case of this beer to No. 10 Downing St.

With a note that it is best enjoyed in rose gardens, whilst discussing all the latest cummings & goings.

I hope the beer gets to @BorisJohnson

The presale of the beer was so popular that their site temporarily crashed! All profits from the sale of the IPA will be going to their production of free sanitizer for the NHS and healthcare charities.

Trump’s recent Tweet, threatening to intervene in the police brutality protests in Minneapolis, has been flagged by Twitter for “glorifying violence.” The Tweet includes a quote from notoriously racist Miami Chief of Police, Walter Headley, who aggressively targeted black people in 1967.

However, they’ve chosen not to remove the Tweet completely as they believe it to be in the public interest. 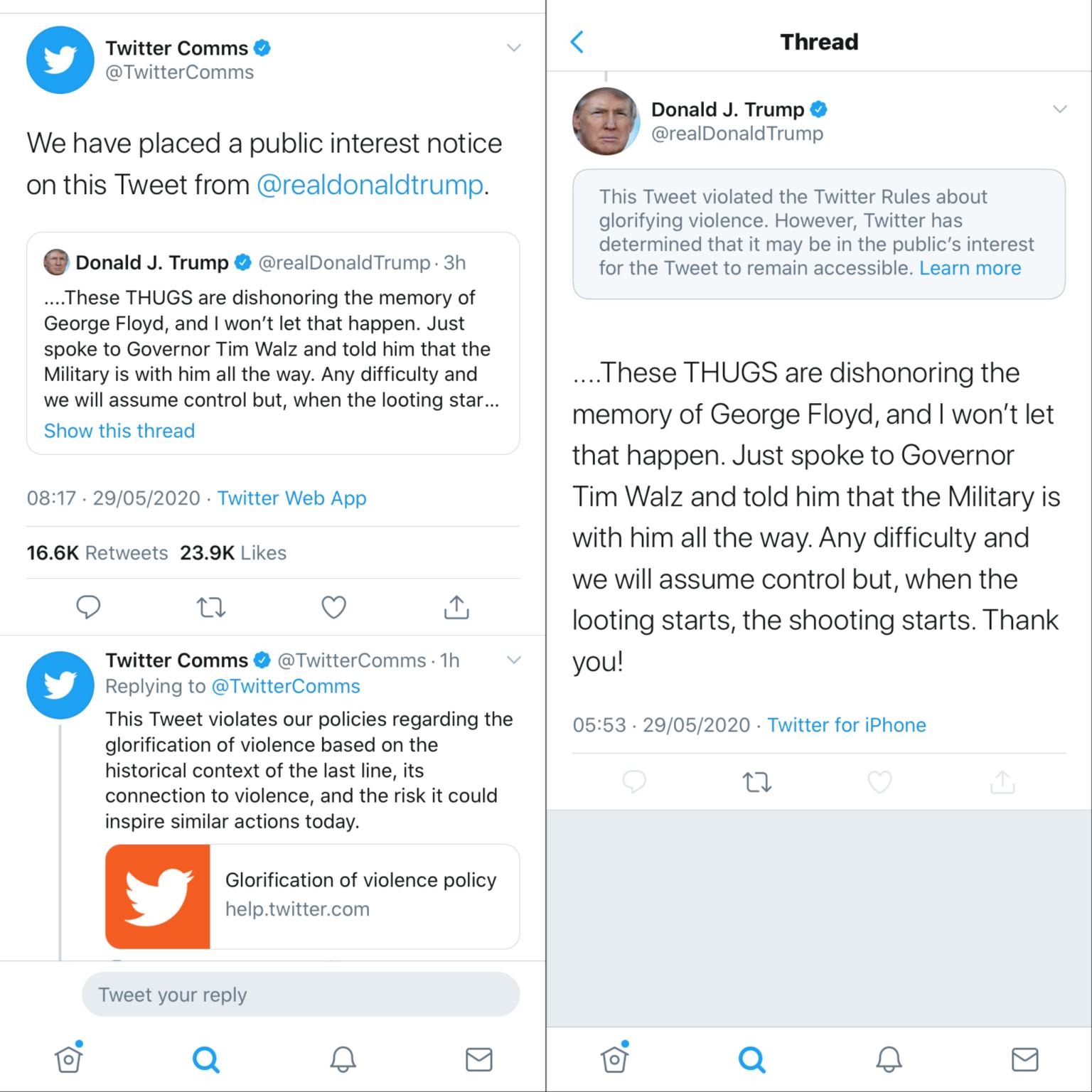 Mark Zuckerberg has also been personally reviewing Trump’s posts on Facebook to determine whether they should be hidden or not. Again, making history.

Limit who can reply to your Tweets

Another new feature from Twitter is the ability to limit who can reply to your Tweets. 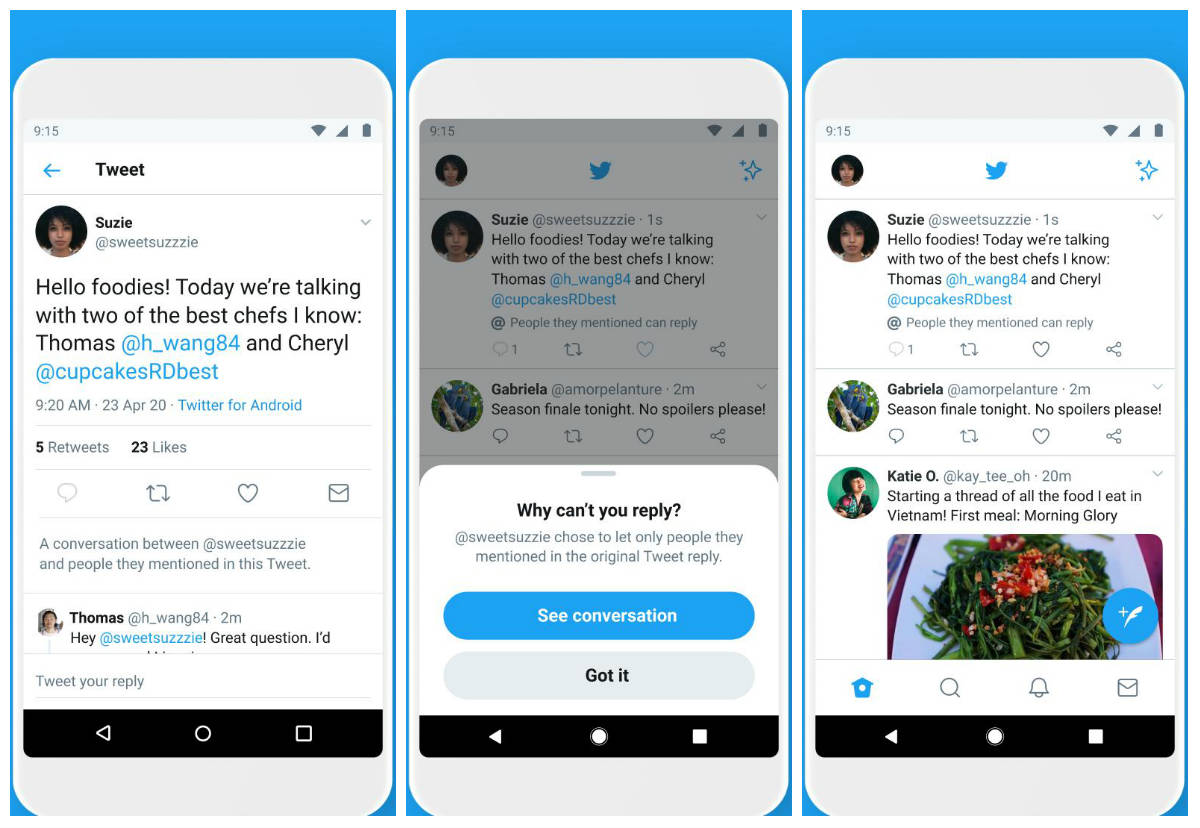 The move could be seen as a response to online bullying but will probably also give rise to things like Twitter Q&As and interviews, which will give Twitter some new and exciting uses!

Responses to the feature have been mixed, with some saying it seems like Twitter is limiting its own uses. The platform’s popularity has been built on the sharing of strong or controversial opinions and creating conversation so it’ll be interesting to see how this update affects this.

You can now schedule Tweets natively

It was announced a few weeks ago, but in the last few days Twitter has officially rolled out native scheduling.

When drafting a Tweet, you can now click the scheduling icon at the bottom of the dialogue box and it’ll let you choose the date and time you want your Tweet to be published.

Scheduling platforms to facilitate this have been around for some time now, but when it comes to Twitter, they’re no longer needed! Although, if like us, you use a scheduling tool for a range of social platforms, you may find it easier to schedule all your social posts in one place.

Gousto is a food box service that delivers “fresh ingredients and delicious recipes” straight to your door.

When lockdown hit, its demand shot up and they were forced to stop accepting new customers. They also froze their marketing spend for the same reasons (which we would absolutely advise you not to do by the way!).

But on Friday 22nd May, their marketing made a comeback with an ambitious campaign developed with Manifest – a virtual celebrity dinner party with Gousto food. Hosted by Nick Grimshaw, Paloma Faith, Katherine Ryan and David Haye, many loyal Gousto subscribers booked their virtual seat and tuned in with their meals ready.

I properly can't wait for Friday night! I’m going to the UK’s biggest virtual dinner party with @goustocooking, for a right natter with @grimmers @kathbum and @mrdavidhaye 😆 👉 Book your seat here https://t.co/LZE2vuj5WH and tune in to #Tablefor1Million this Friday at 8pm! #ad pic.twitter.com/P8dlCSPs5C

But the dinner only lasted a few minutes before it froze with screens of celebs tucking into their meals (apparently Paloma Faith’s enjoyment of a taco was particularly entertaining!)

Despite the technical fault, the response from Gousto subscribers seemed positive. They enjoyed their meals regardless and appreciated Gousto’s effort, hoping for more dinner parties in the future. It goes to show that Gousto have managed to build a loyal customer base and thinking outside the box (pun intended) paid off, even if there were hiccups! 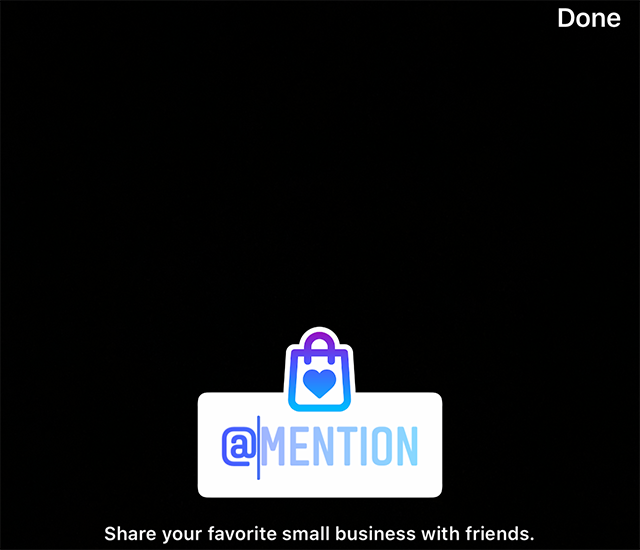 Instagram’s had a busy month!

Instagram introduced their ‘Support Small Business’ sticker. Users can add it to their Stories and tag a small business using the Sticker. It then shows a preview of their Insta page and allows you to click through to the business profile.

There’s also a separate story highlight at the top of the feed that shows all Stories using the sticker.

When asked about the stickers, Adam Mosseri, Head of Instagram, said “We want to make it as easy as possible to support amazing small businesses right now.” We love that Instagram are doing what they can to help at this weird and difficult time!

Instagram also announced their new shopping facility and we think it’s going to be a bit of a game-changer. 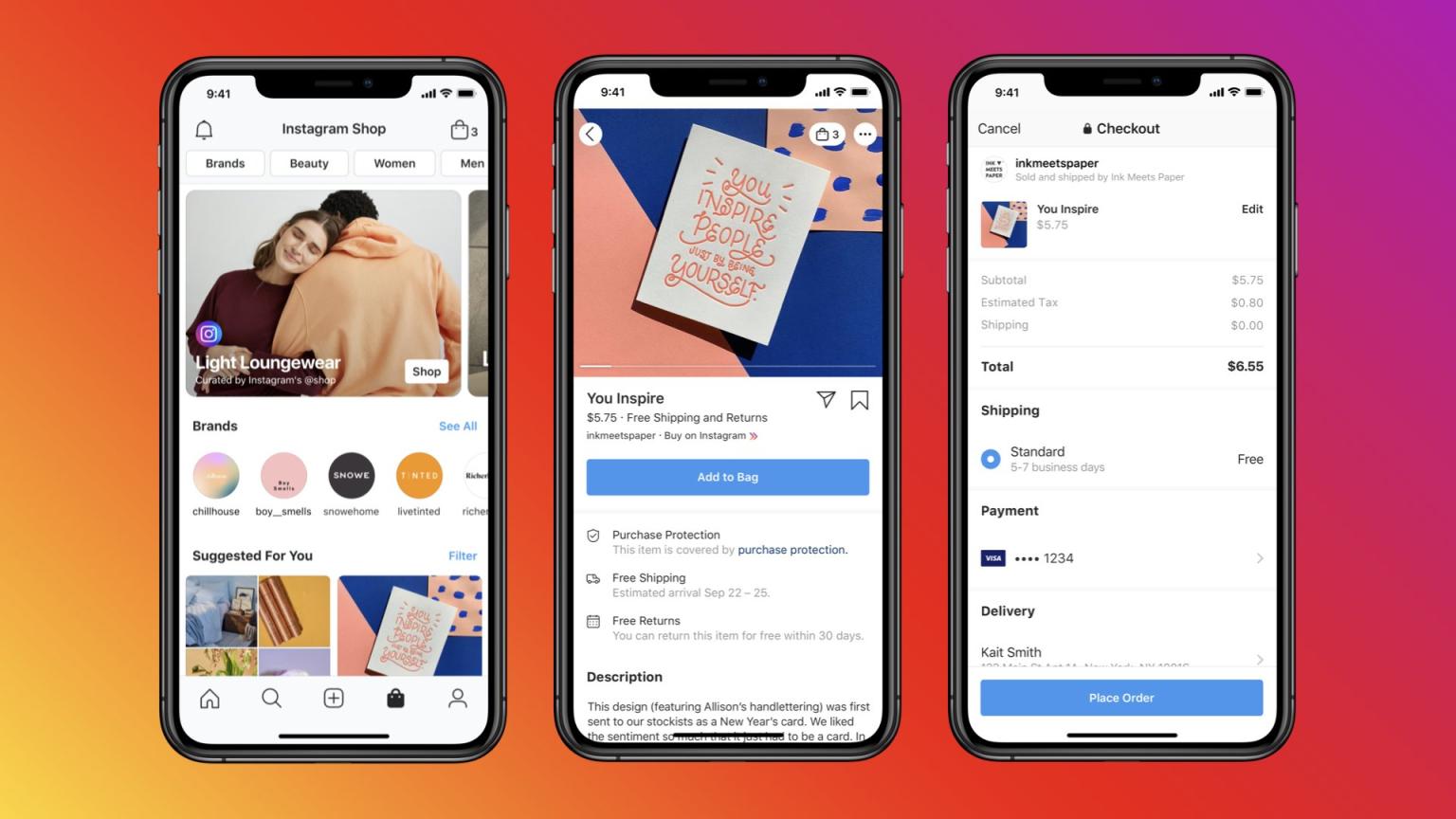 According to Steven Bartlett, CEO and Founder of Social Chain, Instagram has been slowly building towards a vision of becoming a native social commerce platform where users can purchase what they see without ever leaving the app. He says Instagram is arguably one of the main ways people find new products now, so the challenge has been to make people buy stuff they love, in a seamless way, without ever leaving Instagram.

Insta’s parent company, Facebook, has also just unveiled their shopping feature, but Insta shops aren’t officially coming until summer . Later this year Instagram will add a shop tab to the bottom of the screen to make more of the new feature.

Instagram Stories are set to become even more important as Instagram has begun testing a new layout to include an additional row of stories in the app. 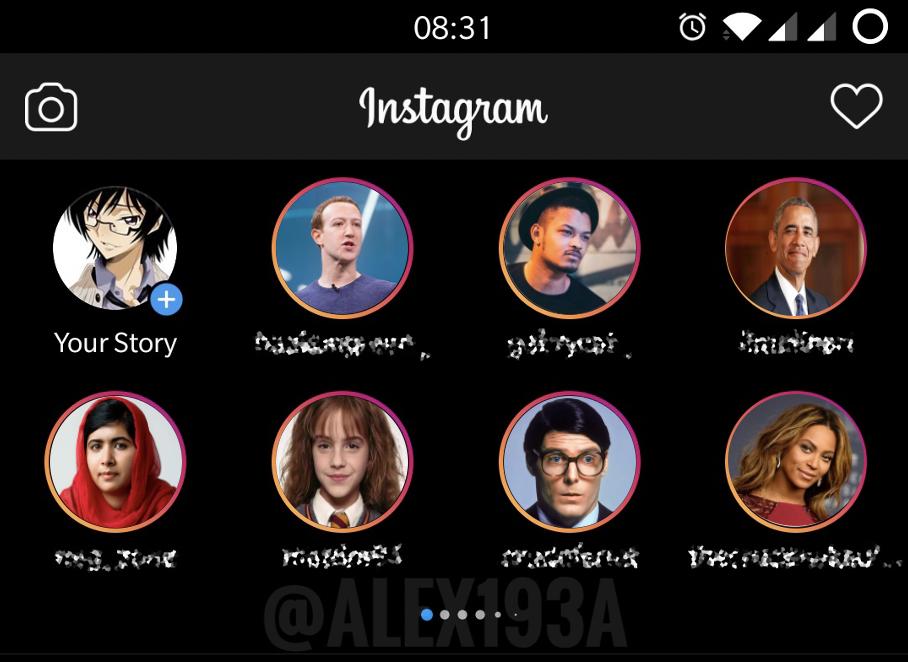 Back in 2019, Chris Cox (Facebook’s Chief Product Officer) said that “stories would overtake the news feed as the number one way we share things with friends.”

This is also reflected in their trial of a new tool to allow a quick switch to other users’ Stories without having to exit and return to the news feed. If you pull the story down slightly, a Story banner (like is currently on the homepage) will appear to facilitate this navigation.

It’s set to help with accessibility. Plus research from several organisations has shown that up to 85% of video views on social happen with the sound off. A good tip for you take a note of if you share a lot of video content without any captions.

And those are our fave marketing news stories from this month! We’ll be back next month with more but until then, we’d love to hear about any interesting marketing news you’ve heard. 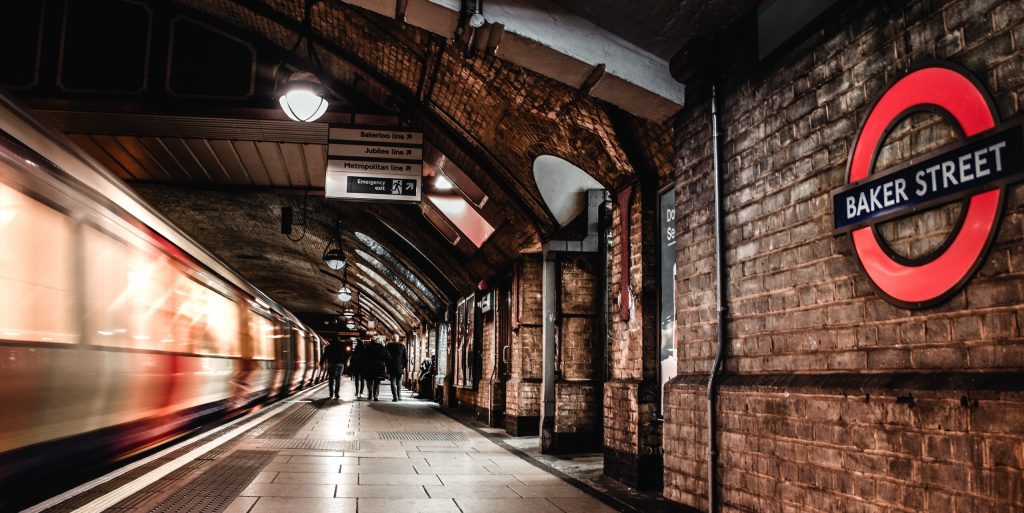 Typography in Focus: Johnstone Sans, a Typeface for London