With the world cup approaching, we take a look at the inspiration behind many of the 2018 international shirts.

We love design and we love football (well, Henry does!) so it’s no surprise we love a retro football shirt design too. This year has seen a huge revival in 80’s and 90’s inspired shirts for the World Cup, so here’s a run down of our favourites. 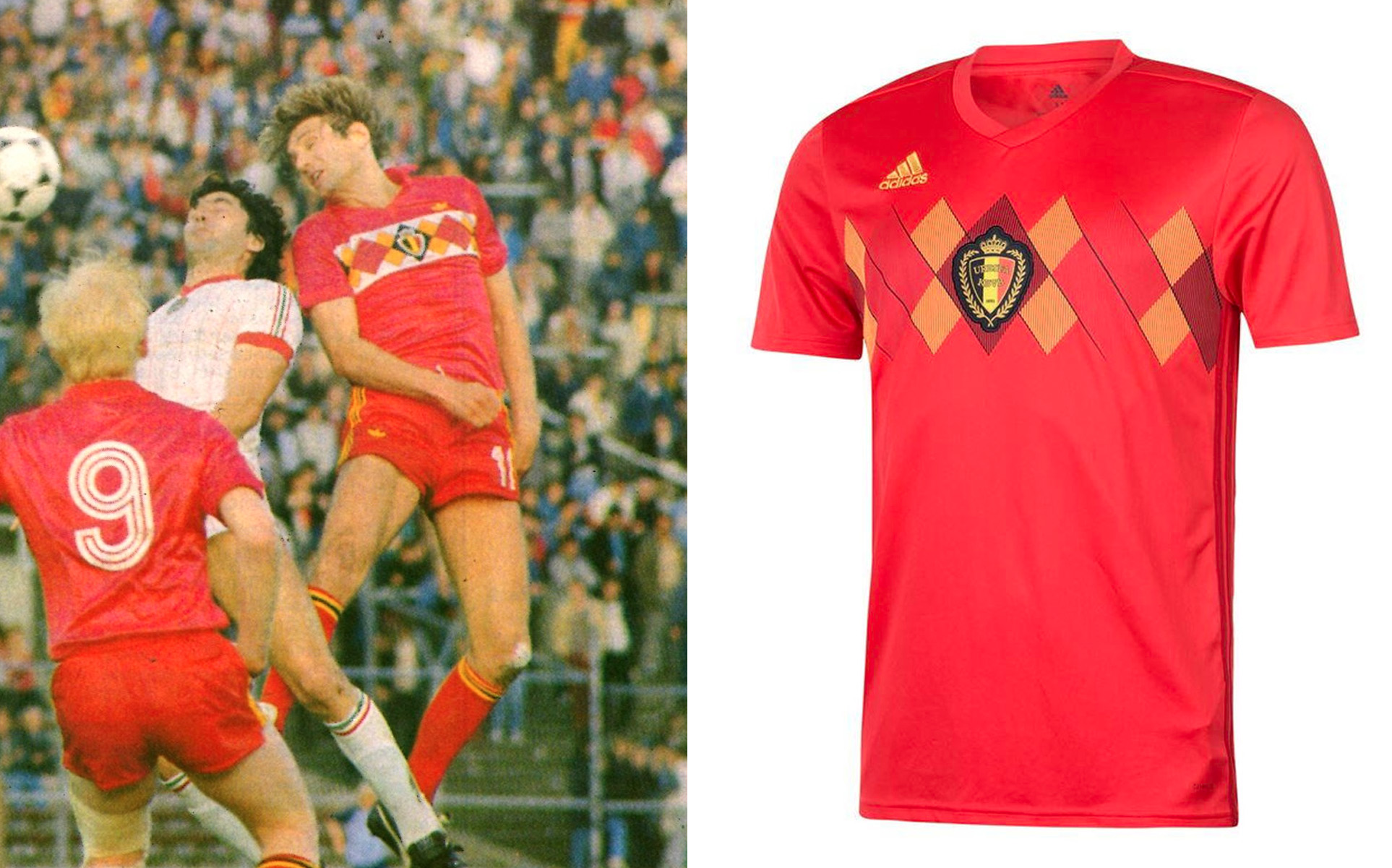 A near identical remake of the shirt Belgium wore in Euro 1984. They got two points and were knocked out in the group stages, here’s hoping for a repeat performance at the world cup! 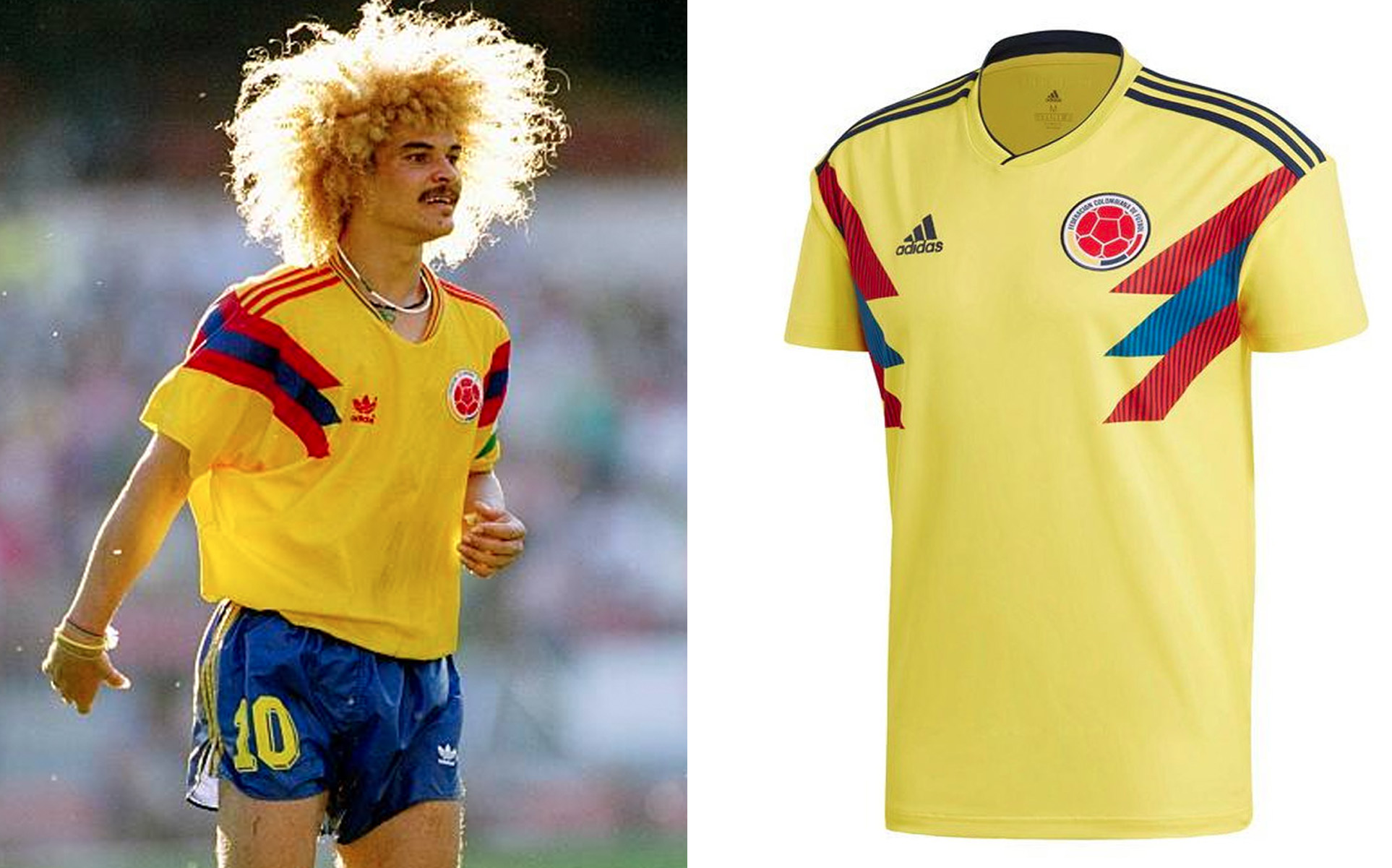 This 2018 shirt takes inspiration from the classic jersey the team wore at Italia 1990. Colombia managed a draw with Germany who went on to win the World Cup that year. They deserved a medal for that afro alone. 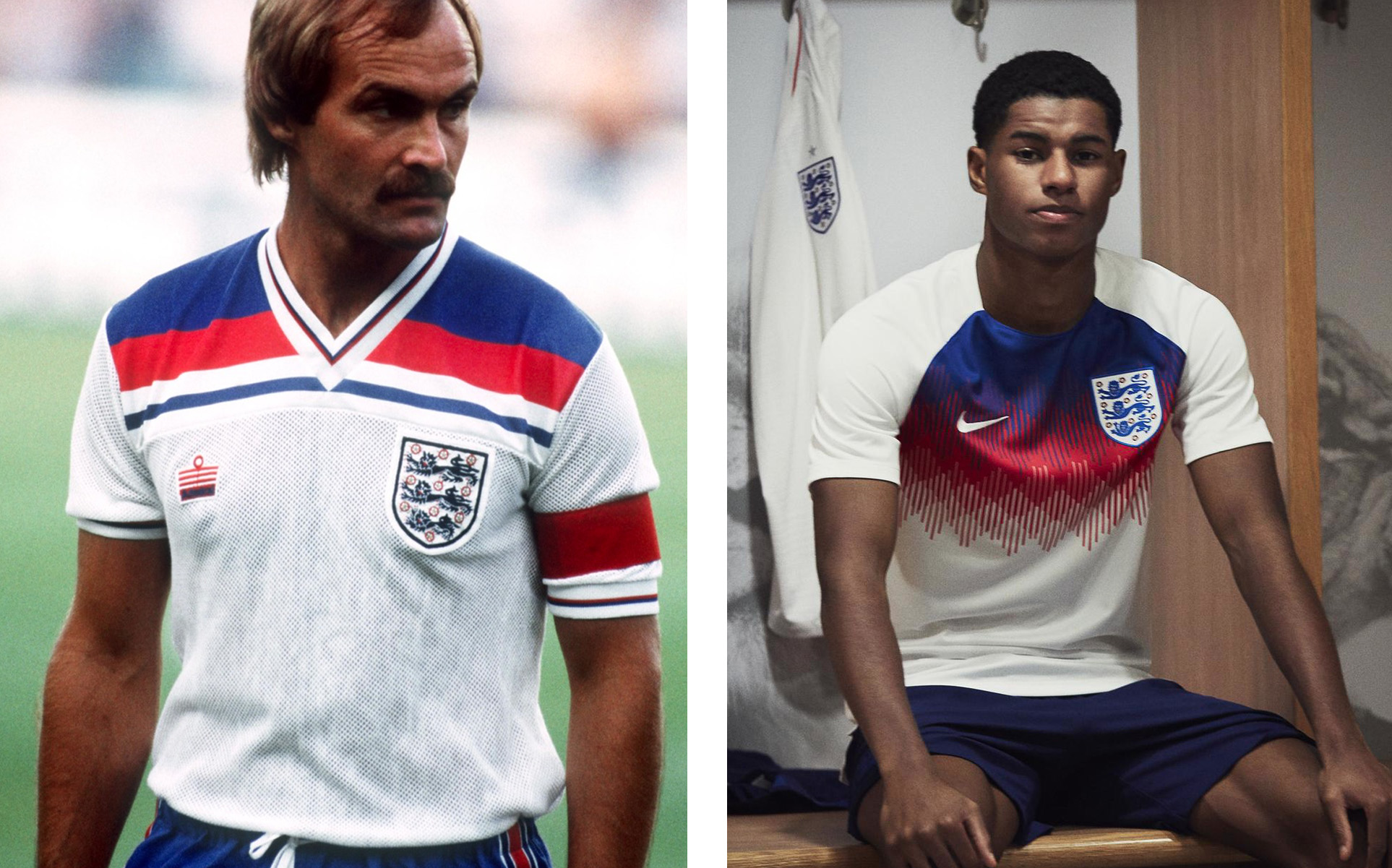 OK, so this 2018 design is a training top and not the official shirt, but we couldn’t not mention England! This retro diamond print is a definite nod to the 1982 World Cup shirt. We doubt the ‘tache will be making a comeback though… 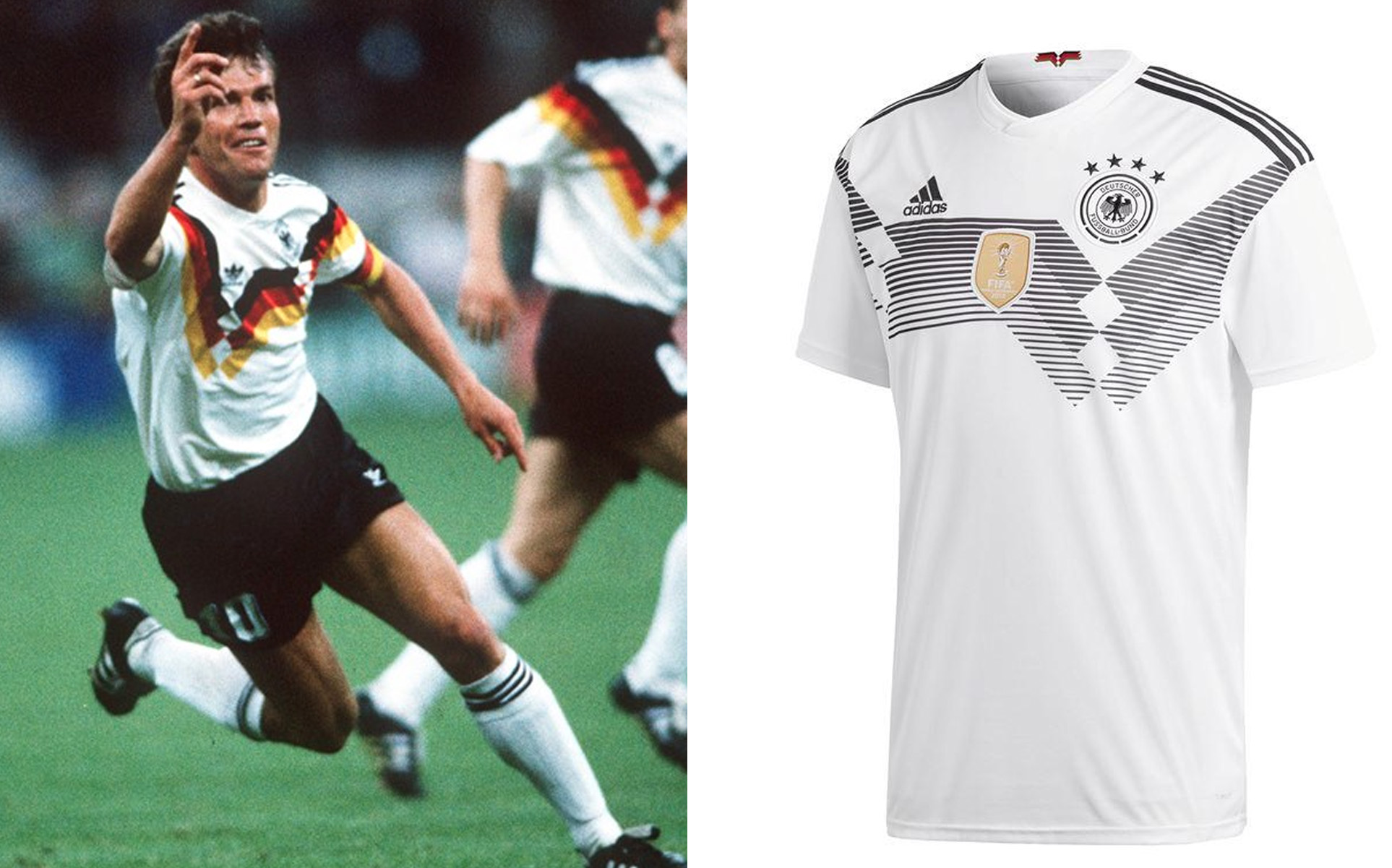 The shirt the Germans wore when they won Italia 1990 is about as iconic as it gets. Will the modern monochrome version help them to repeat history? 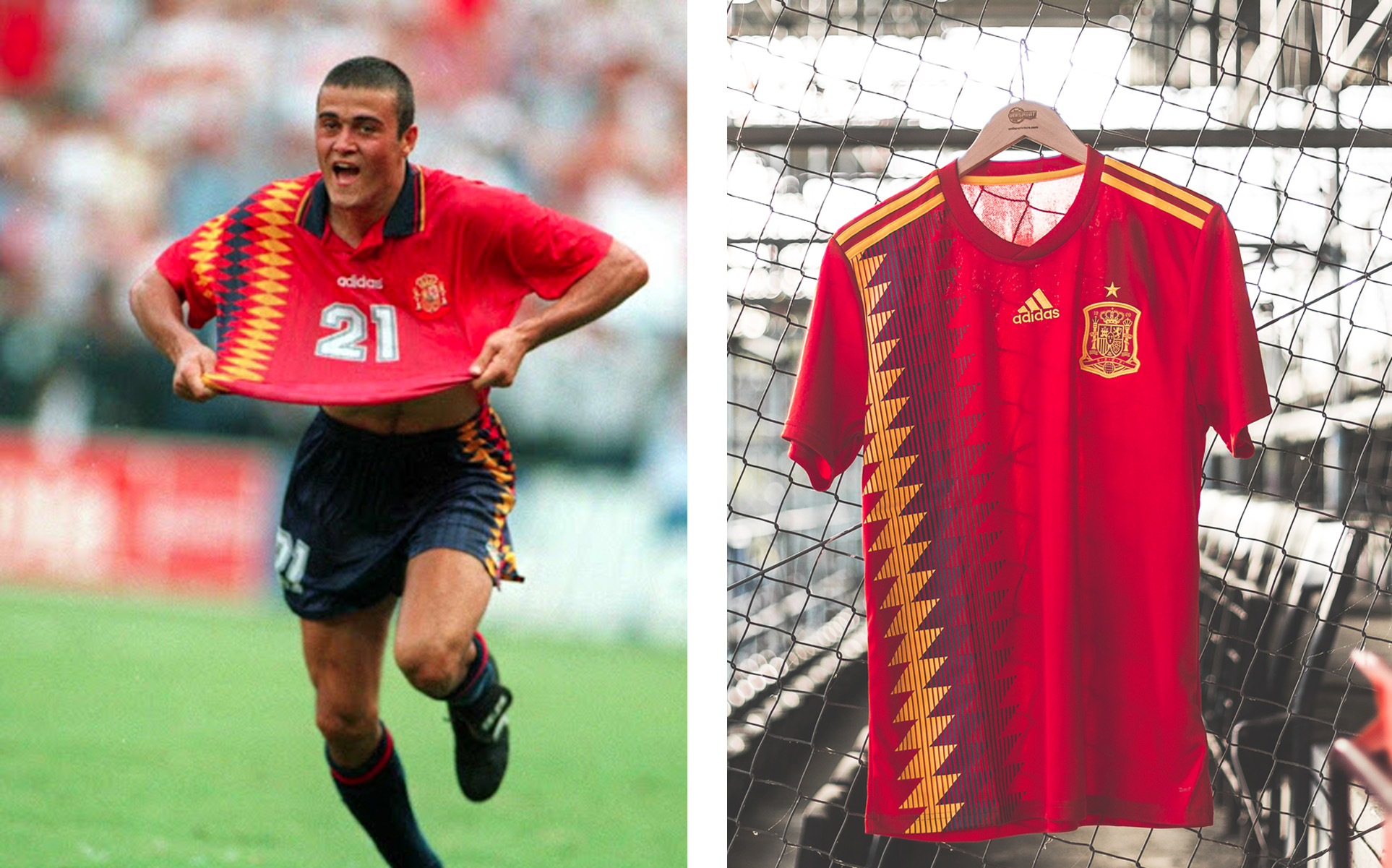 Hands down, our favourite shirt that will being an appearance at this year’s World Cup. A modern re-make of this beauty that the Spanish team wore at the 1994 World Cup in the USA. 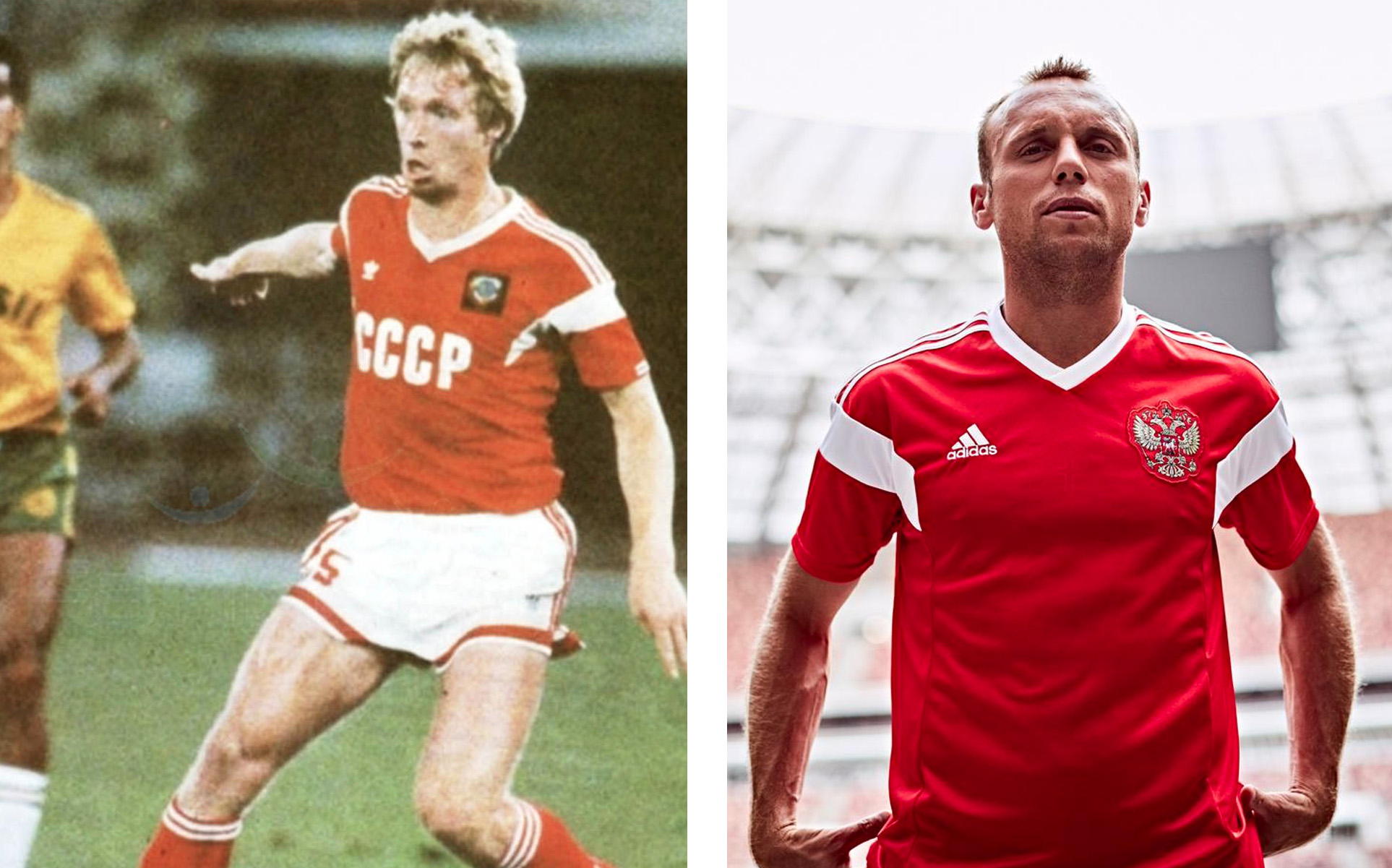 Noticing a theme here? Maybe the Adidas designers are feeling lazy this year, but the shirt Russia will be wearing at their own World Cup is near identical to the one the Soviet Union wore in 1988. That team won the gold medal at the olympics in Seoul, beating Brazil in extra time! Plus a second place finish at Euro ’88, not a bad year… 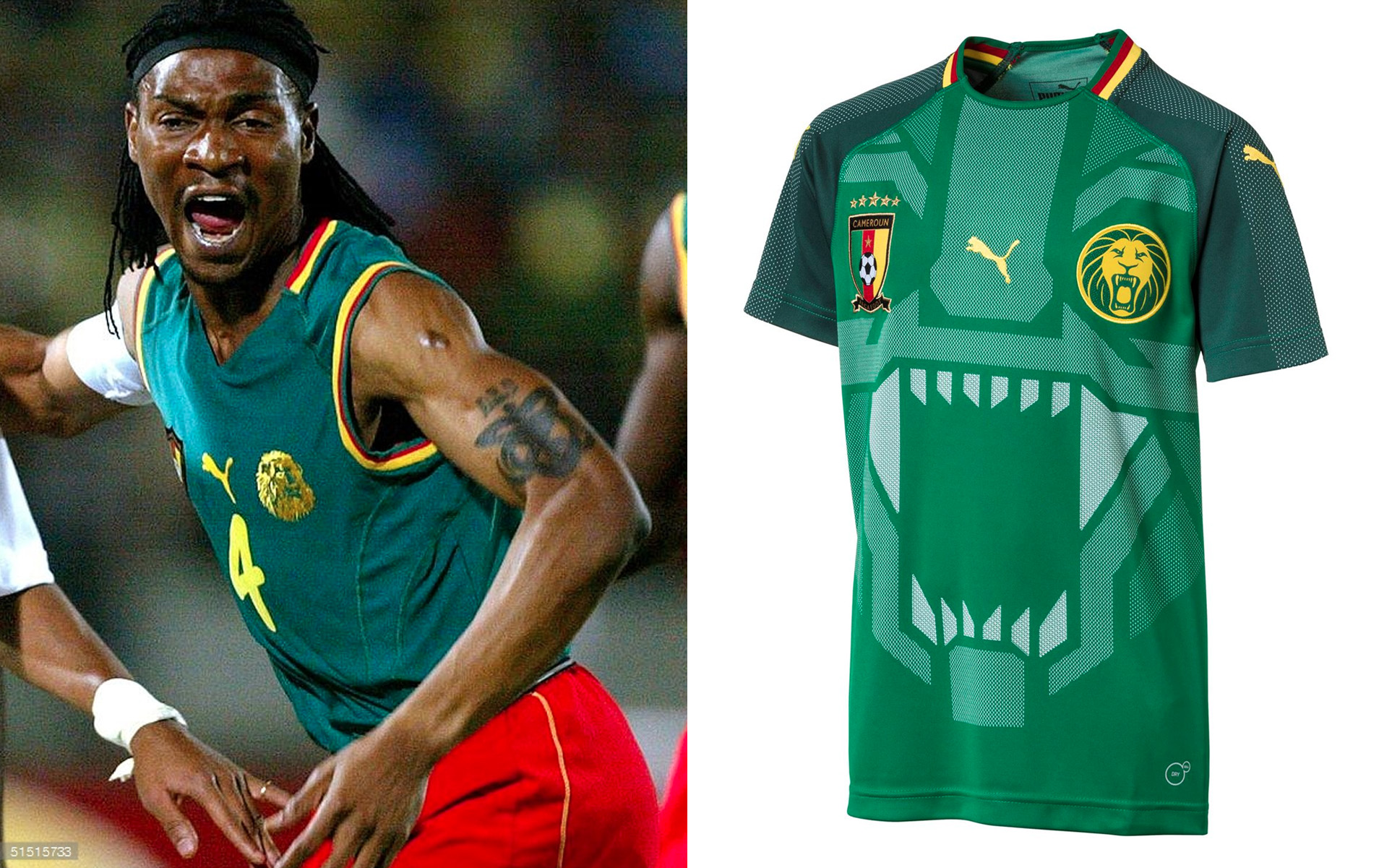 Well, this one doesn’t count either as Cameroon didn’t qualify for the World Cup, but we couldn’t leave it out. Nicknamed ‘Les Lions Indomptables’ the shirt features not one, but two lions. Also pictured is the time they decided to wear vests to the 2002 World Cup…