In the latest of our Q&A series with some of our favourite creatives, we are delighted to introduce the Manchester-based illustrator Stanley Chow.

With a career spanning over 20 years, Stanley Chow has become well known for his illustrative portraits. He’s had commissions from the likes of The White Stripes, The New Yorker,  Lego and his much-loved Manchester United. His work with The White Stripes even resulted in a Grammy nomination. We caught up with Stanley recently to find out more about his career in art and design.

1. Firstly, how have things been for you during these lockdown months of 2020?

2020 has had its ups and downs. It’s been great to have spent more time with my kids than usual. The family time has been a major plus. Admittedly it’s been difficult to motivate myself for work throughout most of lockdown because of a number of reasons, mainly worrying about the future, the fact that we are living through a pandemic. The economy has fallen off a cliff because of Covid, and that’s before we have to worry about Brexit. Luckily, I have been busy, but not half as busy as what I’m used to. Lockdown has shown me that I prefer working from home. I had a studio in Manchester city centre, but I’ve recently had my basement converted which will now be my permanent base.

2. We saw your work at The Great Exhibition of The North a couple of years back at Sage Gateshead, what are your memories of working on that project and your time spent up in the North East?

It was the first time I’d been to Newcastle and Gateshead. I really enjoyed hanging out up there. I loved how the city really embraced the Great Exhibition. Me and my family had a lot of fun over the first weekend.

As for the project, I was very flattered to have been asked to produce some work for the exhibition, however, it was tricky to come up with 10 different images. I had a really busy summer that year and I probably didn’t give myself as much time as I’d liked. I probably should have turned it down, but at the same time, it felt like an opportunity that I needed to take. What was nice was there were a number of fans of my work who were waiting outside Sage wanting autographs and selfies, I didn’t expect that. I didn’t know anyone in Newcastle knew who I was to be honest with you.

3. You’ve worked as an illustrator for over 20 years now, what first inspired you to get into art?

I don’t recall what first inspired me, art is all I’ve known since someone gave me a pen and piece of paper. I’ve always known I was going to be an artist for as long as I can remember. It wasn’t even something I wanted to do, it was just something I did, like eating or breathing. It was a very natural part of my make-up. 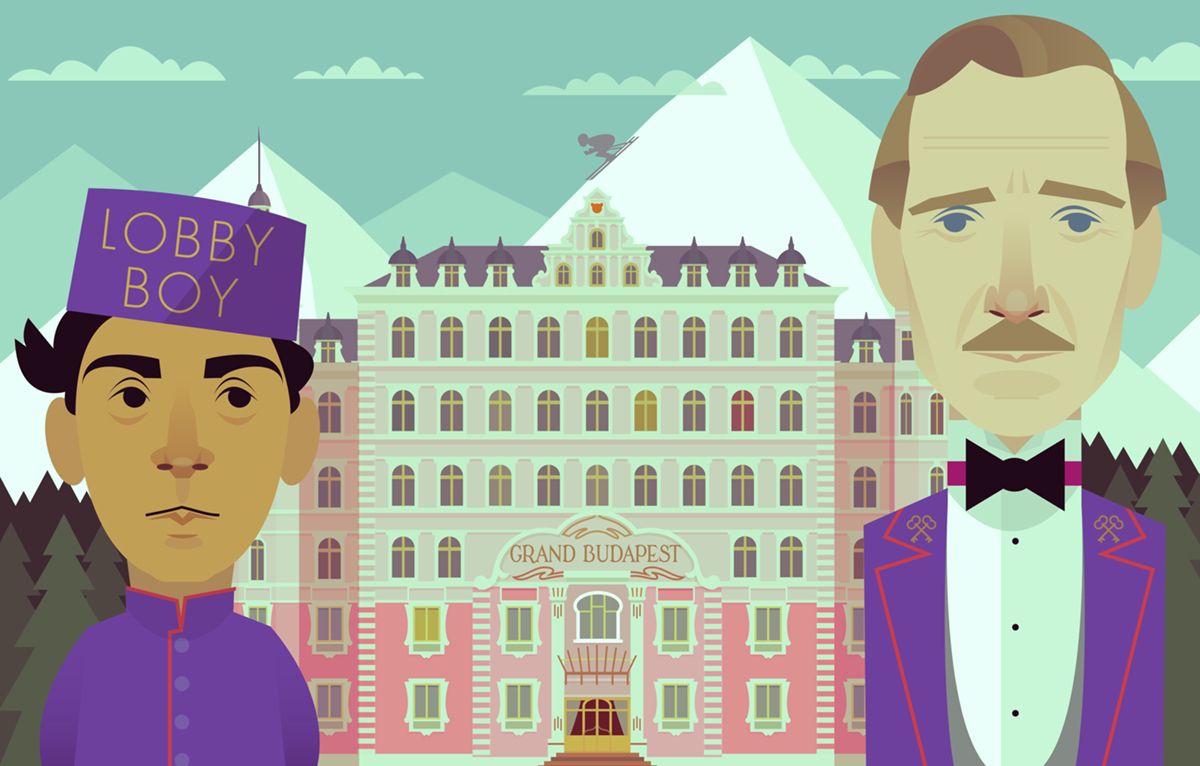 4. You began your career working in fashion illustration, how did you find your first years in industry after leaving art school?

It was tricky. Finding work was hard. Living in Manchester, mid to late 90s, pre-internet and email also made it difficult to find work. All the fashion / lifestyle magazine work was in London. Getting an agent early on in my career helped a bit, as they had offices in both Manchester and London. Also as time went by, it became clear to me that, I wasn’t cut out to be fashion illustrator nor was I really enjoying the work I was getting. The final straw for me was being asked to illustrate Ulrika Jonsson’s wedding dress… reports of how it looked were leaked to the press and I had to illustrate it from the description.

5. Half of the team here at Vida are big football fans, and we really like your work for the likes of Manchester United and Adidas, have you ever got direct feedback from any of the players you have done portraits of?

I’ve been lucky to have met a few of the players at United. Juan Mata being the nicest man in football has commented that I’ve made him look too handsome,  the other players I guess have been too polite to say anything else. Patrice Evra wants one. I just haven’t got round to doing one of him yet.

In fact, it was Edgar Davids who really opened the door for me to illustrate more footballers. I posted a picture I did of Wayne Rooney around 10/11 years ago on Twitter, Edgar Davids saw it and said he wanted one of him, which he then used as his Twitter profile picture. Through sources on social media, it came back to me that Gareth Bale didn’t like his very much, looking back it, I think the ears were a bit big.

6. Your work for The White Stripes Icky Thump limited edition album release was nominated for a Grammy award. How did that feel and how did that collaboration come about?

The collaboration came about from me posting a fan art poster on Myspace. Somehow that image made its way into the now-defunct Gigposters.com. Someone who worked for The White Stripes saw it, showed it Jack and Meg, they liked it and I got a phone call from out of the blue! I was over the moon to be asked! However, discovering I was nominated for a Grammy probably couldn’t have happened at a worse time. My father had just passed the week before. However, I can pretty much say that working with the White Stripes was what made it easier to break USA so to speak, it opened lots of doors and created plenty of opportunities.

7. Do you have a particular favourite illustration you have done or a project that you have worked on?

No, I don’t have a particular favourite. My favourite changes on a daily basis, however I’m most pleased with the Nina Simone illustration, that I did about 10 years ago, which eventually ended up being used on the cover for an album that was recently re-issued.

Some pictures I’ve illustrated kind of take on a new life a while after they’ve been done. At the time of doing the Nina Simone, it was never my favourite, but the fact that it ended up being used on a record sleeve makes me extra fond of it. 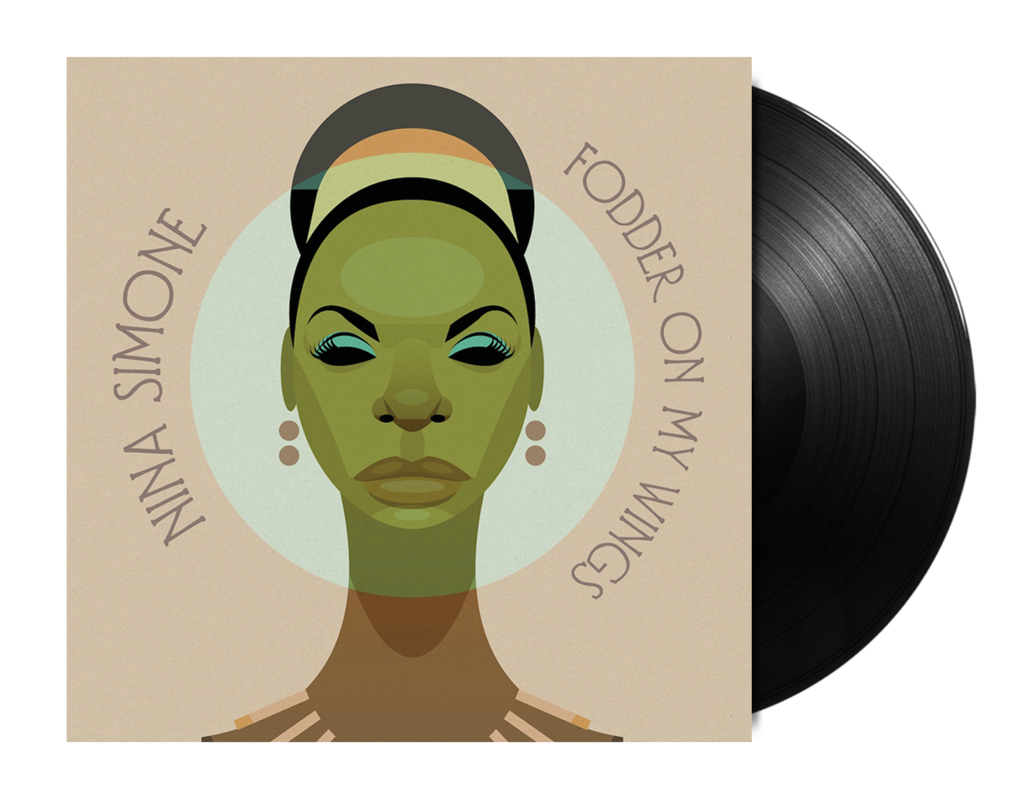 8. What advice would you give for aspiring creatives and artists, and those who are graduating this year?

It is the dream job to be successful in your chosen creative discipline. To make that dream come true you have to work your arse off just to even give yourself a remote chance. You have to dedicate as much time as possible to realise that dream. It doesn’t come in the way of a silver spoon. Having talent is helpful, but will count for nothing if you don’t work hard and have the right attitude.

I’ve seen artists who are maybe less artistically gifted than some, but their dedication has made them successful. I’ve seen incredibly gifted artists, who just aren’t as successful as their ability suggests they should be. It’s not to say they don’t work hard: the harder you work the better chances are of being successful.

9. All creatives have different approaches to receiving a brief or starting on a piece of artwork, do you have a typical process for when creating your illustrations?

All briefs are different and so are the art directors who set the brief, so I approach each brief differently as to what is required from me. For me, there is no typical way. You work in whatever way you have to, to see the brief through. 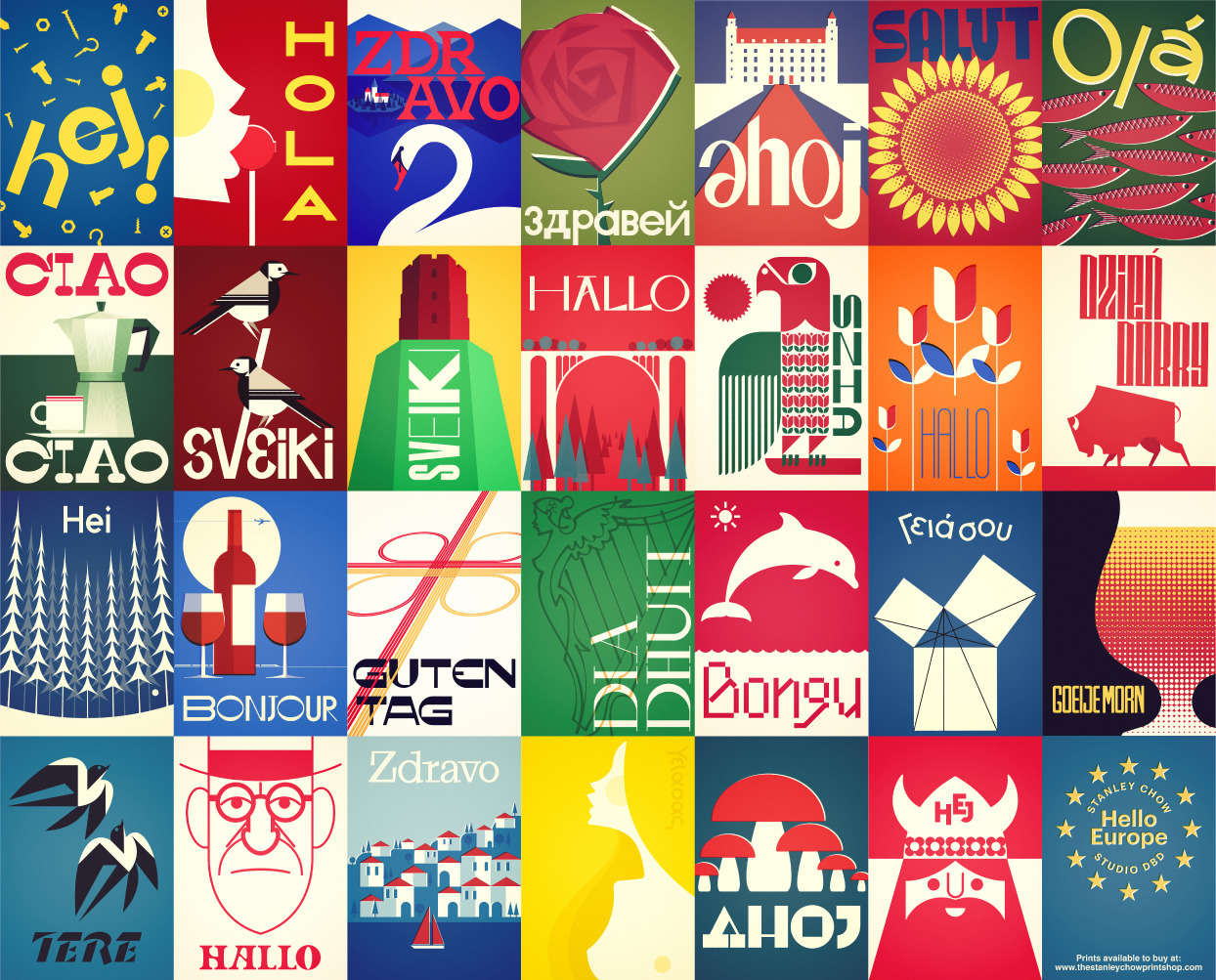 10. What are you currently working on, any projects in the pipeline?

I’m currently working on a series of kids books for Penguin Random House. They’re little biographies of famous figures. The first two which are due out this Christmas is of Martin Luther King and Jane Goodall. These books will be keeping me busy until next summer.

11. This series is all about putting the spotlight on different creatives, are there any creatives who you have recently come across that you would recommend?

I recommend Jane Bowyer, check out her work here: bowyerjane.co.uk

Some really interesting insights there. We are looking forward to seeing the series of kids books that Stanley is illustrating for Penguin Random House.

And we’ll be back soon with another creative spotlight on one of our favourite artists. Keep an eye out!

How to Create a B2B Content Marketing Strategy that Delivers Results