We're back with another load of fresh picks for you.

This month we cover a whole range of subjects from typography to Pride to the Black Lives Matter movement. We hope you enjoy reading about the things that have inspired us this month.

With the return of the Premier League, what better time for the launch of Rick Banks’ Football Type 2?

Following the great success of its predecessor in 2013, Football Type 2 is an extensive guide to typography within the world of football. 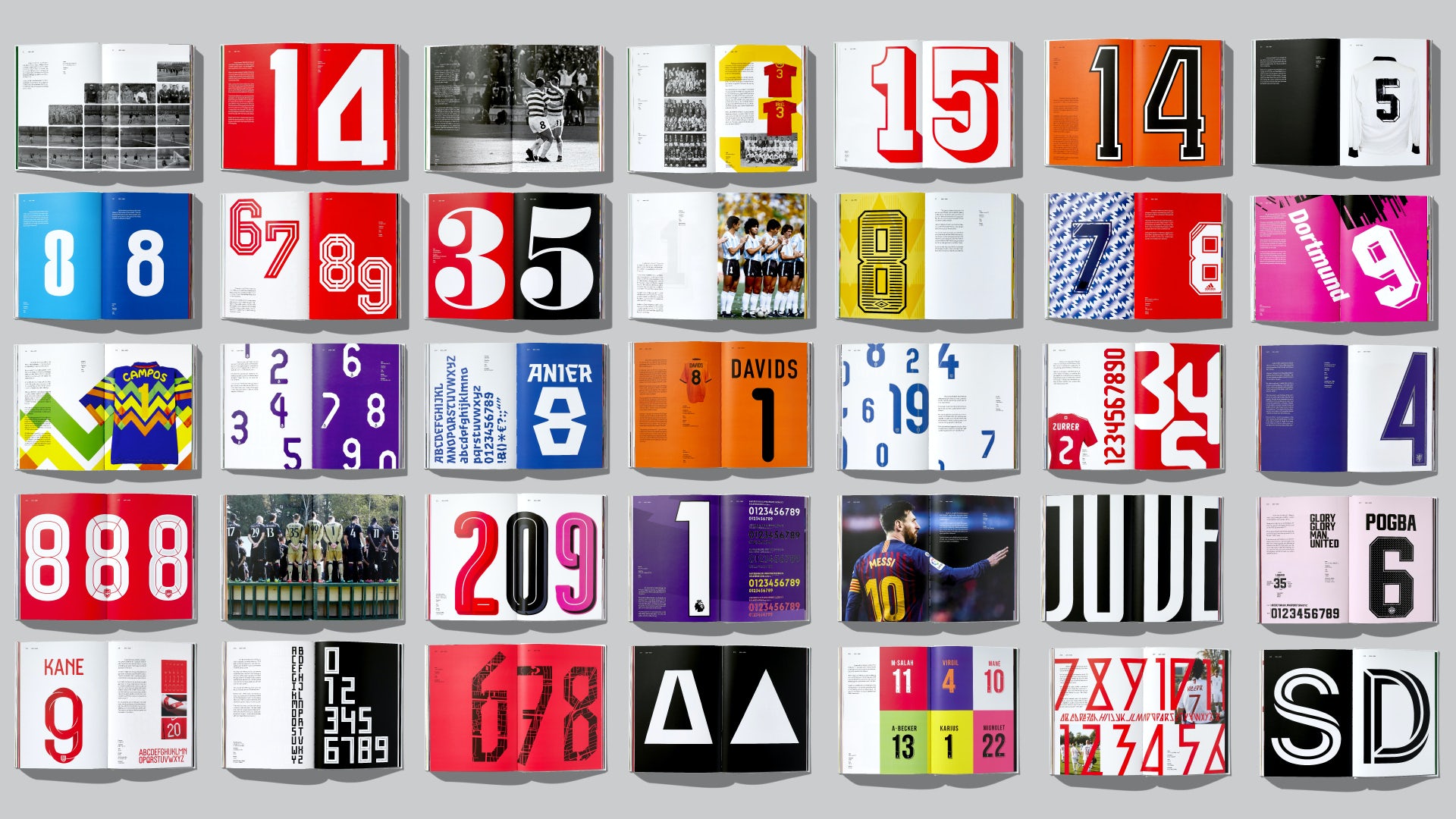 The book is a visual archive of kit lettering and follows the various trends that have occurred through the years.

It’s interesting that despite the first book being released just 7 years previous, the huge changes that have occurred since that book made Banks revisit the publication. Football Type 2 is designed by Face37 and is available via the Manchester studio’s online shop. A must for fans of football and type!

For my Fresh Pick this month, I’ve chosen the Black Lives Matter movement – a call to action and response to anti-Black racism. Whilst the #BlackLivesMatter movement began in 2013, the tragic death of George Floyd has refocused the world’s attention on the unfair treatment of black people. I think it’s been truly amazing to see everyone coming together in such an enormous way to listen, educate and spark real, positive change on such an important matter. In the midst of the pandemic when social distancing is encouraged by many governments across the world, social media has been instrumental in spreading the #BlackLivesMatter message, as well as helpful, educational resources, videos, petitions, etc. These things have filled my newsfeed since the end of May and I, for one, feel much better educated because of them. #BlackoutTuesday – a peaceful demonstration on social media to encourage education on BLM – took place on 2nd June and I’ve never seen my Instagram feed like it. Not a single person I follow posted anything ‘normal’ to their feed. Instead, my feed was full of black tiles and educational content, really forcing people to stop, listen and think. 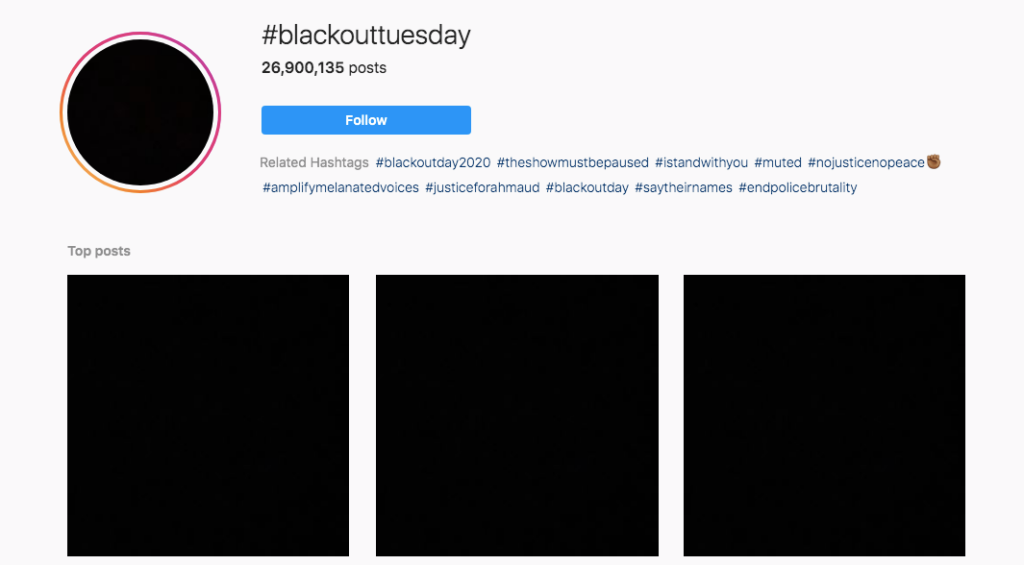 I’ve always known that social media had huge potential to spread information and I think that’s so interesting. But what I love more is seeing the power of social media being used for such a good cause.

I hope the efforts of everyone involved in the BLM movement are able to spur more people on to educate themselves and encourage real change.

You can find these educational resources by searching #blacklivesmatter on social media, following the Black Lives Matter official page, or by checking out their website here.

The blacklivesmatters.carrd.co/ website is also constantly being updated with news and resources, so I’d recommend visiting that too.

Every year around the world, massive pride parades are held to celebrate and uplift the LGBTQA+ community. Pride festivals are typically designed to be a safe space to allow individuals to feel free to celebrate themselves and be proud of their identity, however, this has been brought to a halt with the pandemic.

Not letting a global pandemic get in the way, Pride in London have kickstarted June (Pride month) by taking their festival online. Their 2020 online theme which was decided at the start of the year is #YouMeUsWe which aims to encourage us “to reach out and understand one another” and become “better allies within our own community.” 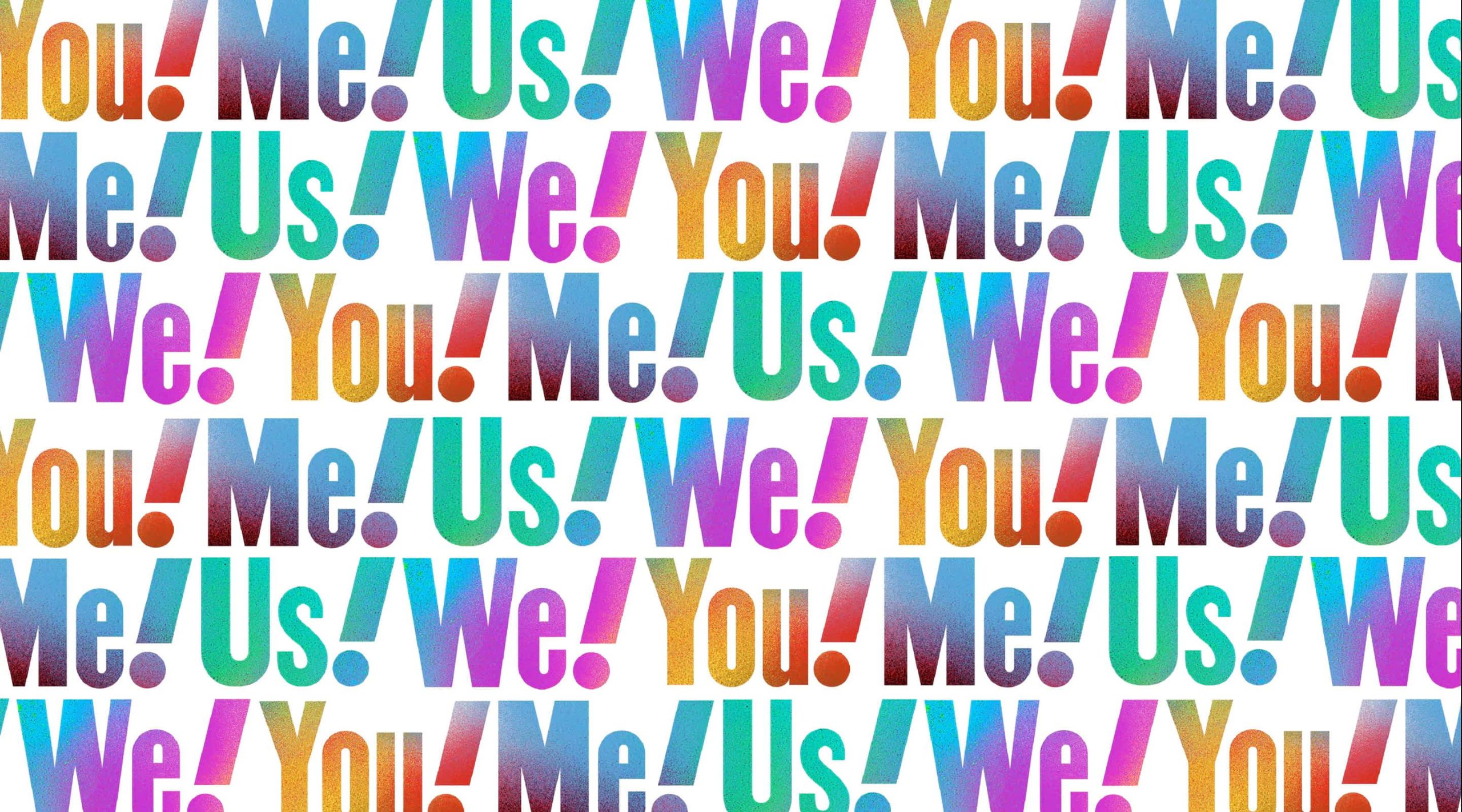 Many people who may identify within the LGBTQA+ spectrum may be at risk in their own homes for their identity, feel isolated or continue to face discrimination, even online. Pride is often a way for people to feel accepted for their identity and have a safe space to talk about their gender, sexuality or mental health. Pride in London have created a video detailing the difficulties the community are facing at this current time, and how a global pandemic, despite being extremely dividing, can bring people together online, even from outside of London.

As well as encouraging people to get talking about their identities and wellbeing, Pride in London is also setting a goal to reach 30,000 acts of allyship – one for every person who would have marched in the parade. These acts include donating to the Unity Fund,  pledging supportive allyship, fighting back against discrimination and sharing stories of support from within the community.

Pride aims to create an accepting community, and I think this act of defiance and congregation can only help to make the community stronger, creating safe spaces online to talk about sexuality, mental health and gender is imperative to keeping LGBTQA+ identifying people safe and alive during such an unexpected time.

Spotify is the master of data visualisation. Their “Spotify Wrapped” campaign was a huge success, giving you a summary of the artists you listened to most over the last decade.

Their latest project “Listening Together” was actually started as an experiment by Kyle McDonald in 2014. Fast forward to 2020 and Spotify has hundreds of millions of listeners. They discovered that at every second 30,000 people start playing the same song with someone they’ve never met. 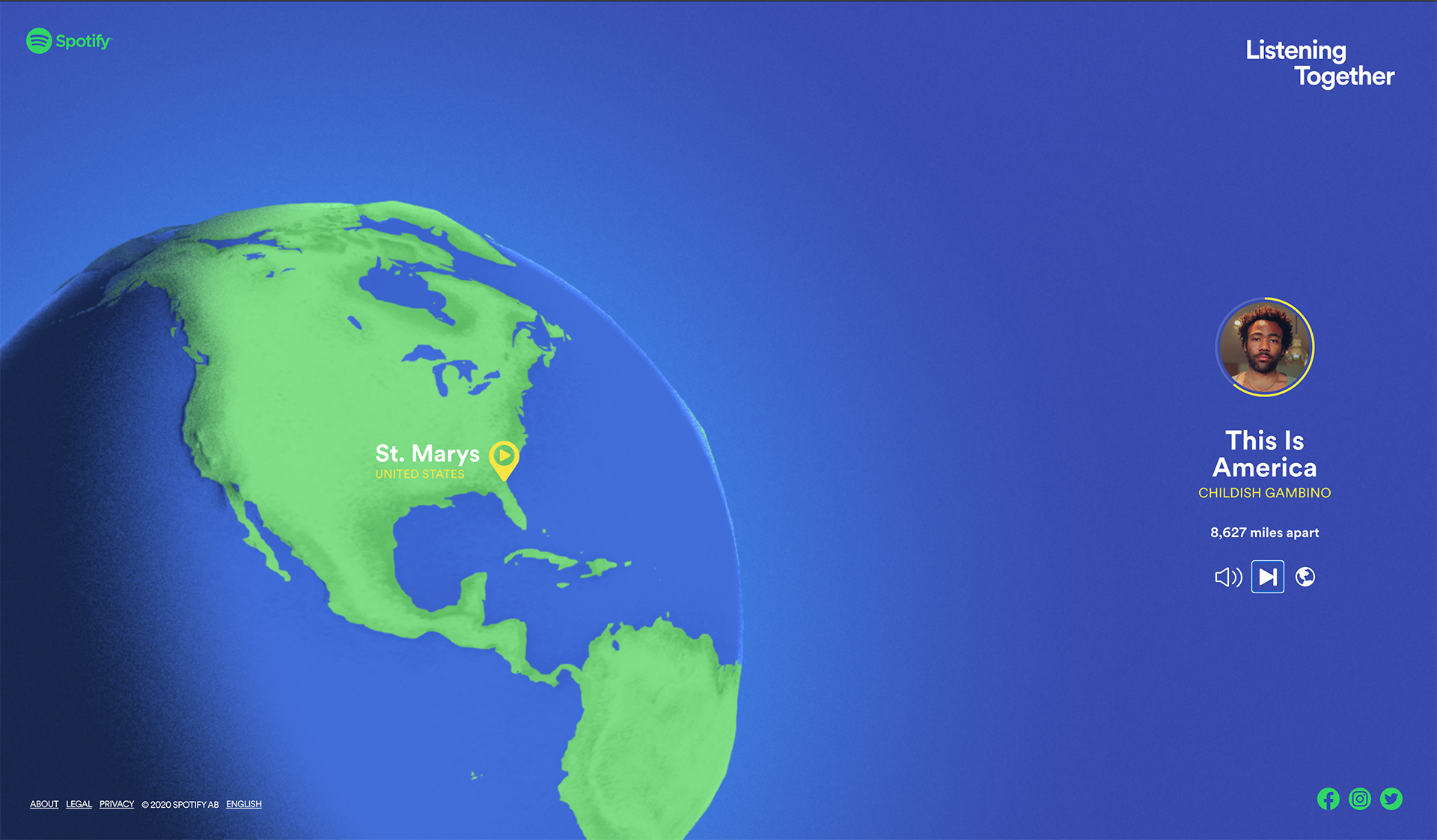 I think it’s a great concept and they’ve coupled it with an awesome visualisation that you can play with here.

For as long as I can remember, watching films has been a big hobby of mine. What I often find as memorable as the scenes in a film is the promotional artwork and posters that go with it.

The British Film Institute has selected a group of designers, illustrators and photographers to help relaunch its Film Classics book series. A total of 20 titles are set to be published, bringing a more diverse set of films and writers to the forefront. 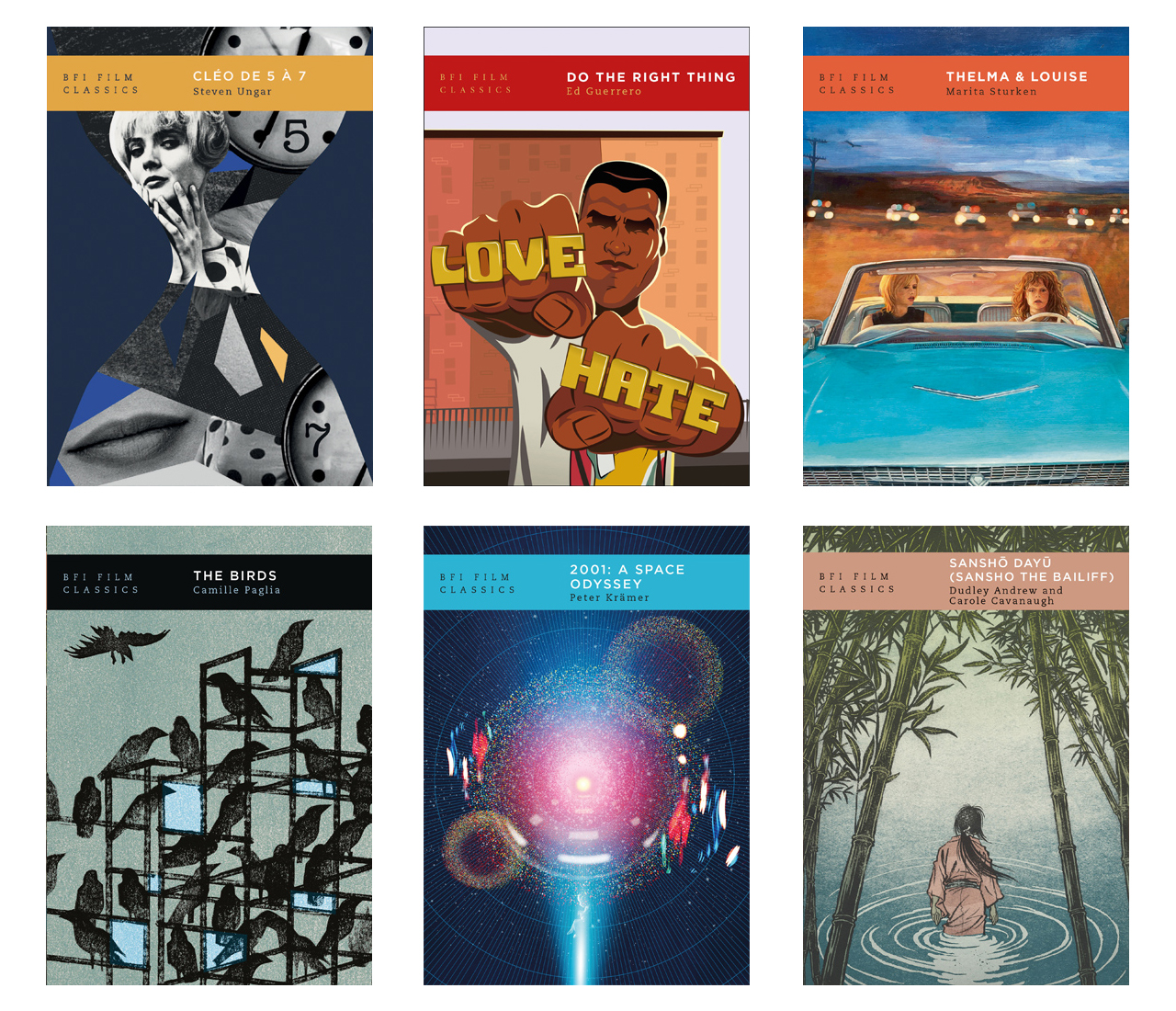 Lockdown really has made me realise how much I enjoy going for a beer at the pub after work on a Friday! And I’m also a big cinema fan… so when I came across brewing giant AB InBev’s beer and film pairing suggestions I had to check it out.

I don’t know about you but I’ve been watching a lot of films to pass the time I might usually be spending (some of) at the pub, so this is another thing to add to my weekend list of not-going-to-the-pub activities.

There are suggestions for people who like classic movies, comedies, adventurers and documentary lovers. With drink pairings from whiskey to wheat beer.

So if you’re stuck for something to do this weekend, check out the pairings here.

We’ll be back in a month or so to tell you about some more cool stuff we’ve spotted. But in the meantime, we’ll be sharing some niiiice things to look at over on our Insta. Give us a cheeky follow here.

The Impact of Personal Branding in Sports