Alongside the entertaining April Fool’s posts that almost tricked us, we’ve spotted some innovative partnerships, brilliant campaigns and rebrands this month!

Tesco have been featured on our fresh picks a few times over the last few years, usually for their tongue-in-cheek creative and risqué copy. But I thought that this campaign deserved highlighting for both its ingenuity and its inclusivity.

This April, billions of Muslims around the world come together to observe the month of Ramadan. To mark the occasion, Tesco unveiled their first-ever Ramadan-focused OOH ads, created by BBH London.

The innovative billboards show empty plates during the day, symbolising the daylight fasting that takes place during the month. However, as the sun sets, the plates begin to fill up with food, signifying the meal of Iftar, when communities around the world celebrate the breaking of the fast at dusk. 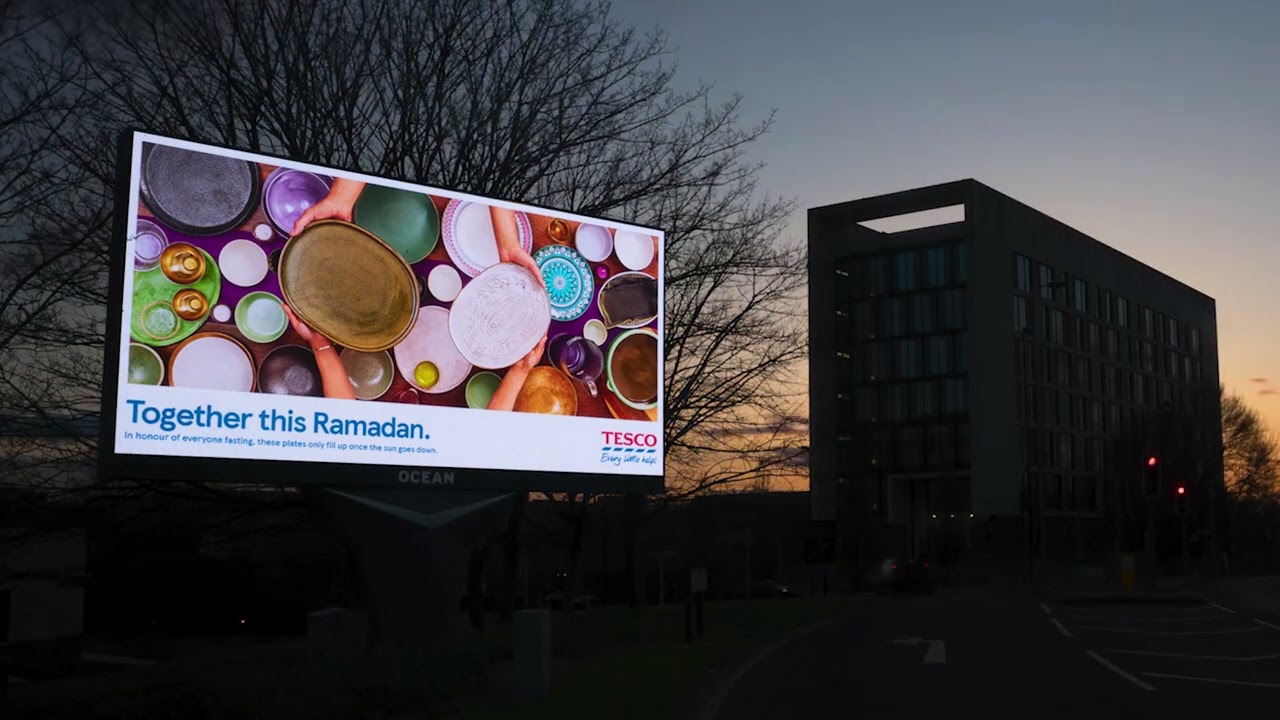 Dan’s Pick – How to Stop Sweden

This year sees not only the men’s FIFA World Cup taking place in Qatar at the end of the year, but also this summer, the Women’s European Championships kicks off in England. Sweden, have this month launched their kit for the tournament with an innovative marketing approach from Adidas. As a country known for its openness, and high level of transparency, the kits all come with a printed guide on the team’s tactical style and individual player attributes.

Titled, “How To Stop Sweden”, the guide is displayed in the stitching on the inside of the shirt collar. As well as an introduction video, there’s even a website, with full analysis on how the team can be beaten. 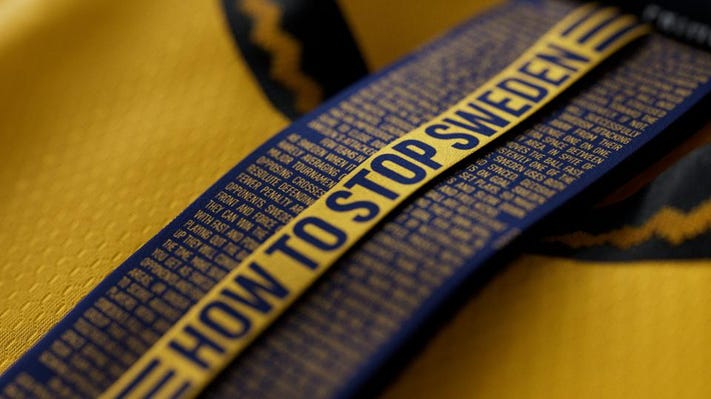 In the Summer of 2021, The FA announced that they would be the official charity partner of the Alzheimer’s Society for two years. The purpose of this is to work closely together to help football fans with dementia remain part of the game, advise on crucial dementia research, increase awareness of their support services and most importantly, raise vital funds for the charity.

For their first high-profile fundraising campaign, it was decided that the Men’s England team would play the second half of their international against Switzerland, on 26th March 2022, sporting nameless shirts, to highlight how people with dementia lose precious memories, even the names of their favourite football players. And following that match, the shirts will then be auctioned to raise crucial funds for Alzheimer’s Society’s work.

The stunt was to drive home that football should be unforgettable, as it’s a game that creates lasting and important memories for many. For a football fan, it would be unthinkable to forget the name of a player, but for many football fans living with dementia, this is the reality. A minute long video was also released digitally to support the message of “Football should be unforgettable”. 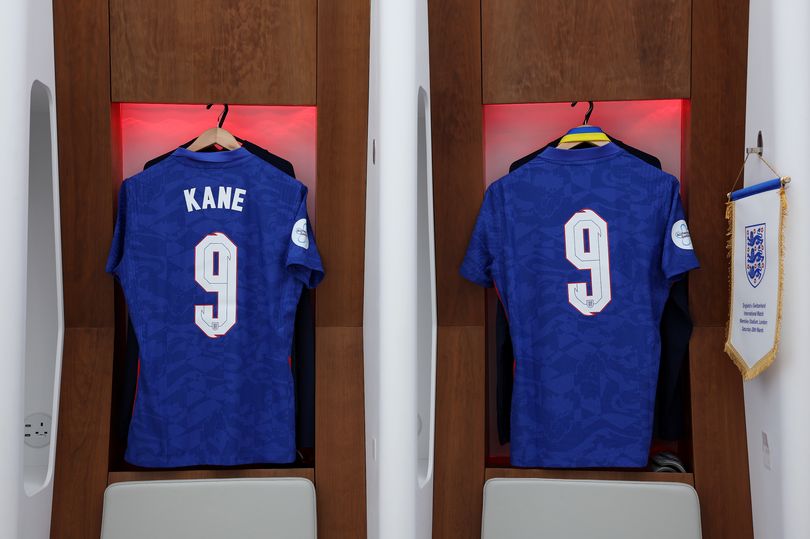 For my first fresh pick I wanted to showcase something fun and lighthearted. I love when artists take an object or concept and apply it to something completely different, and Helga Stentzel‘s washing line art is a perfect example. It’s hard to imagine how the everyday mundanity of drying clothes could be anything more than that, but Stentzel has managed to make it something unique and entertaining.

And it doesn’t stop at drying clothes – she’s also taken on bread and cabbage sculptures, keyboard popcorn and lego head sweetcorn – but her Laundrosaurus remains a personal favourite. 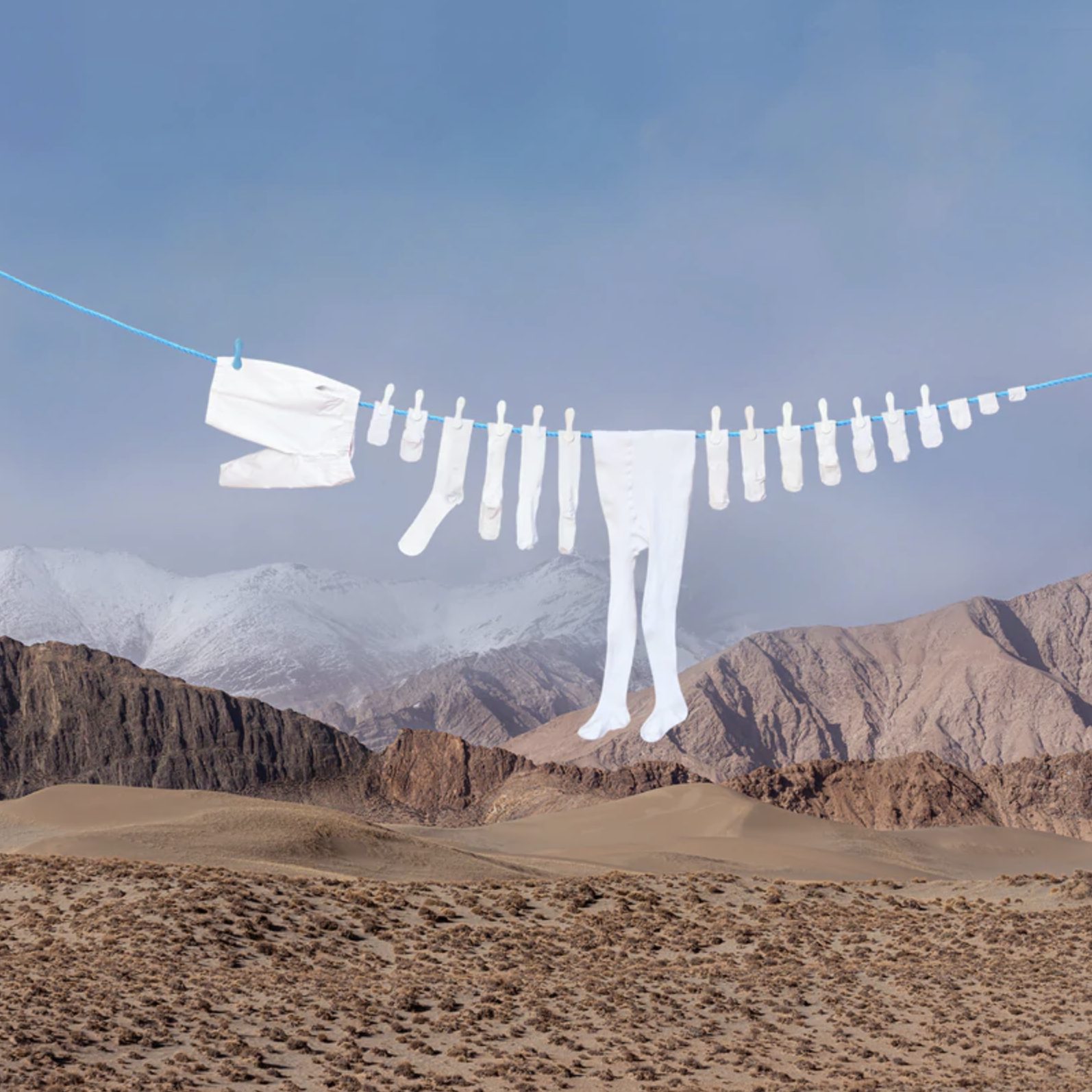 When my two favourite things, design and motorsport, combine it always makes for something special. Nicolai Sclater, or Ornamental Conifer as he is know throughout the art and design scene, creates stunning liveries for cars, bikes, helmets and anything he can pretty much get his hands on, oh and they’re completely done by hand.

In 2019 he created a livery for a 1980 VW Scirocco for that years Sema Show and it still blows my mind today! 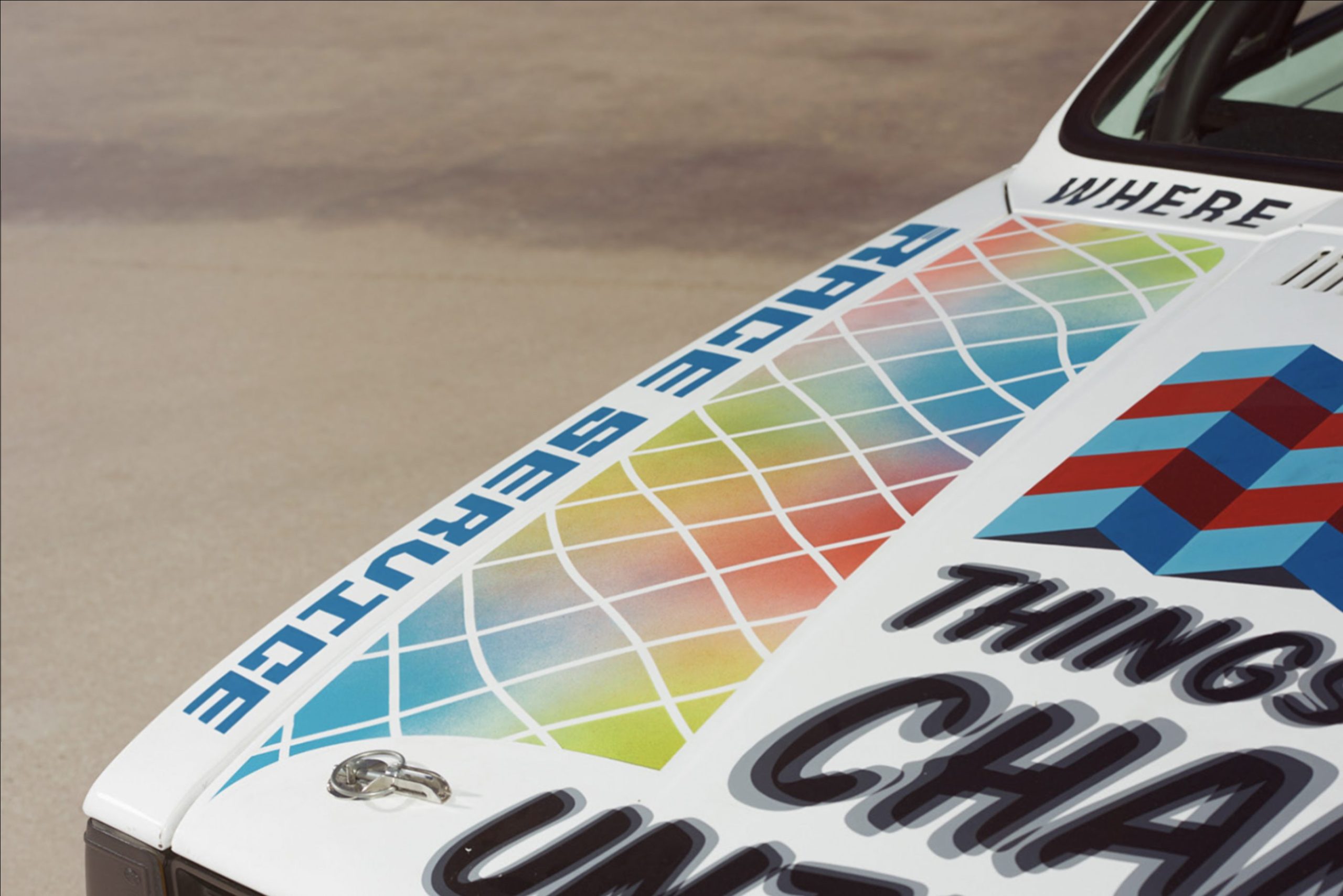 This month has seen the launch of a rebrand of Baskin-Robbins, which is its first in 20 years. Created by retail brand agency ChangeUp Inc, the identity has been modernised, whilst keeping its iconic 31 flavour heritage as the focal point. Aimed at ice cream lovers old and new, the rebrand is also centred around the tagline ‘Seize the Yay’, alongside the 31 symbol integrated into the BR monogram.

Aiming to create a more playful brand expression, other new features of the rebrand include a refreshed colour palette, photography, packaging, staff uniforms, in store graphics, as well as some limited edition merch on sale. Along with the launch of the new identity, three new flavours are also now on offer. These are Non-Dairy Mint Chocochunk, Ube Coconut Swirl and Totally Unwrapped. 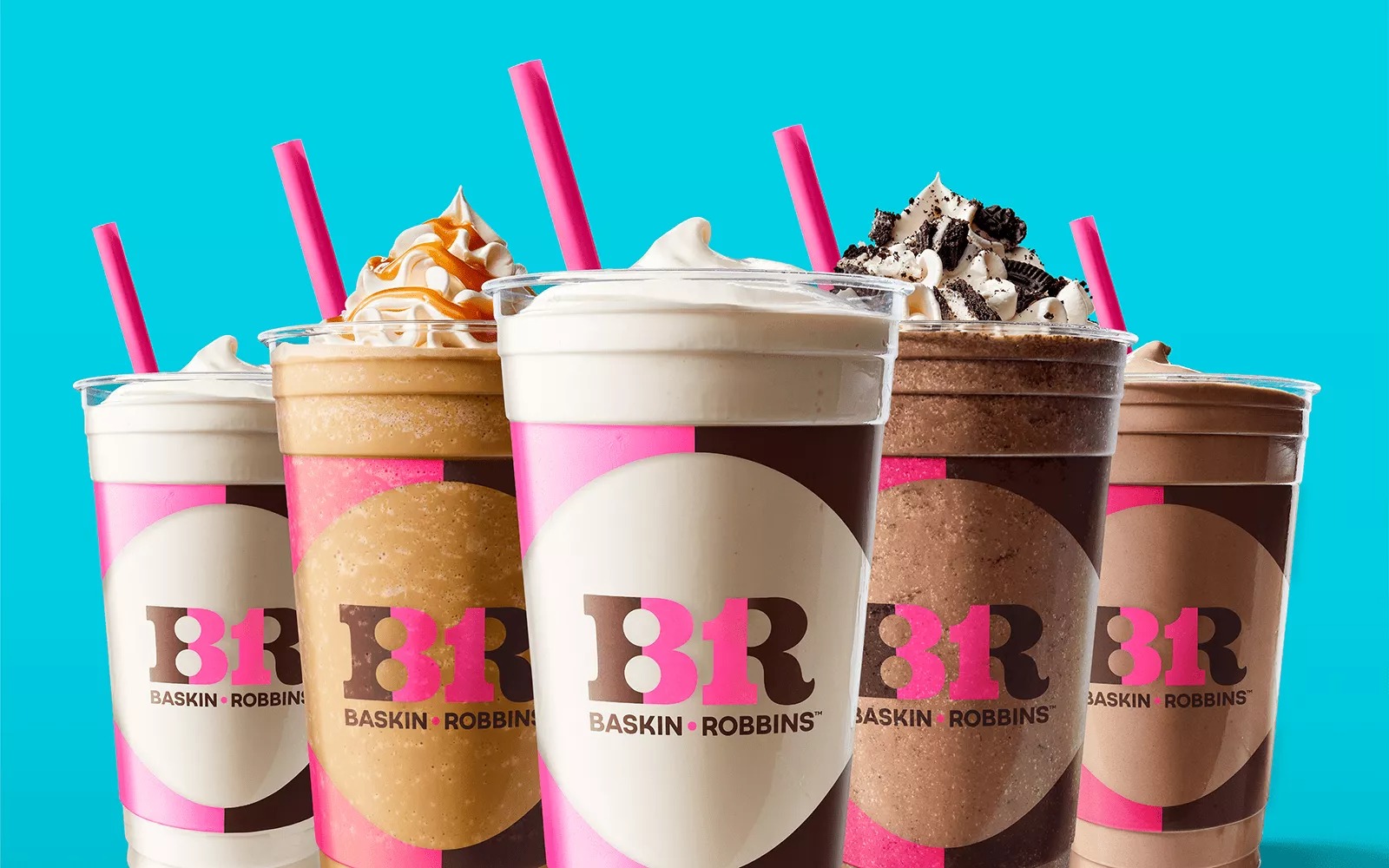 April fool’s day always brings out the weirdest and wackiest social media posts. It’s a good opportunity for brands to showcase their humour and to make fun of themselves.

I’m normally quite good at spotting an obvious joke but this year’s April fools by Walkers made me look twice. I really do wish the sandwich crisp was real, I’d 100% buy this product and it doesn’t look like I’m the only one. The post had replies across all channels asking if Walkers would consider making the product. A few replies suggested that Walkers may actually consider it – I’ll eagerly await an update! 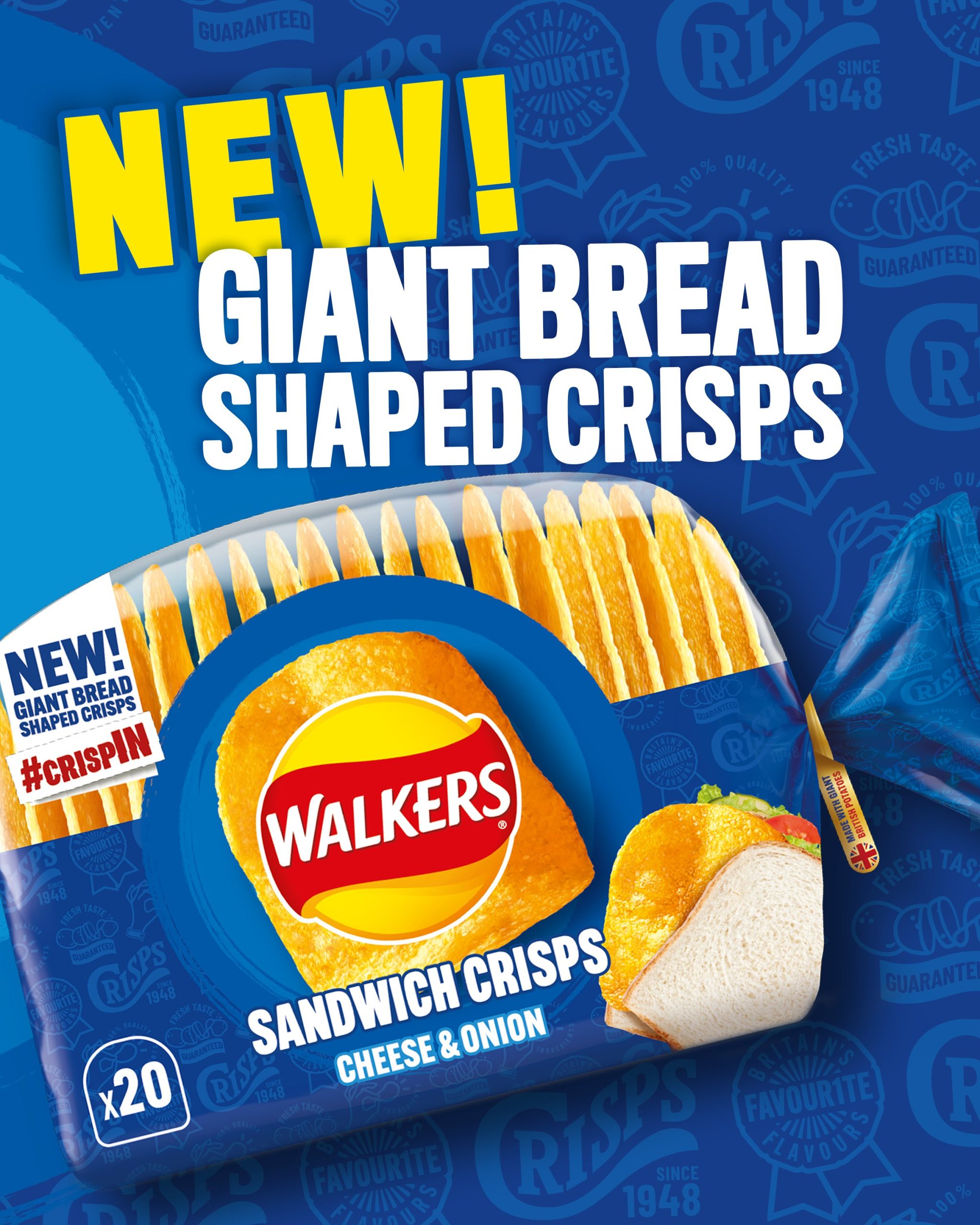