Fresh picks April: Support Your Boozer and Chocolate With Humour

This month the UK was finally able to leave lockdown, with restrictions easing across the nation! Some of our fresh picks are influenced by the ease, whilst others include humorous packaging and animated reality. Read on to find out more.

Le Chocolat des Français are known for their creative packaging and in their latest campaign to promote their new limited-edition bars, they’ve really pushed the boundaries some more.

The campaign by TBWA Paris sees a series of illustrators depict stereotypical scenes of living in France.

The set of illustrations are stylish, fun, and colourful and really stand out from their competitors! 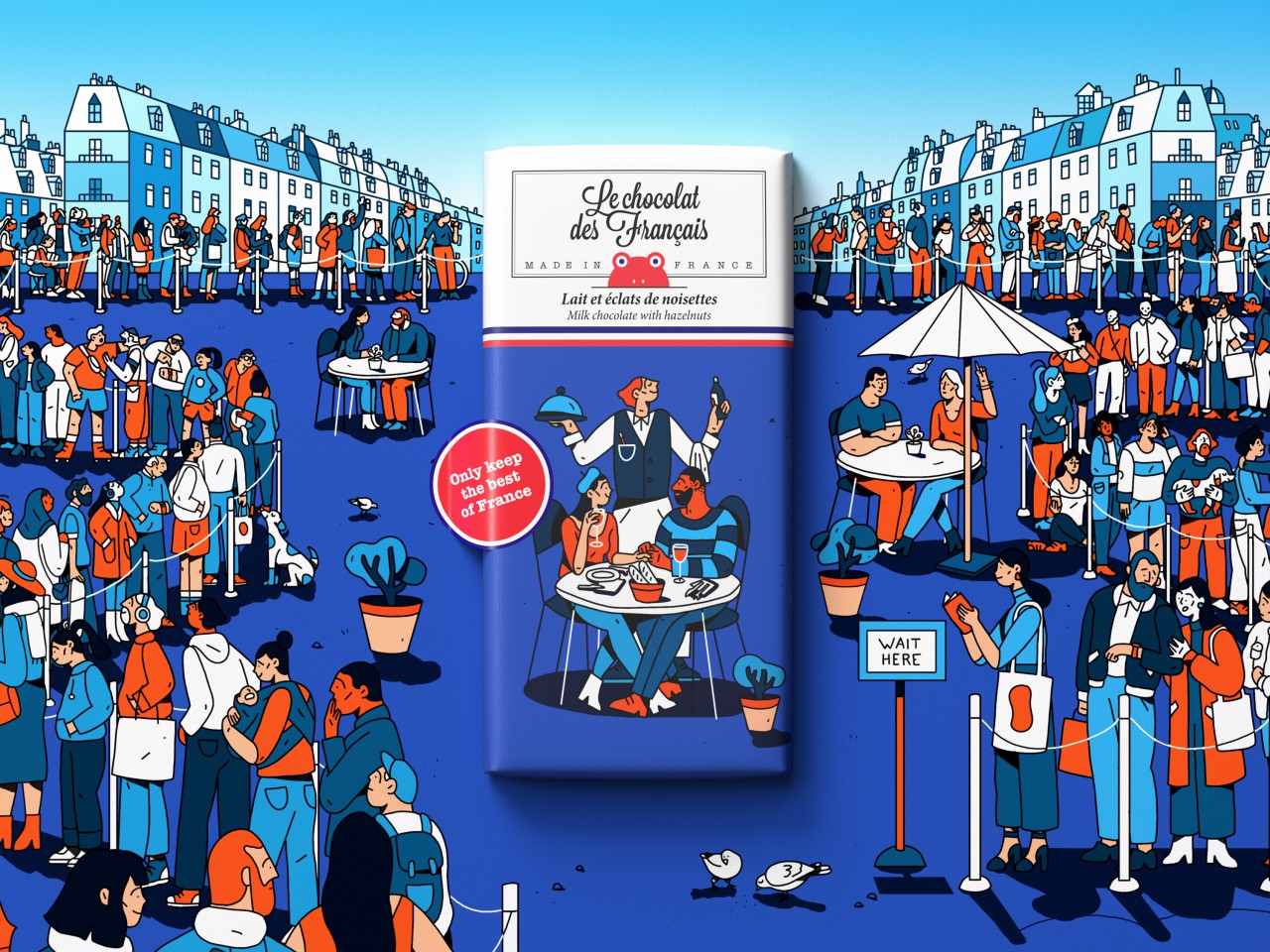 April 12th was a day that many people were looking forward to in England: the day the pub beer gardens reopened!! (among other relaxations).

Although some people may not be ready to venture back out into the world, Tesco’s adverts to mark the occasion were something that summarised the “we’re all this together” ethos that has risen over the last year.

Tesco released a series of print and digital adverts that simply showed a glass of beer, with messages such as “Pop to your local if you can” and “Instead of telling you about our fantastic deals, we’re using this space to ask you to support them (as long as you feel safe to do so).

Their adverts encouraging people to support their local pubs were a lovely idea and showed real solidarity to the hospitality sector – while still recognising that not everyone may be ready to do so.  A lovely little bit of marketing that made me smile this month. 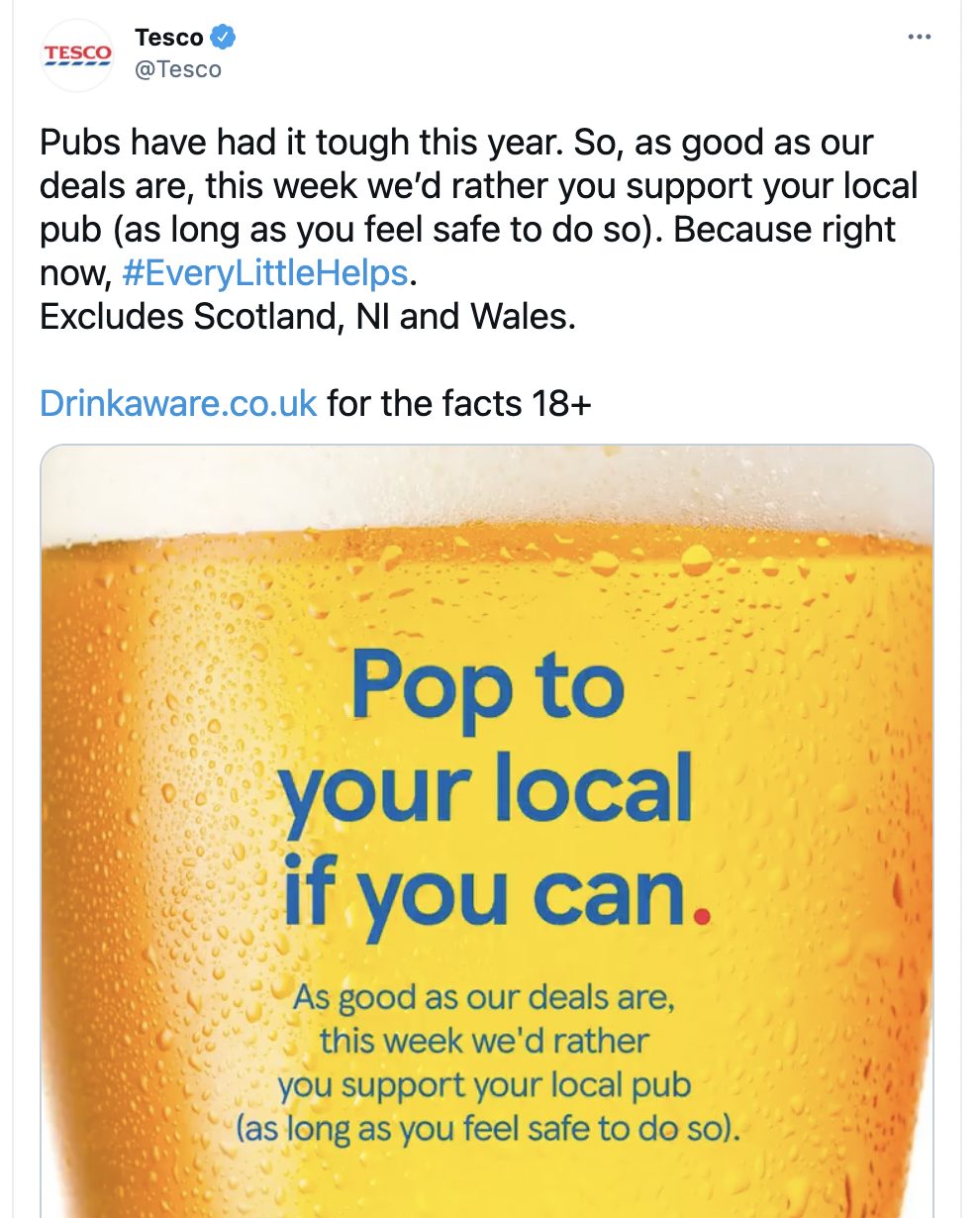 This month, to mark the end of lockdown and the beginning of spring, as well as the re-opening of establishments across the UK, Morrison’s decided to continue boosting the nation’s spirits by giving away 25 million sunflower seeds!

The UK supermarket wanted to help celebrate the growing sense of national optimism by planting sunflowers across the UK. The sunflower seeds were offered to customers at checkout’s and were included within online shopping orders. 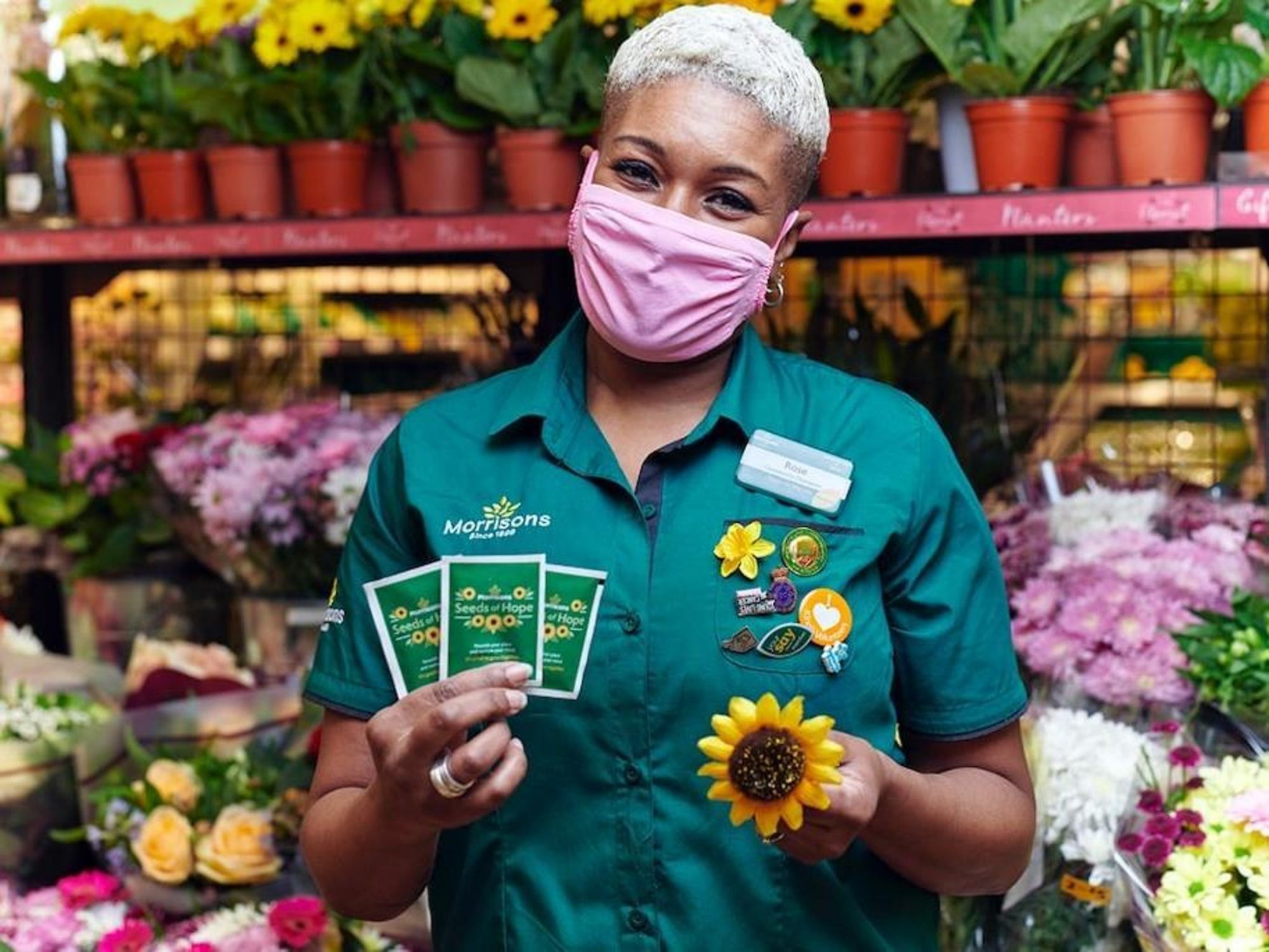 Piano Day is an annual worldwide event which takes place on the 88th day of the year, the number of keys on the instrument, which was 29th March in 2021. The aim of the day is to create a platform for piano related projects, and this year more than 50 events were listed on their website.

The landing page of the site features an interactive block in a flip wall style which allows you to cycle through letters and numbers, with musical notes accompanying your clicks. The black and white tone of the website cleverly mirrors the colour of piano keys and I found it enjoyable to play around with the interactive element. 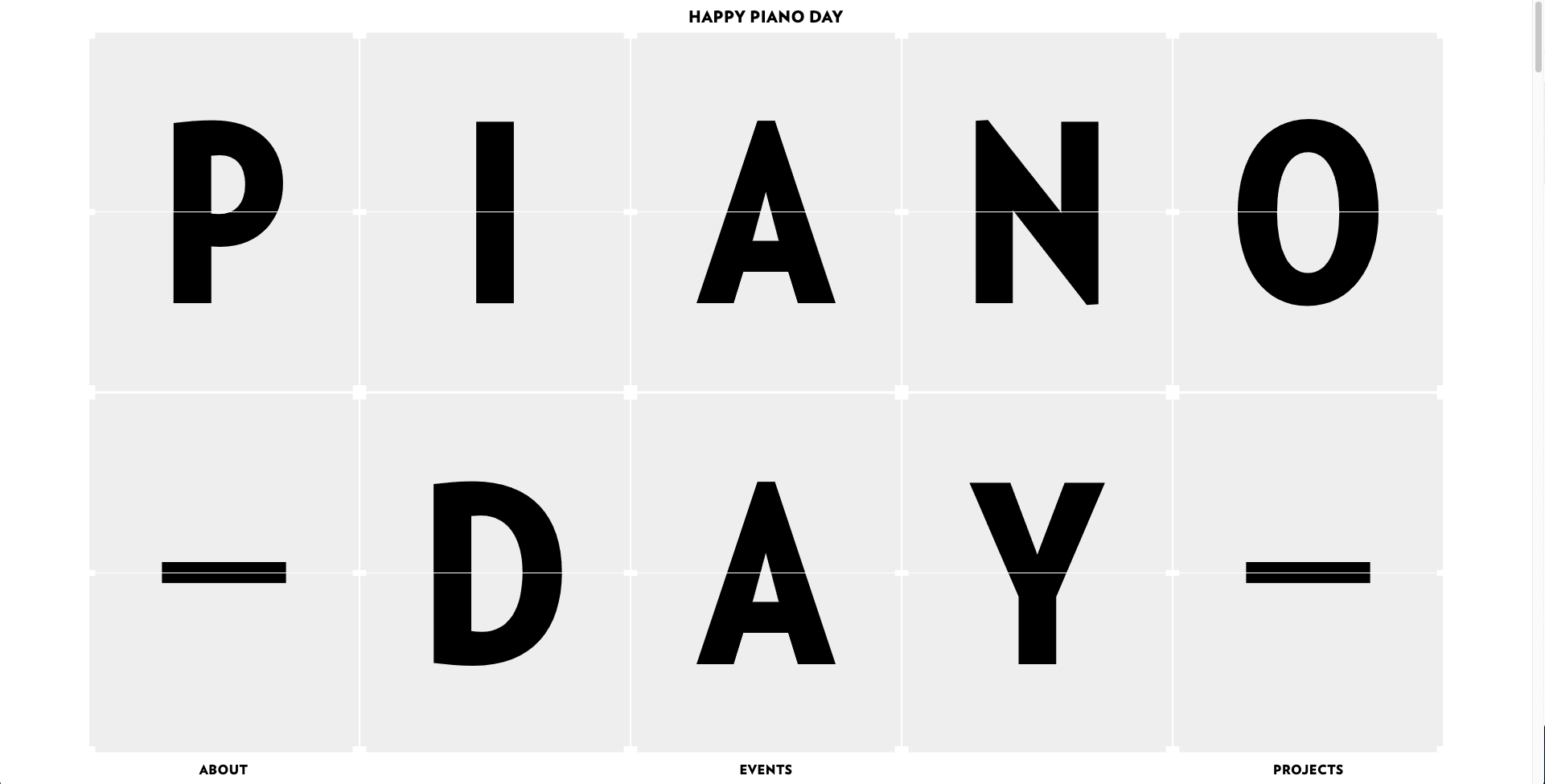 I’m a little bit late to the party when it comes to VR and AR as I don’t normally engage with content that’s available in 3D format! However, I recently discovered Google’s AR animals by an accident and was very impressed.

I discovered the AR feature is triggered during animal specific google searches. I’d searched for “Giant Panda” and was surprised to see that Google was displaying a “meet a life-sized Giant Panda up close” option.

Sure enough on clicking and pointing my phone’s camera into an empty space, a 3D Giant Panda appeared.

The tool is a great teaching aid and originally launched back in 2019. Recent updates have made the feature more accessible via most smartphones (this is probably why I’m only discovering it now!) and include a broader range of animals, including dinosaurs and insects. 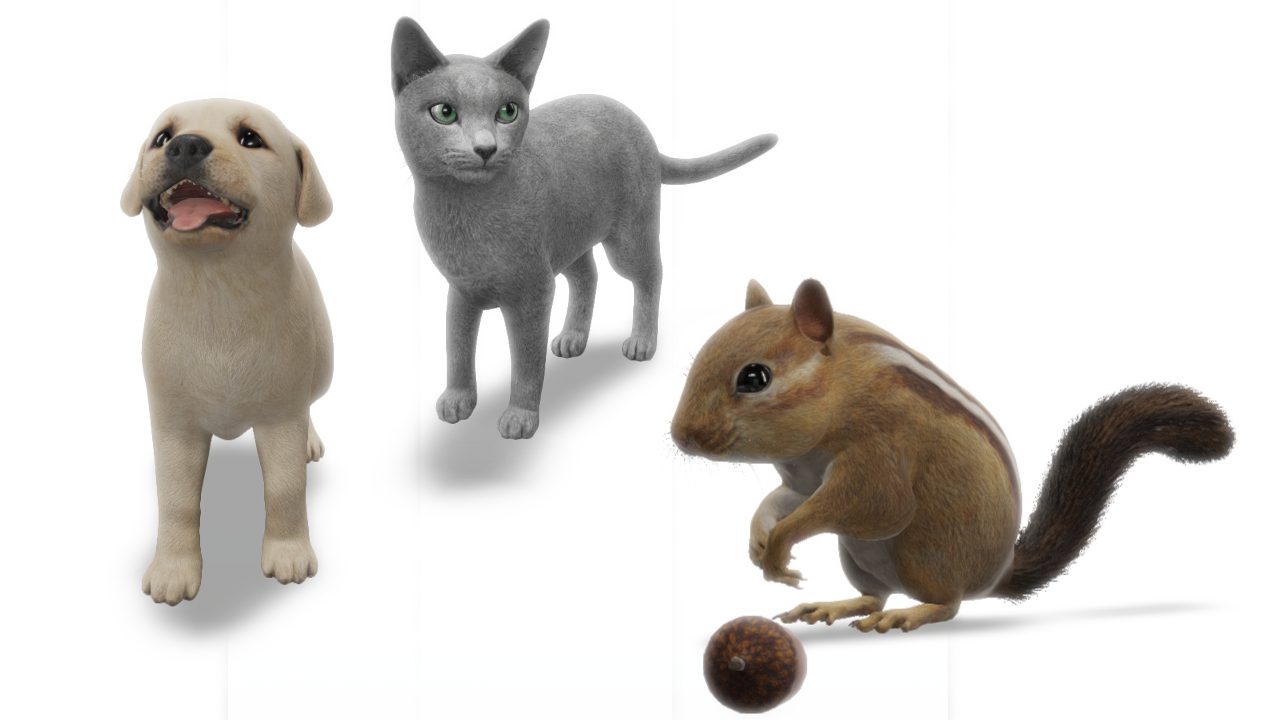 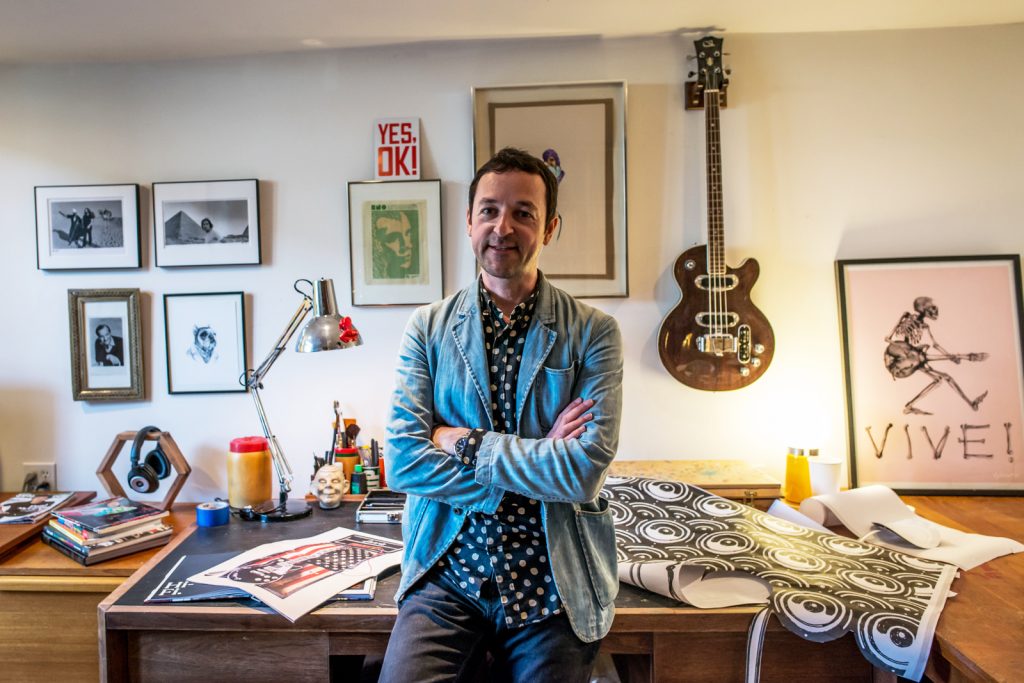