We can’t quite believe another year has whizzed by! We hope you’ve enjoyed reading about our fresh picks each month. This month, we’ve decided to highlight some festive content. Tis the season after all!

It’s a Shape Christmas is a digital advent calendar themed around Christmas & Shapes. Each year 25 creatives from around the world create a bespoke illustration or animation themed around a particular shape (Square, Triangle, Circle or Hexagon) and Christmas itself. Then each day a different piece is revealed leading up to the big day. Created by Manchester based Web Design Agency Shape, this year the project is focusing on its best picks from the past 8 years.

The site serves as a great place for like-minded creatives to find inspiration for projects as well as an opportunity for anyone to submit their work for recognition. The calendar style, layout and visuals of the site work very well with the on hover transitions. Also, the use of a soft pastel colour palette along with a modern flat illustration and iconography style makes for an all-round aesthetically pleasing project. 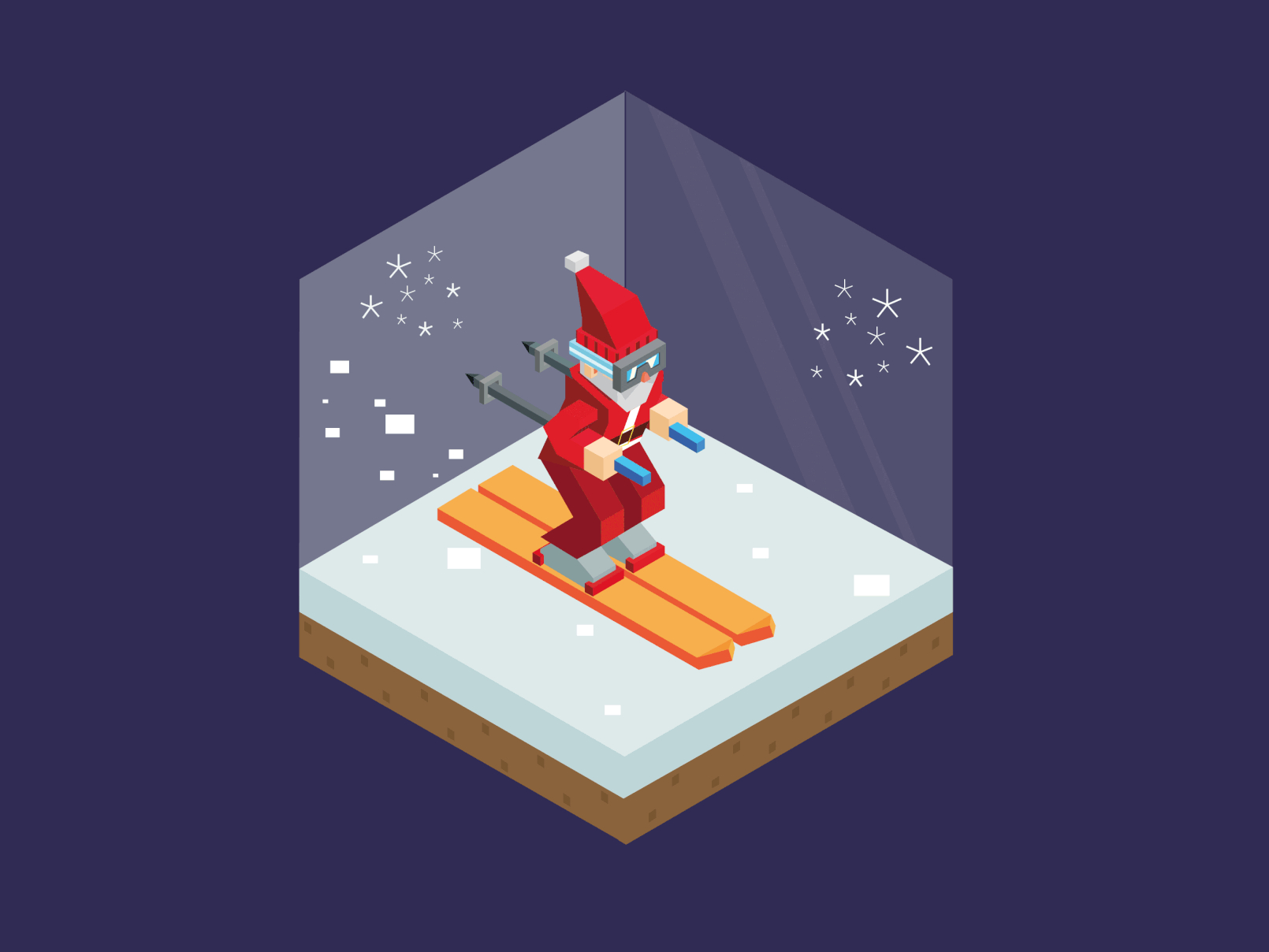 I wanted to inject some Christmas cheer into this month’s fresh pick but was really struggling to find one that I wanted to share.

Queue this absolute gem. There’s not much to say on this except that it made me smile, but it was also a great marketing effort from the team at M&S Food in collaboration with Tik Tok, for some incredible causes. What’s not to like.

M&S Romford has recorded a Christmas song (and video that you need to watch) to raise money for charities Shelter, and Together for Short Lives.

Apparently, some of M&S Romford’s Tik Tok videos have had 1.4m views so now I’ve seen this video I might have to take a peek to see what the fuss is all about! 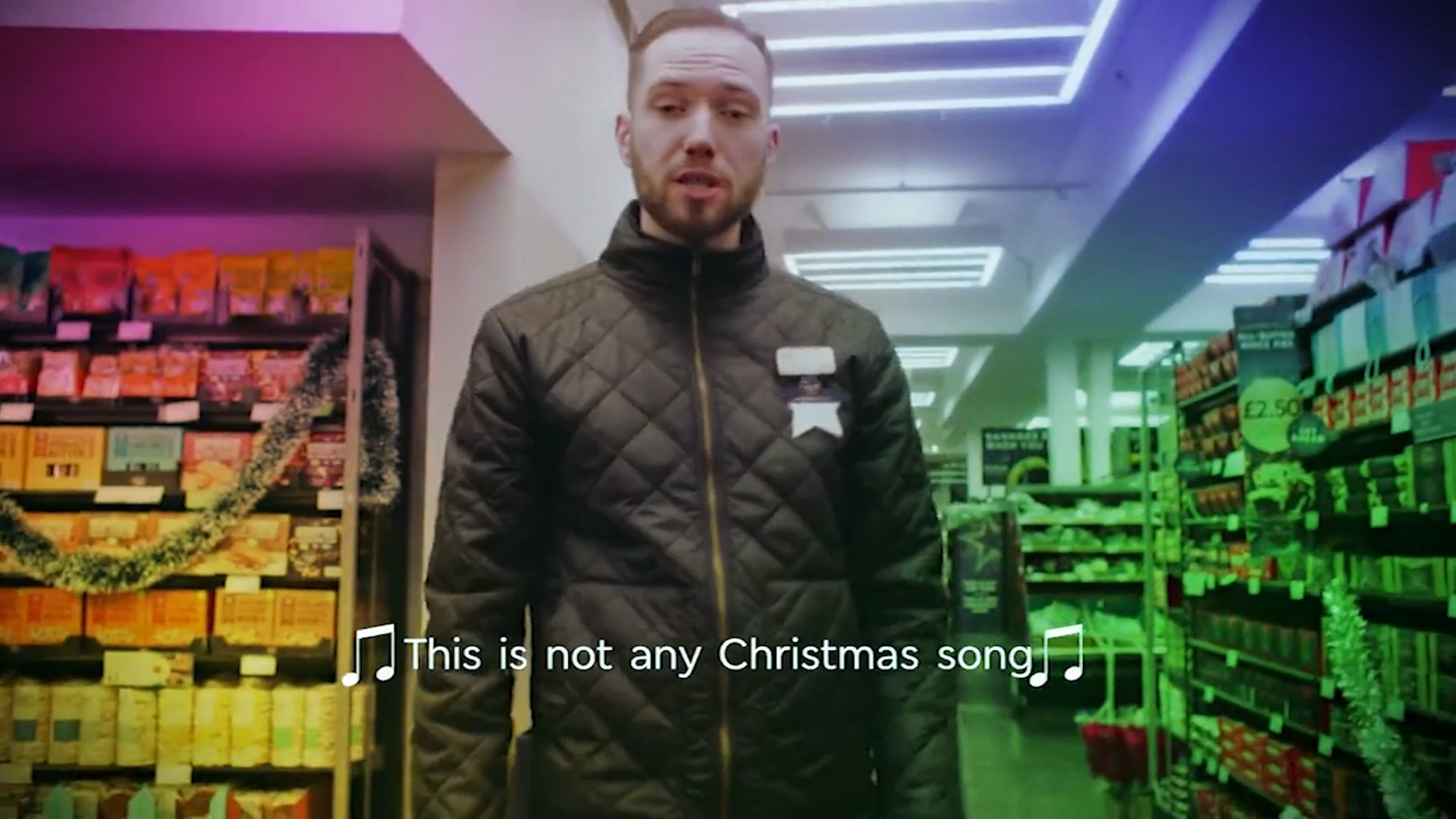 I really love how the world’s most powerful and most used search engine summarises what nations searched for in 2021! I think it’s so cool to reflect on what nations searched together, and how it weaves a story. I.e., people searching about lockdown, famous people and song lyrics. These searches not only show a society trying to combat and work through a pandemic (alongside other social issues), but one where we celebrate and embrace, music, films, and media. 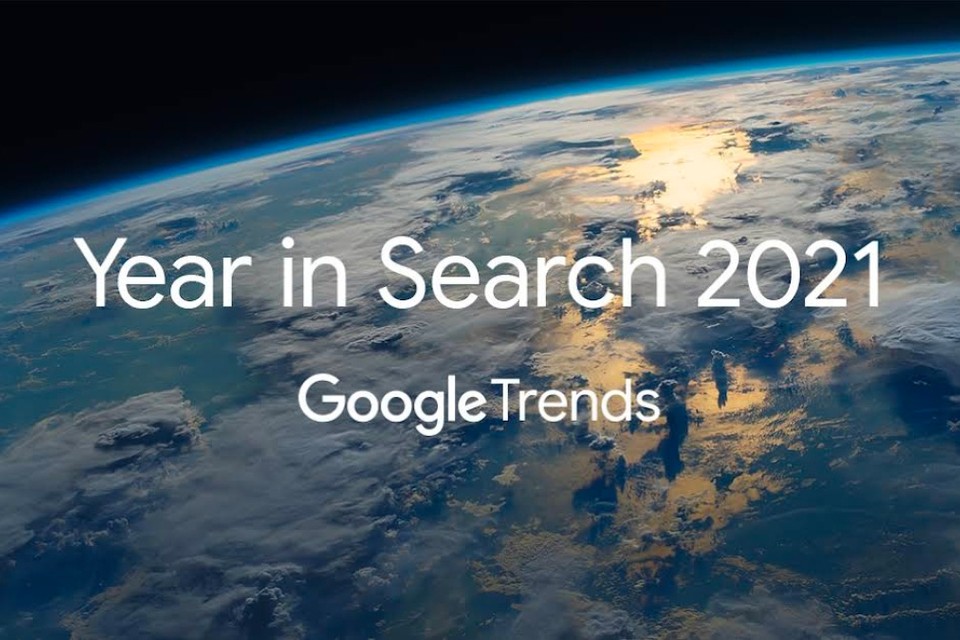 After featuring in our Creative Spotlight series earlier in the year, we’ve been a big fan of Ahra Kwon‘s work for a while! In her latest commission for Hyundai, Ahra has produced a lovely set of festive illustrations which are displayed in their office. I really like the distinctive illustration style, the toning, layering and minimal colour palette work great together!

Brazilian designer Natália Calvoso set herself a brief to create ten stamps for the Christmas festivities. Natália produced a set of stamps that not only capture the emotion of the festive season but encompass Brazilian passion through her choice of colour palette.

Each stamp contains typography inspired by classic signwriting fonts and is used to encapsulate a different emotion related to the festive season. Natália has captured the festive feeling and I would love to receive one of these stamps on a letter through the post!

The Vans Newcastle window display caught my eye and made me smile when I was recently doing some Christmas shopping! It’s festive, feel good and really on brand.

A few days later I was scrolling through social media and found out the window mural was designed and hand painted by local illustrator Laura Scribbles. 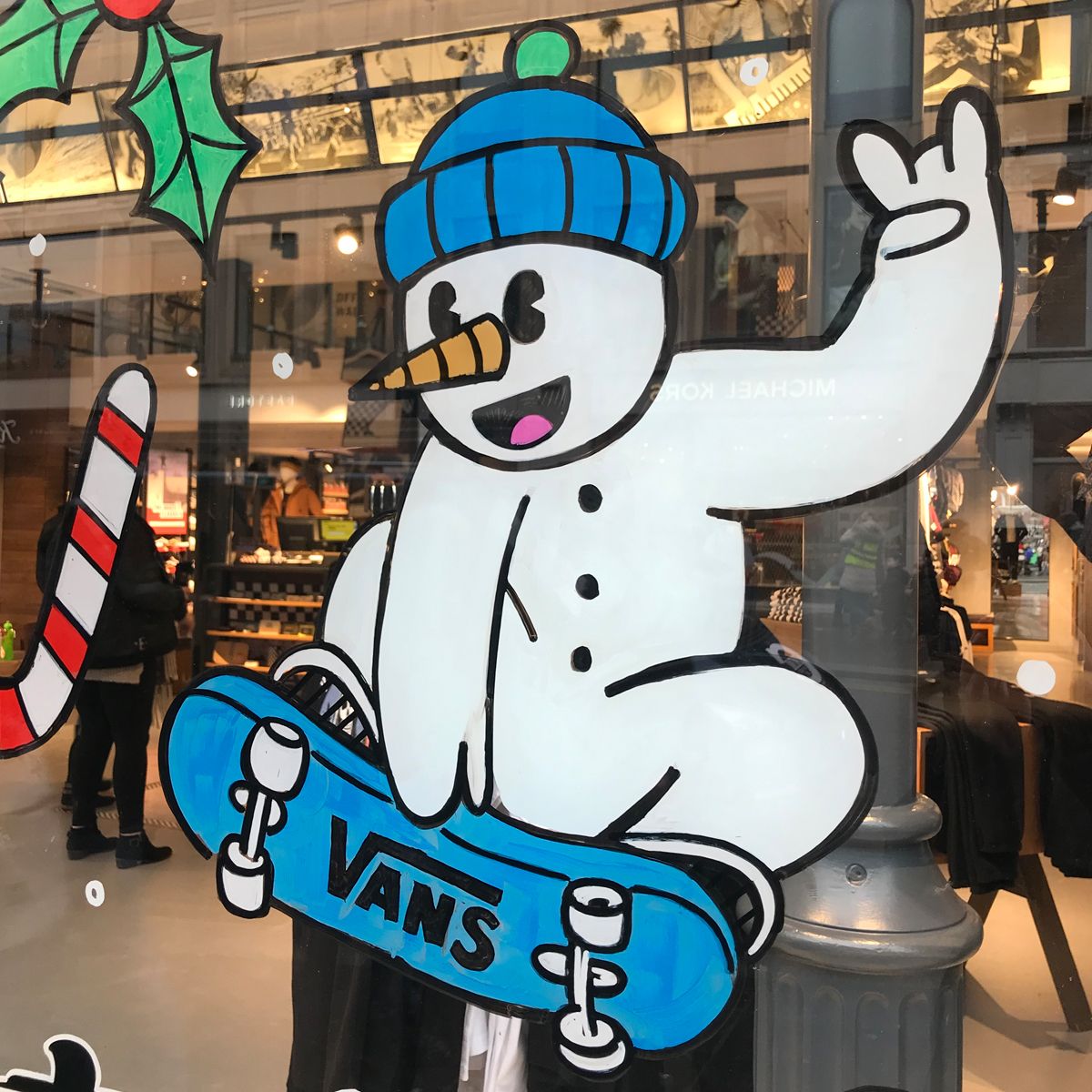 If you’re a sports fan, then I am sure you’ve heard of Stonewall’s Rainbow Laces campaign before, and if you haven’t then that’s okay too. Every year, the LGBTQ+ charity, Stonewall dedicate a day as Rainbow Laces day (this year was 8th December!) where people are encouraged to where rainbow patterned laces in support of LGBTQ+ inclusion in sport and fitness.

The purpose of this campaign is to bring visibility for LGBTQ+ people in sport and awareness around experiences, with this year people being asked to “Lace up and Speak up” to start the conversations that are needed to make sport everyone’s game.