As well as being Pride Month, June marked the start of Euro 2020, so this month, you can expect some picks around both topics. We’ve covered some truly creative, inclusive campaigns, alongside brands who're doing their bit to tackle global issues. Let’s dive right in.

This Pride, Levi’s launched an eye-catching, customisable collection with an important message: Respect all pronouns.

It’s great to see such a big brand highlight a topic that’s still so widely misunderstood! For every purchase made, Levi’s will donate to OutRight Action International, to support their work toward advancing human rights for LGBTQIA+ people globally.

It was also nice to see LinkedIn add the ability to highlight preferred pronouns across profiles earlier this year! 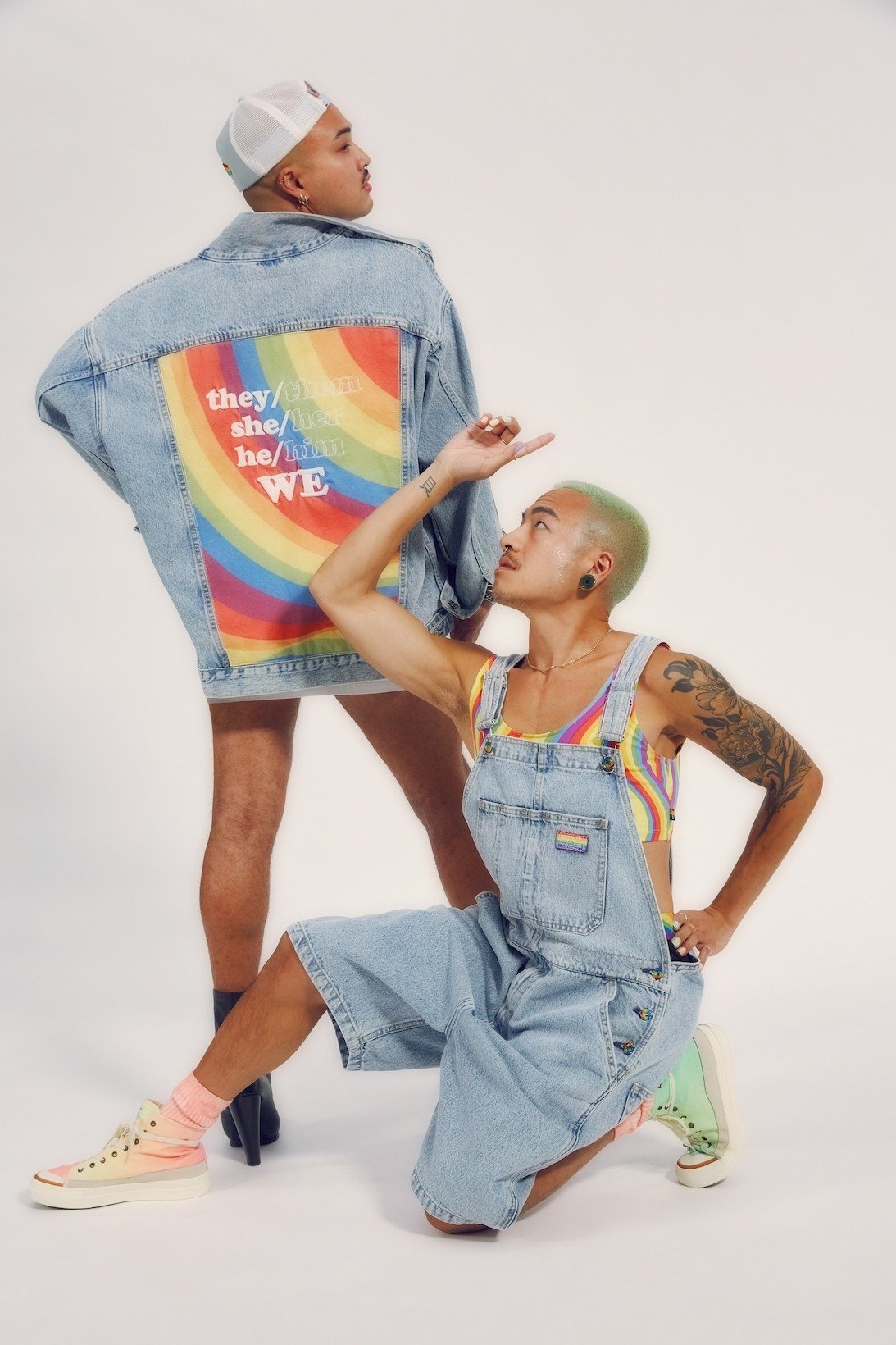 The striking campaign by Wonderhood Studios champions immigration as a cultural force for good.

The clever campaign highlights how players from immigrant backgrounds have shaped our national team and aims to put migration at the heart of the conversation during the Euro 2020 tournament. 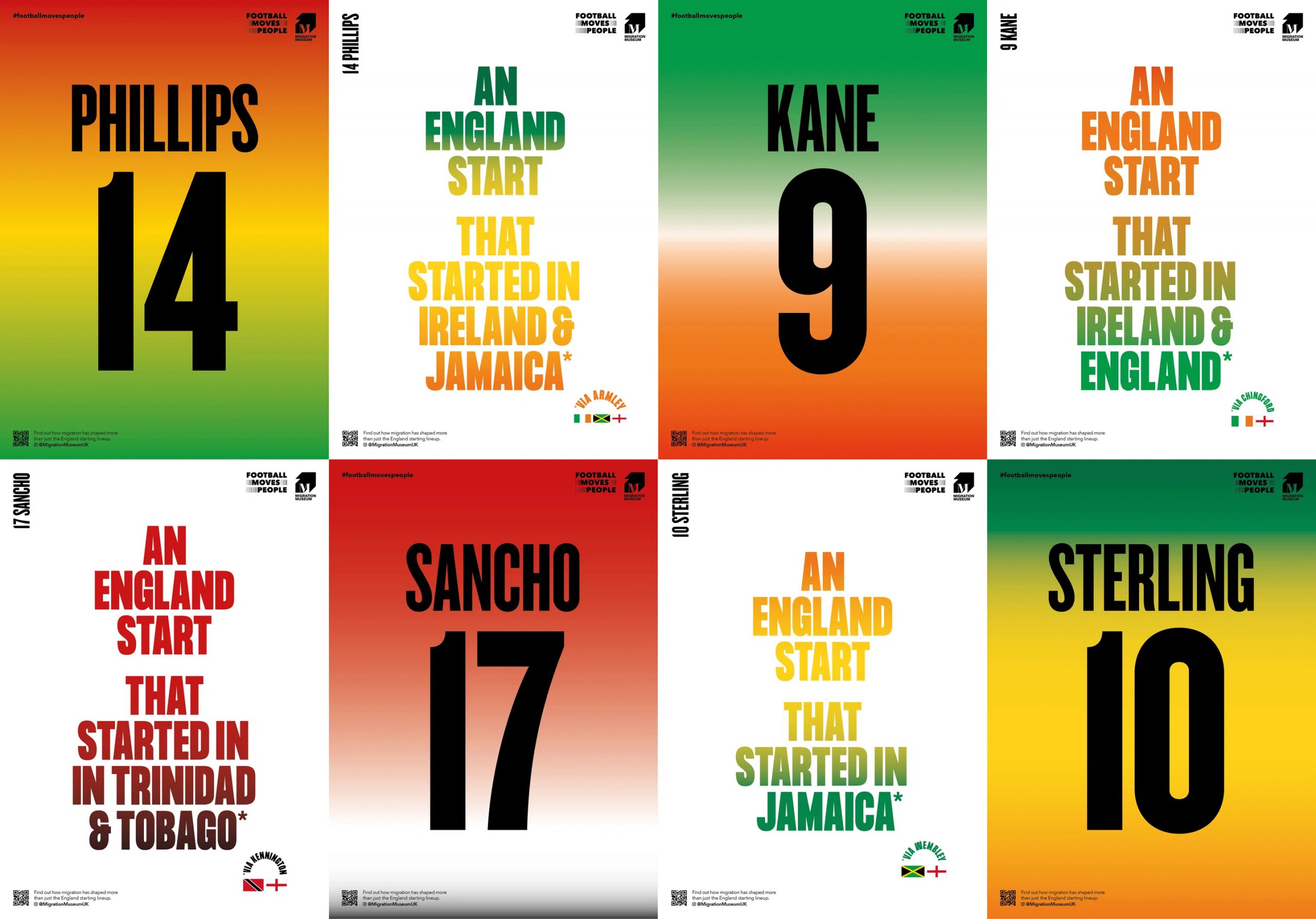 The Empowerium, a fake e-commerce site ‘selling’ products all named after struggles and stereotypes of women in the workplace. These patronising products are all presented in a fun and modern way, followed by comedic descriptions. My personal favourite is “The Pay Gap Filler” – it’s “just the ticket for girls who want to ﬁll the pay gap without making a fuss”

All of the products come with a price and the ability to add to cart, but instead of actually purchasing the incredulous merch, you’re redirected to donate to The Girls’ Network, a charity fighting for representation, opportunities and inclusion of girls from all backgrounds through mentoring. I love how this campaign grabs attention and brings to light just how ridiculous some of the barriers and hurdles women have to battle in professional environments. 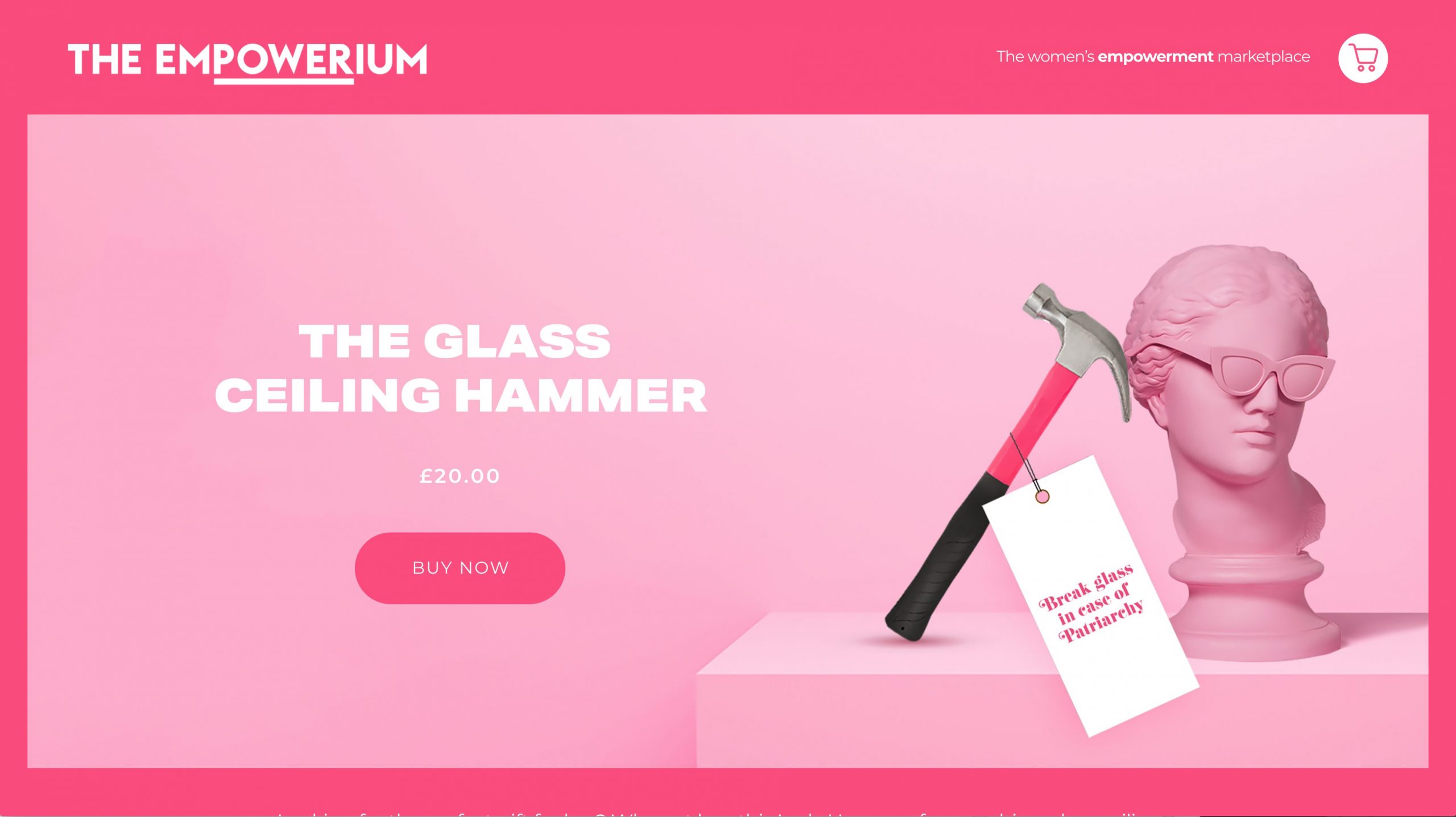 The V&A’s exhibition shows are renowned for their bold branding, and the identity for this year’s summer show of Alice in Wonderland has really caught my eye.

Designed by Tom Hingston, the creative use of typography and soft colour palette results in a really striking visual.

I particularly like the responsiveness of the typography, it works great in large scale signage, and adds a dynamic element across digital examples! 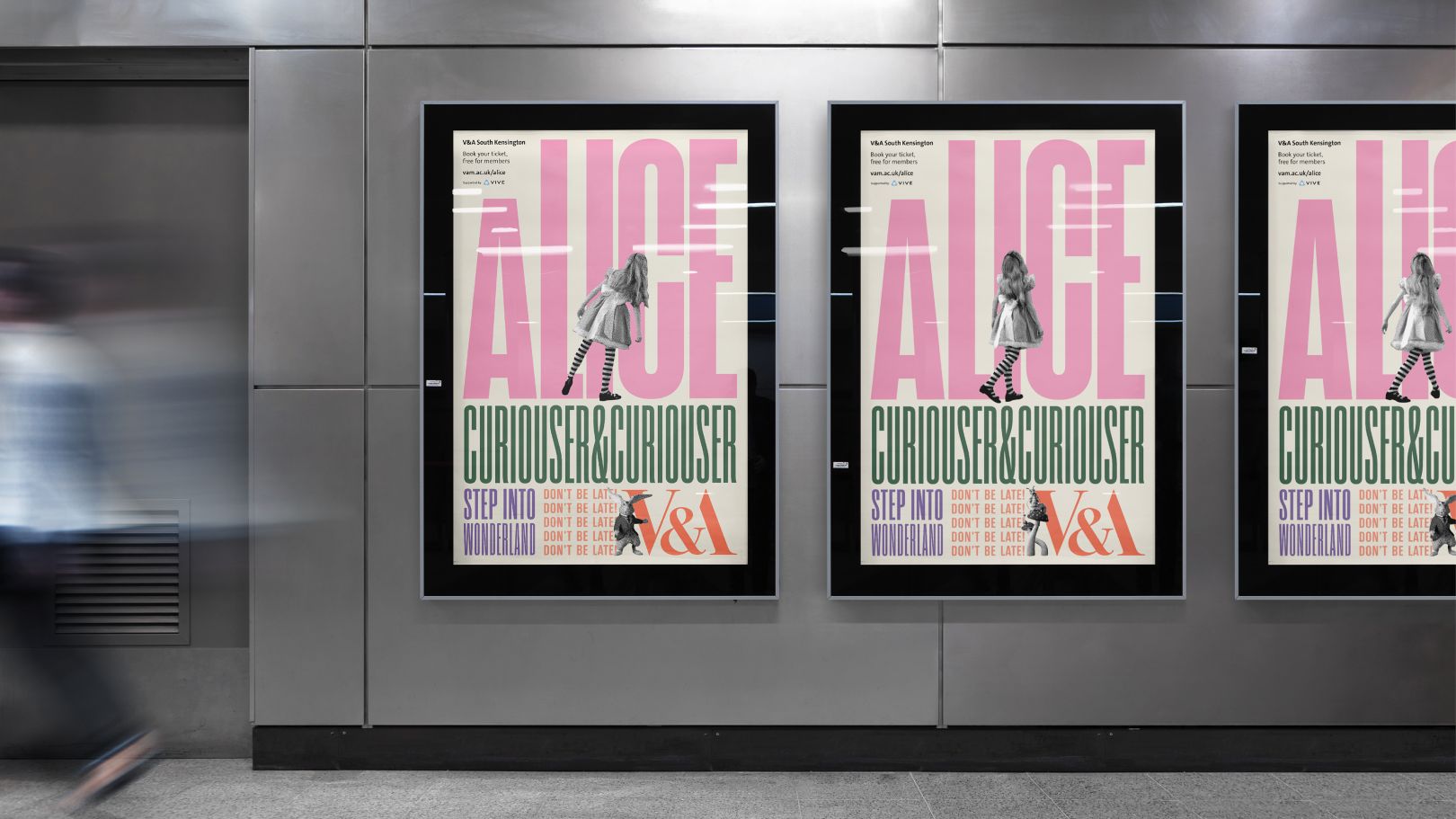 Football and Design. Two of the ever-present topics of discussion at Vida, especially with the Euros in full swing! With that in mind, it would seem rude not to give some praise to this mesmerising art by Scottish typographer Craig Black.

Titled ‘The Fusion Series’, the project was inspired by Scotland’s first appearance at a major football tournament in over 20 years. The gallery features 9 footballs, each drizzled with the colours of a different European national team.

The pictures themselves are beautiful, even more so when they stand in pairs to mark a specific match. But the real beauty is in the captivating, almost ASMR-inducing paint-pouring videos. And of course, it wouldn’t be a Craig Black project without gorgeous custom created typography.

I’ve got to say that out of them all, my favourite is Germany’s, and that’s not just because I’ve got them in the sweepstakes! 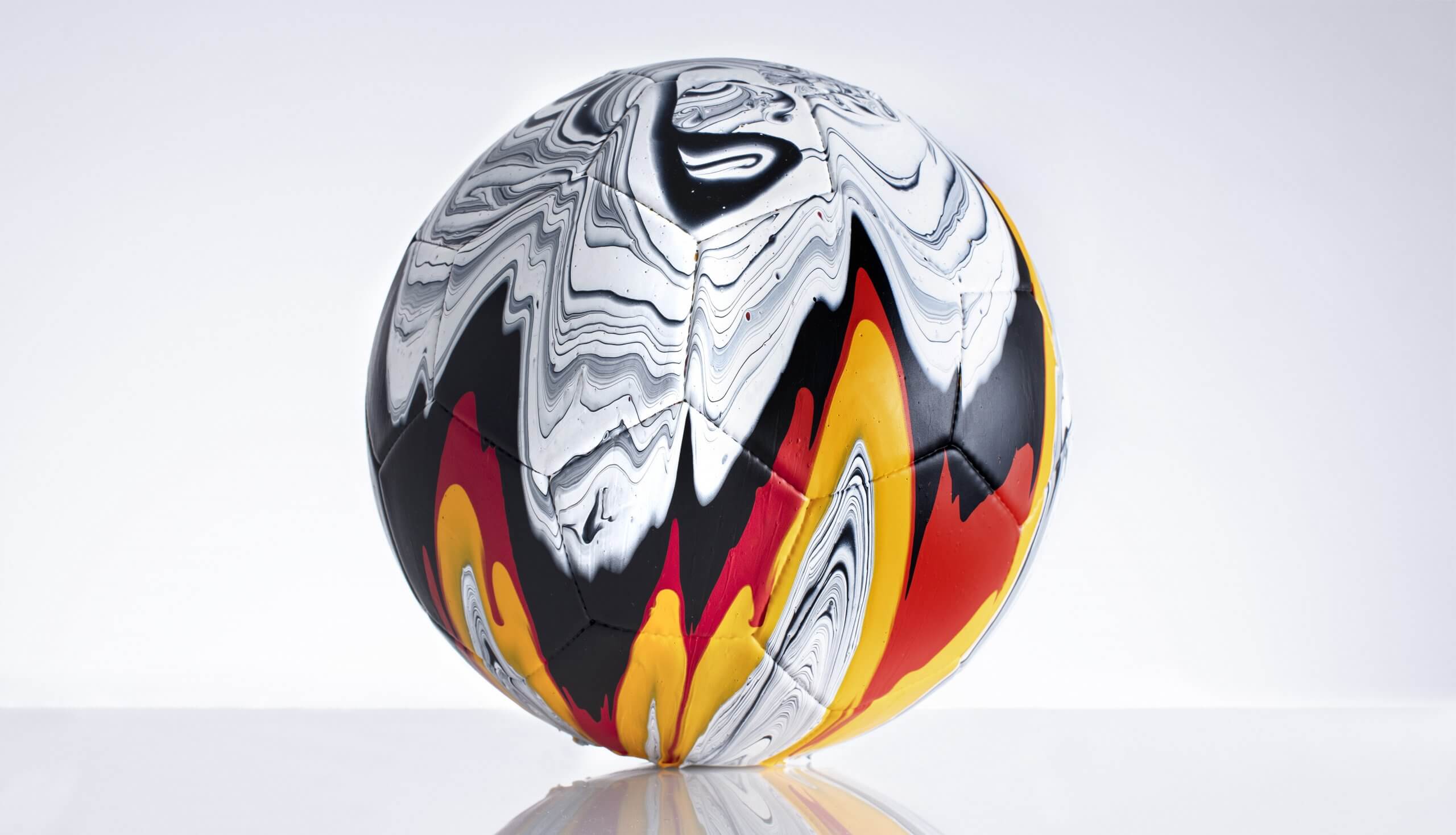 5 Critical Marketing KPIs (That You Should Really be Tracking)