Fresh Picks June: Stamps with Pride, and an Ornate Ride

In this month’s Fresh Picks, we’ve noticed some great inclusive campaigns, a set of brilliant posters and an incredible guerrilla campaign from Marmite.

As part of Pride month, Royal Mail have commissioned NB Studio to produce eight vibrant stamps which will pay tribute to the 50th anniversary of the UK’s first Pride rally. The illustrated collection, A March Through Time, pays homage to each decade of the Pride march from 1972 to the present day, featuring artwork from Sofie Birkin. The series was then brought to life by London-based animation studio Animade. The collection marks the first time Royal Mail have released stamps in support of Pride. 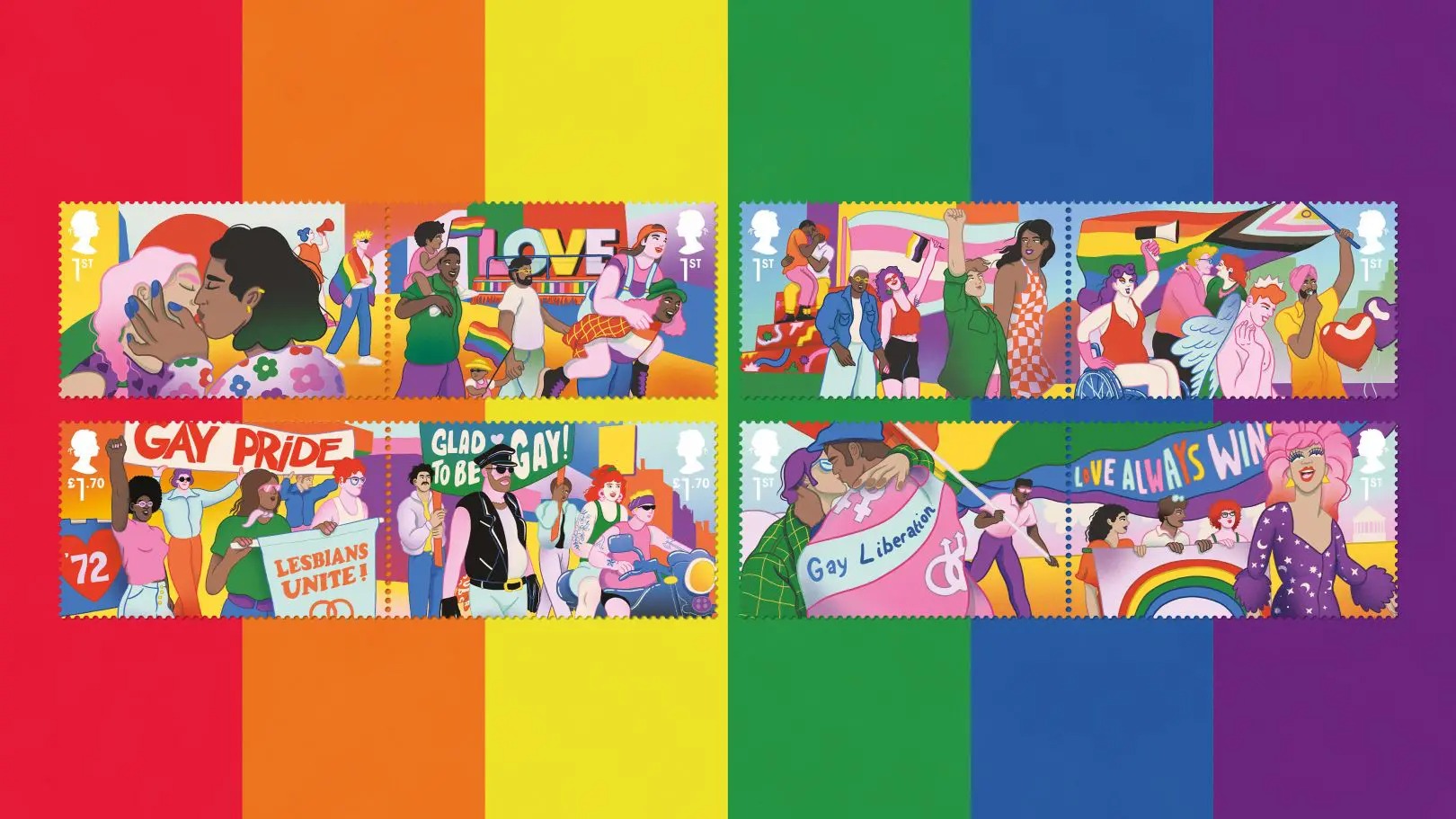 With the launch of the Women’s Euro 2022 squad advert taking the internet by storm over the past few weeks, a small detail in the advert really brought back the nostalgia for a lot of fans. We all remember swapping football stickers with our mates, taking the time to perfectly line-up the stickers before sticking them down forever and of course trying to tempt your best friend to give you his spare rare shiny. The advert shows a sticker book and sticker collection design by Kelly Anna. The fresh take and revamp on the old-style stickers really makes me want to start collecting again. The bold red, white and blue graphic style and bold typography really makes a sticker book that would fit on any Graphic Designers shelf. The amazing stickers, the new Lioness kits and the launch advert has helped capture the hopes of the nation and elevate the women’s game even more. 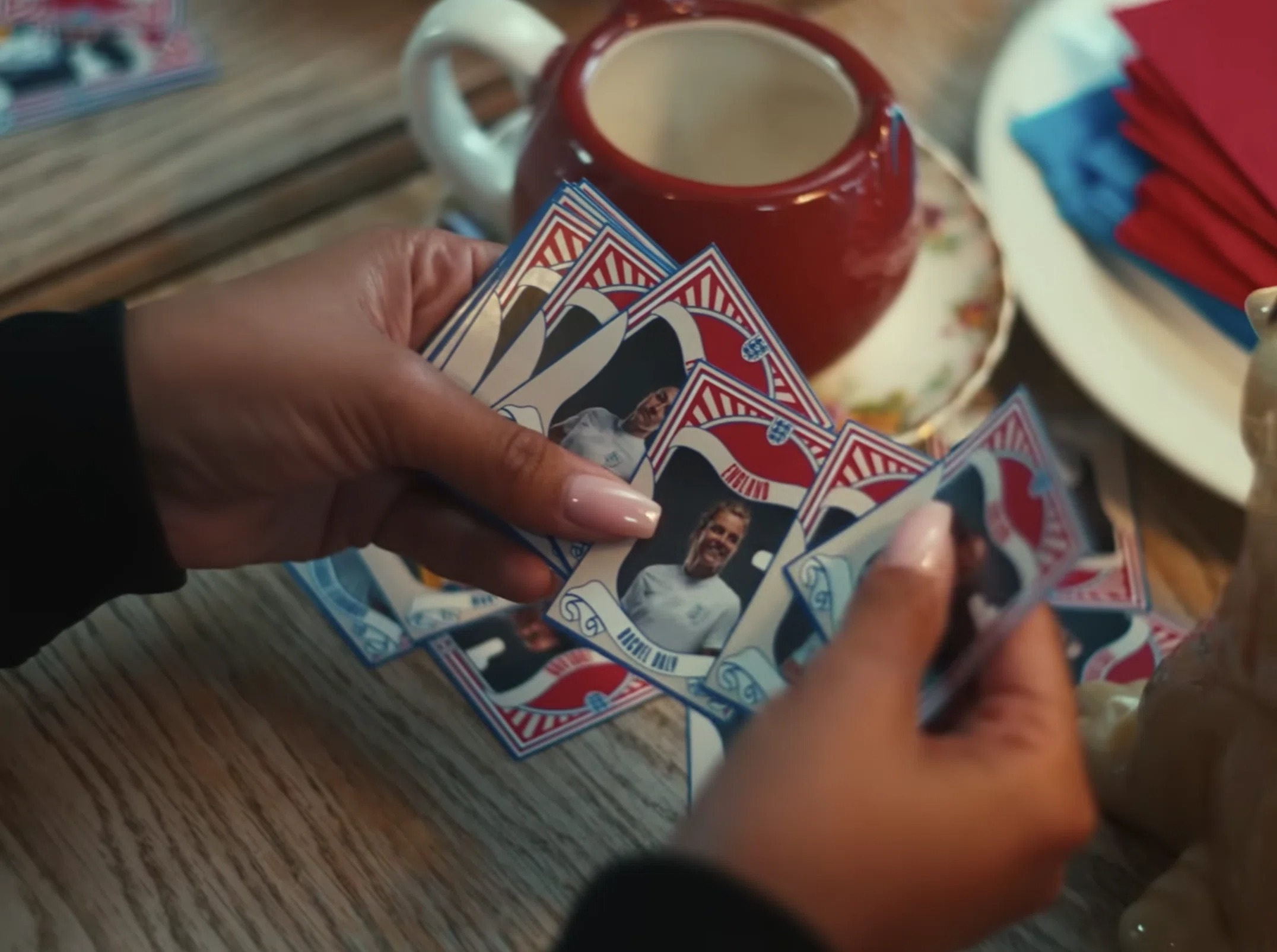 June saw creative agency Fire Dept unveil a new identity for The FA Disability Cup. This tournament is the largest competition of its kind in England. The rebrand is running under the title “Here For Glory”, and aims to ensure that players that take part in impairment-specific football have a national FA competition to call their own. This new identity definitely fits the bill in terms of carving out a better footing for The Disability Cup.

It succeeds in emphasising the sport and its players’ athletic prowess, as well as helping to raise awareness of the competition which until now has been in the shadow of the ‘real’ FA Cup. Designed to appear across all channels, including kits, tickets, merchandise and online platforms, the new visuals promote the elite-level skill and competitive spirit of the Cup, whilst spreading the word and raising its profile at the same time.

Mobile network EE signed up as the lead partner of The Disability Cup to support the growth of the sport on and off the pitch. With the help of its coverage, alongside the three year deal The Disability Cup signed with BT Sport, the competition was able to boast the most accessible live broadcast of a UK football match. Finals weekend of this year’s Cup were held on 11th and 12th June at St George’s Park 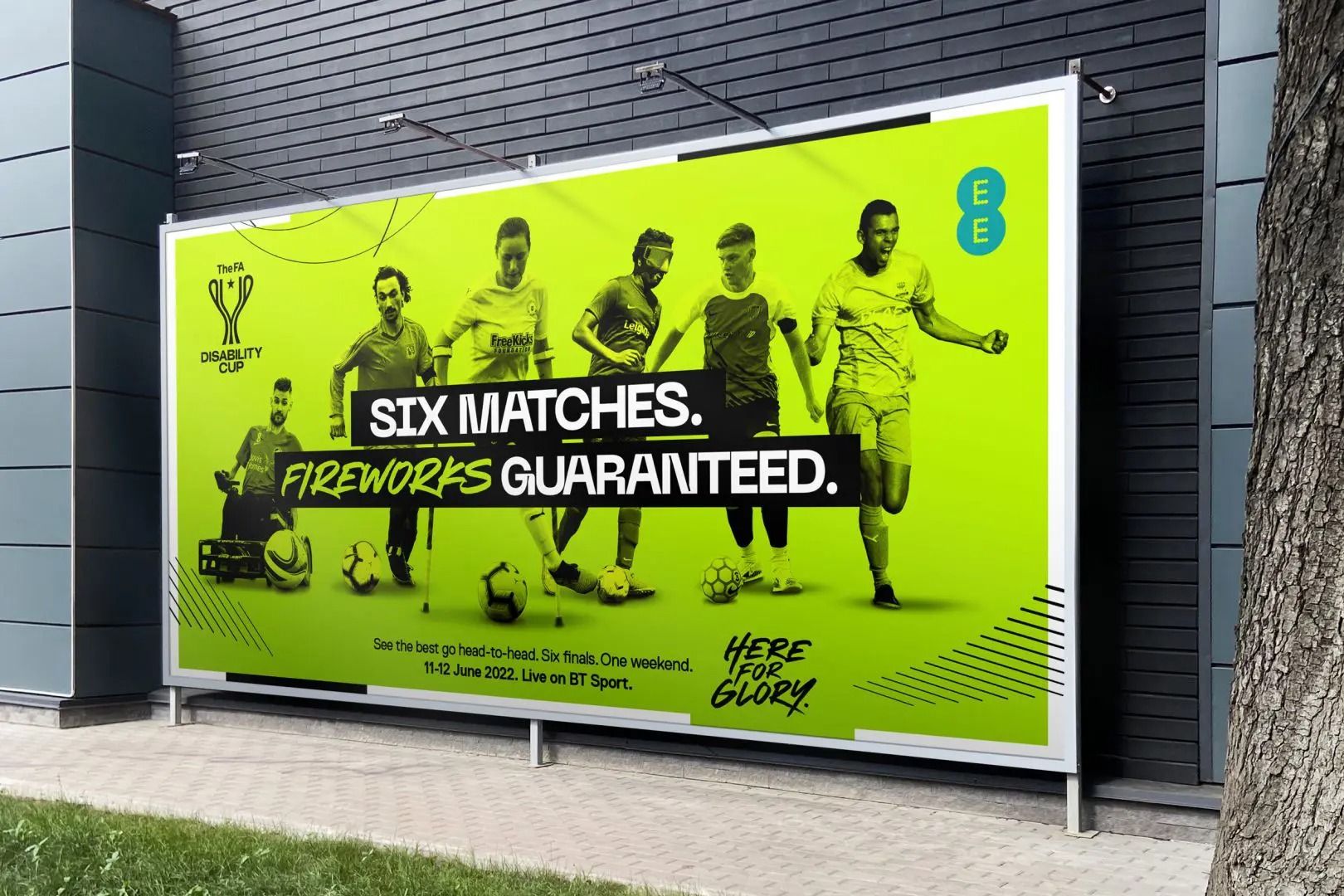 McDonald’s have been the king of minimalism over the past few years. The great thing about being arguably the most recognisable brand in the world, is that you don’t need to plaster your name all over your ads. Even just a hint of the golden arches is enough to make people think of the brand, which allows for some great minimalist designs.
Their latest campaign promotes their McDelivery service, through a collection of OOH posters. The bold, aesthetically pleasing flat designs and block colours (in McDonald’s signature red and yellow) match their recent packaging rebrands. But perhaps the best thing is that from a distance these look like simple designs, but when you look closer you notice that each poster has incorporated a location ‘pin’ into the design, either as a sesame seed, ketchup droplet, gherkin (seed?) or a milkshake splash. 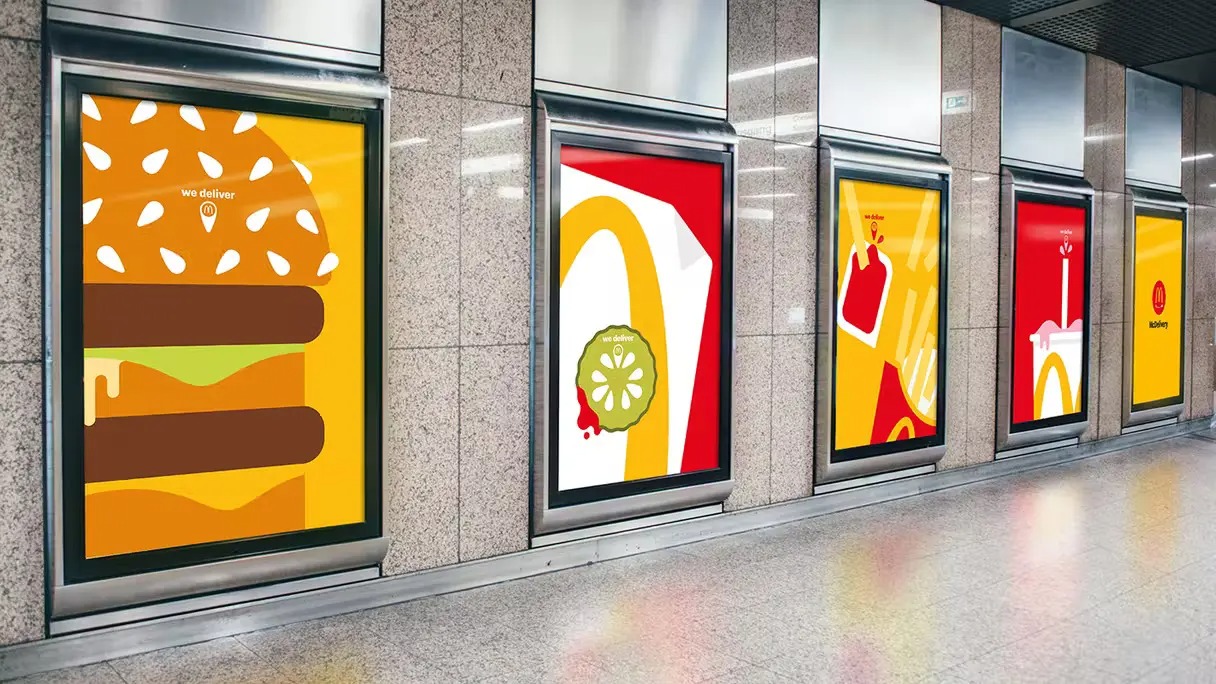 My fresh pick this month is Marmite’s new Truffle flavour and the campaign created to advertise it.

This is Marmites poshest flavour yet and to really get that message out there, the team at Adam&EveDDB went all out. A golden, ornate carriage, pulled by horses (fit for royalty) toured Chelsea adorning an OOH poster with the message “One either loves it or one finds it really rather beastly” and a picture of the new Marmite.

Adam&EveDDB have also launched historic successful Marmite campaigns, including the Dynamite series where Marmite lids were suspended above Marmite jars pictured on OOH adverts, to create the illusion the jar had blown up 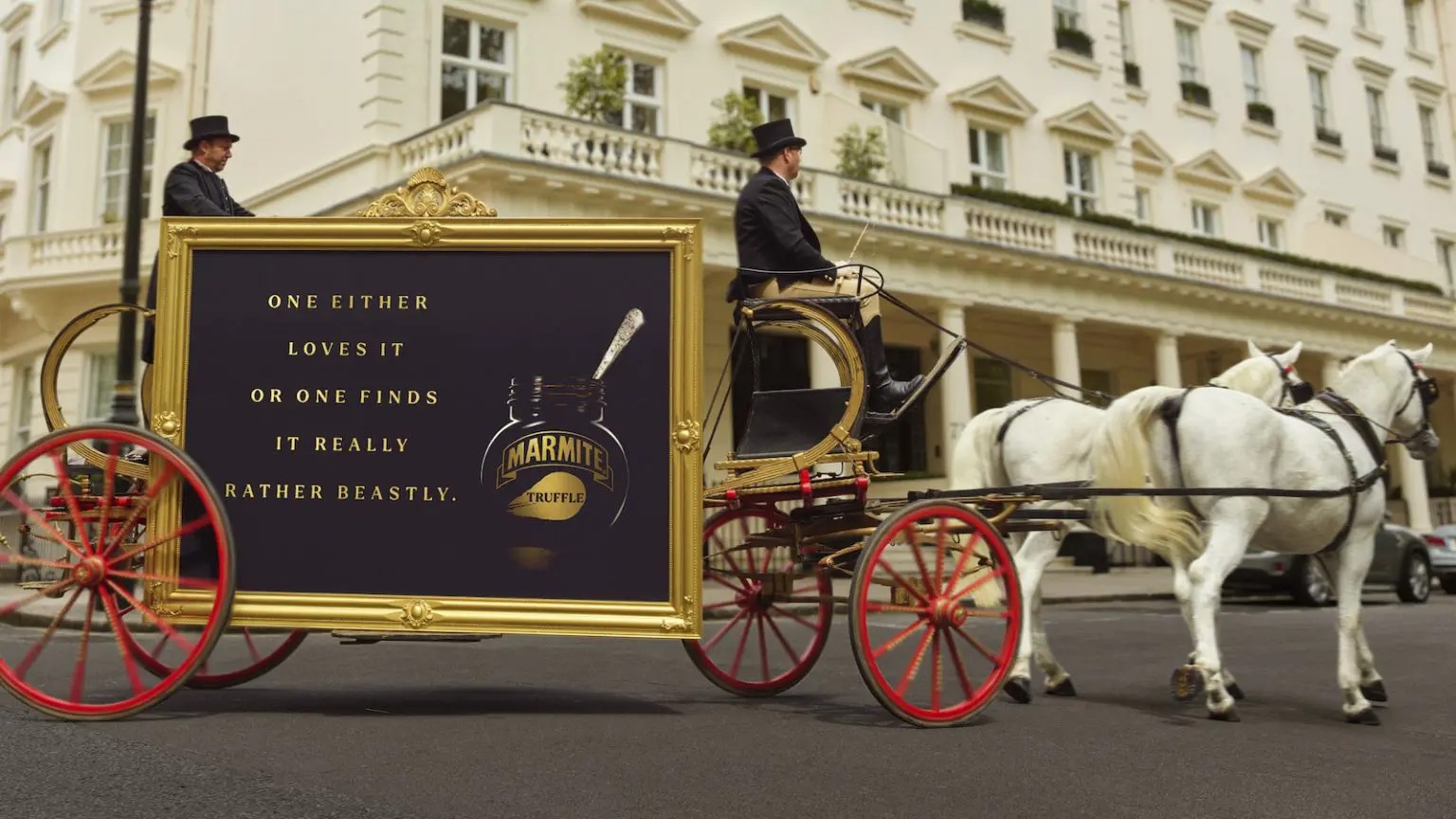