Well Spring has finally sprung and we’ve been enjoying some delightful weather, alongside some fantastic content, campaigns and products.

This year marks Primavera Sound’s 20th anniversary, and to mark the occasion Barcelona animation studio Device have created a series of fun animations to announce this year’s line-up. The renowned music festival returns this year, in six different cities around the world, with each of the animations reflecting these different locations.

The animations are a part of a wider brand refresh, which includes a new website and social media refresh, as well as new poster designs for each location, with each hinting at vintage travel ads from different eras. 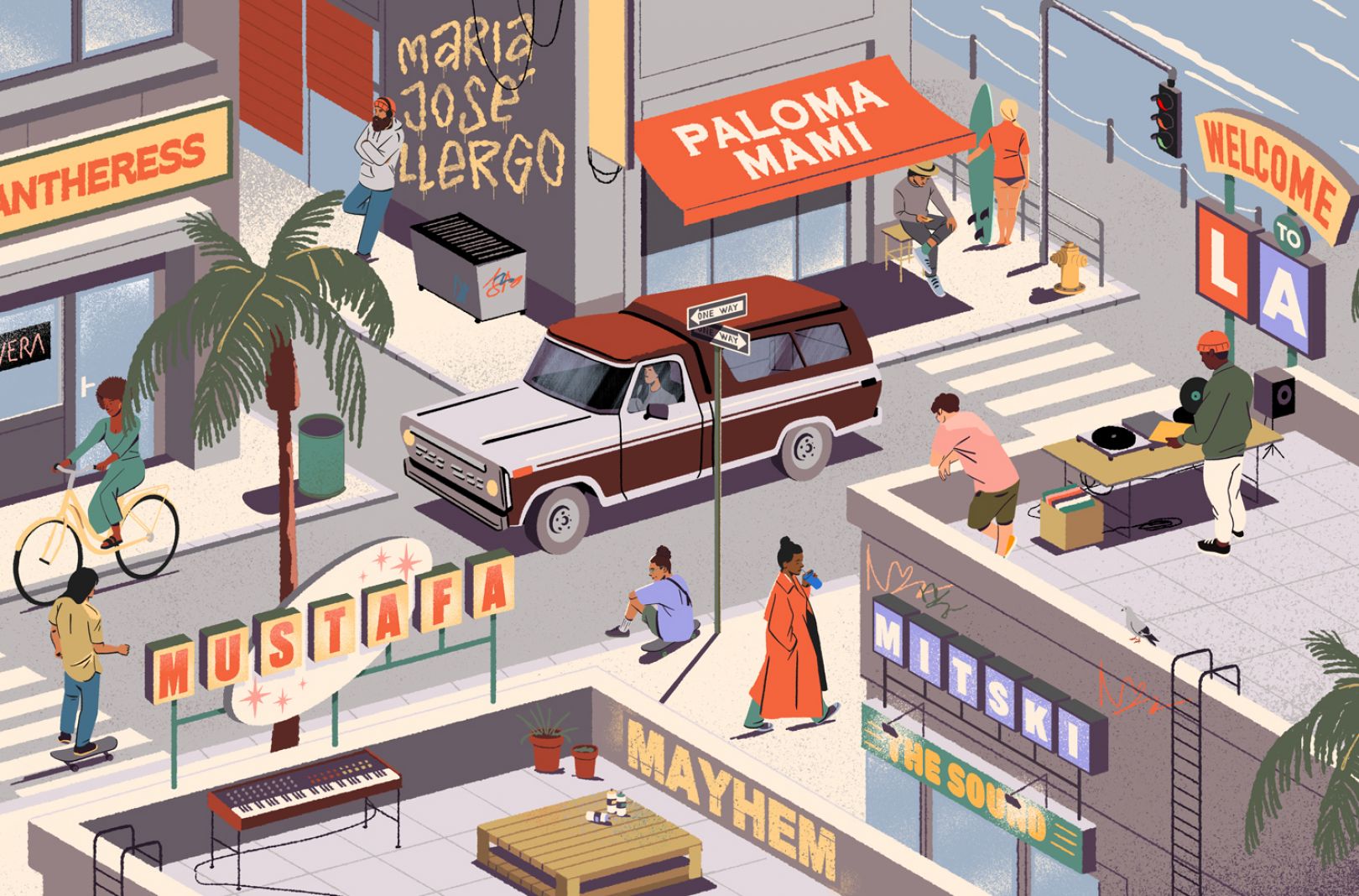 I’ve been a fan of Cadbury’s marketing for a long time, so there’s no surprise that they’re featuring as my fresh pick this month (probably not for the first time!).

With Easter approaching they’ve come back onto the scene with the ‘Worldwide Hide’. In a nutshell (eggshell!?), you can hide a virtual chocolate egg on a map anywhere in the world for a loved one to find.

The idea is that you hide it somewhere that means something to you both, then when they find the virtual egg, they get a real one delivered.

I like the idea of using tech to create experiences that mean something to people. And for every Easter egg bought through the Worldwide Hide, Cadbury’s are also donating one to food banks in the Trussell Trust, who work to ensure everyone can afford essentials, like food.

If you’re planning on buying Easter eggs anyway, why not check out the Worldwide Hide. 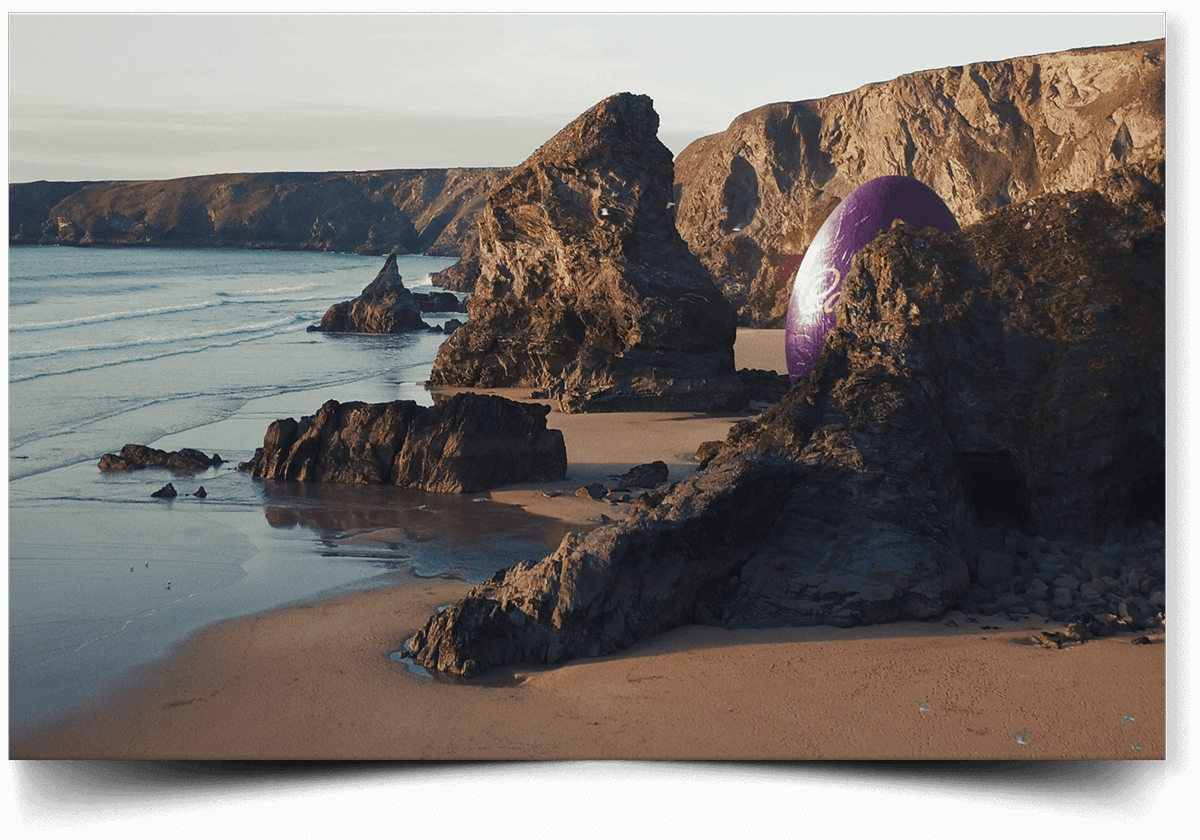 Japanese sound designer Yuri Suzuki has collaborated with Counterpoint to help celebrate 303 Day. This occasion, which began on March 3rd, is a series of monthly celebrations based around the cult manufacturer Roland. This year marks the 50th birthday of the brand. As part of this, Yuri and the team have reworked some of Roland’s most famous synthesizers into interfaces that can be played on digital devices, named Roland50 Studio.

These synthesizers include the classic SH-101 analogue synth which has been added to the TB303 and TR808 synth interfaces. The SH-101 is a hard-hitting monosynth, meaning it can only play one note at a time, and fans of Yuri will be familiar with it having listened to his previous studio projects. However if, like me, you’re not familiar with the workings of a Roland synthesizer, the interface of Roland50 Studio is fun and accessible thanks to its simple and intuitive design and layout.

Simply access the website on the digital device of your choice and you’ve got everything you need at your fingertips to start making incredible sounding beats. It’s also easy to record, download and share your creations. Luckily for fans of this project, Roland50 Studio is only the beginning. Celebrations for Roland’s half-centenary will continue over the next six months to fully tell the story of its iconic machines and the musicians who brought them to life. 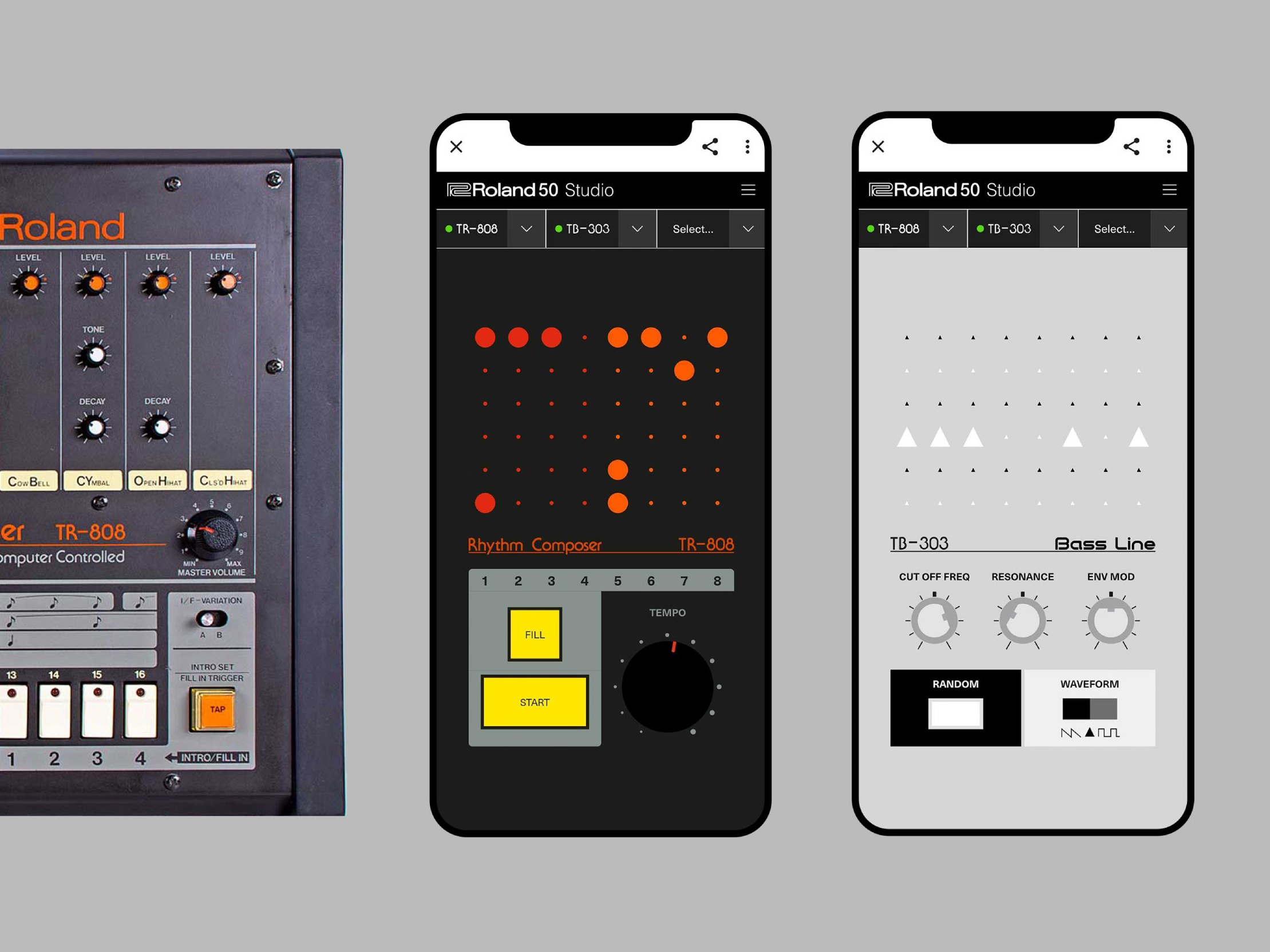 Anthony Burrill uses his signature style to create a bold typographic screen-print using ink created from charcoal called ‘No Safe Place’. The screen-prints are a limited run and all proceeds will be donated to a number of charities working to rebuild lives and restore lost wildlife habitats in Australia. 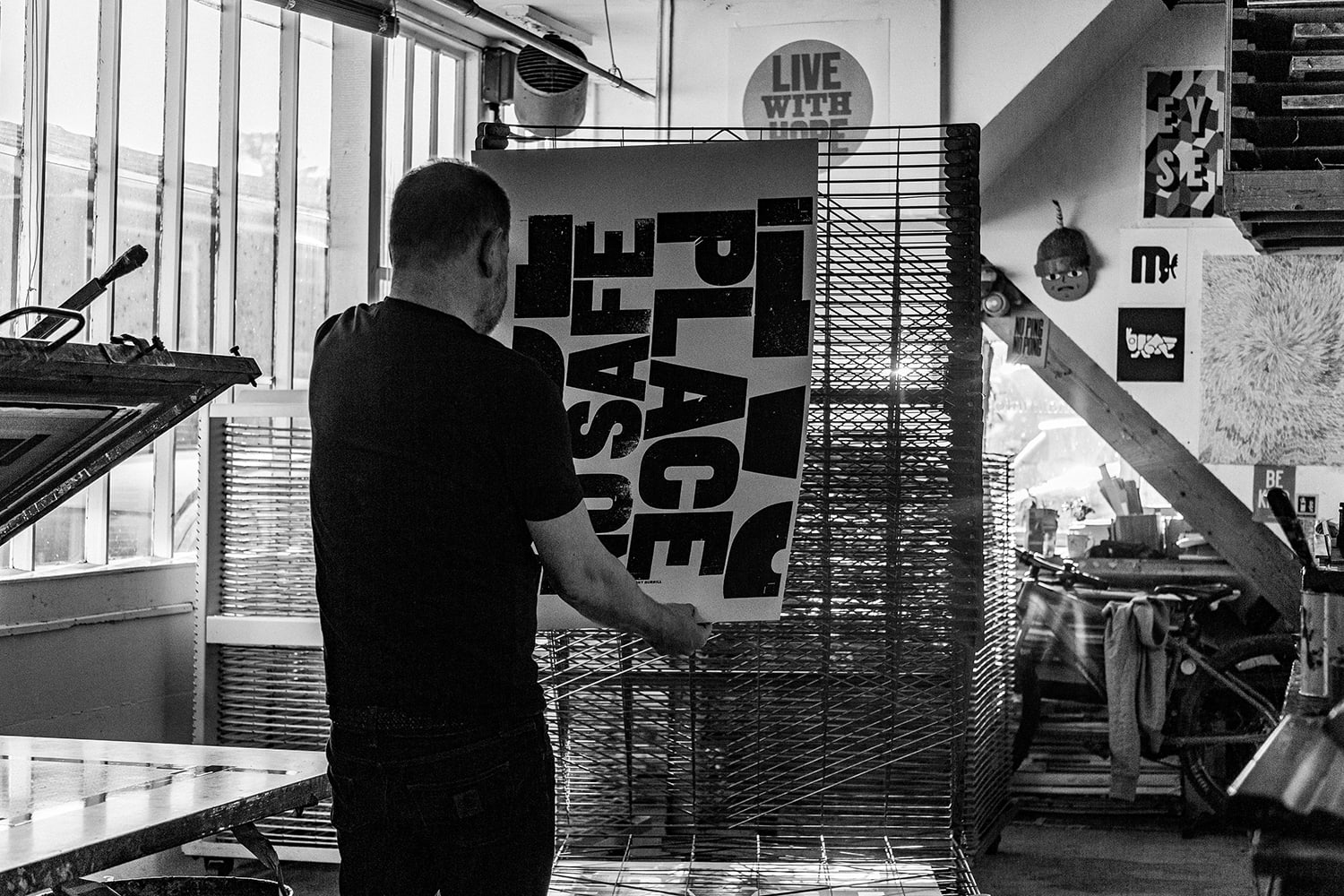 I wouldn’t usually choose a product as my fresh pick but Jelly Drops just need shouting about. Jelly Drops are award-winning chewable sweets designed to boost hydration. They’re 95% water, sugar free and vegan with added electrolytes. Created by Lewis Hornby, the idea behind Jelly Drops came about in early 2018, when his grandmother was hospitalised due to severe dehydration. After spending time in her care home with her and other residents, he realised that hydration was an issue all round but there was one thing that they all shared, a love for eating sweets.

With each tray of drops containing 30ml of water, and the design of the sweets themselves and the packaging looking like a box of sweets, they are a really good way to improve hydration. They are particularly popular with and beneficial for people with dementia, the elderly and others who struggle to stay hydrated. With all the pandemonium going on in the world at the moment, it sometimes slips our minds that there are plenty of other species out there in the world going through a tough time too!

That’s why WWF Canada, along with agency AKQA marked National Panda day by releasing a selection of eye-opening jigsaw puzzles which raise awareness of the ongoing biodiversity crisis. The collection features 4 puzzles, each featuring a different at-risk species, and each containing only as many pieces as there are animals left in the wild.

The smallest puzzle, which highlights the Southern Residence killer whale, contains only 73 pieces, which paints a pretty shocking picture!

It’s not all bad news though, as the Giant Panda puzzle, which contains 1,864 pieces highlights the recent conservation efforts that have pushed the species out of the endangered list! 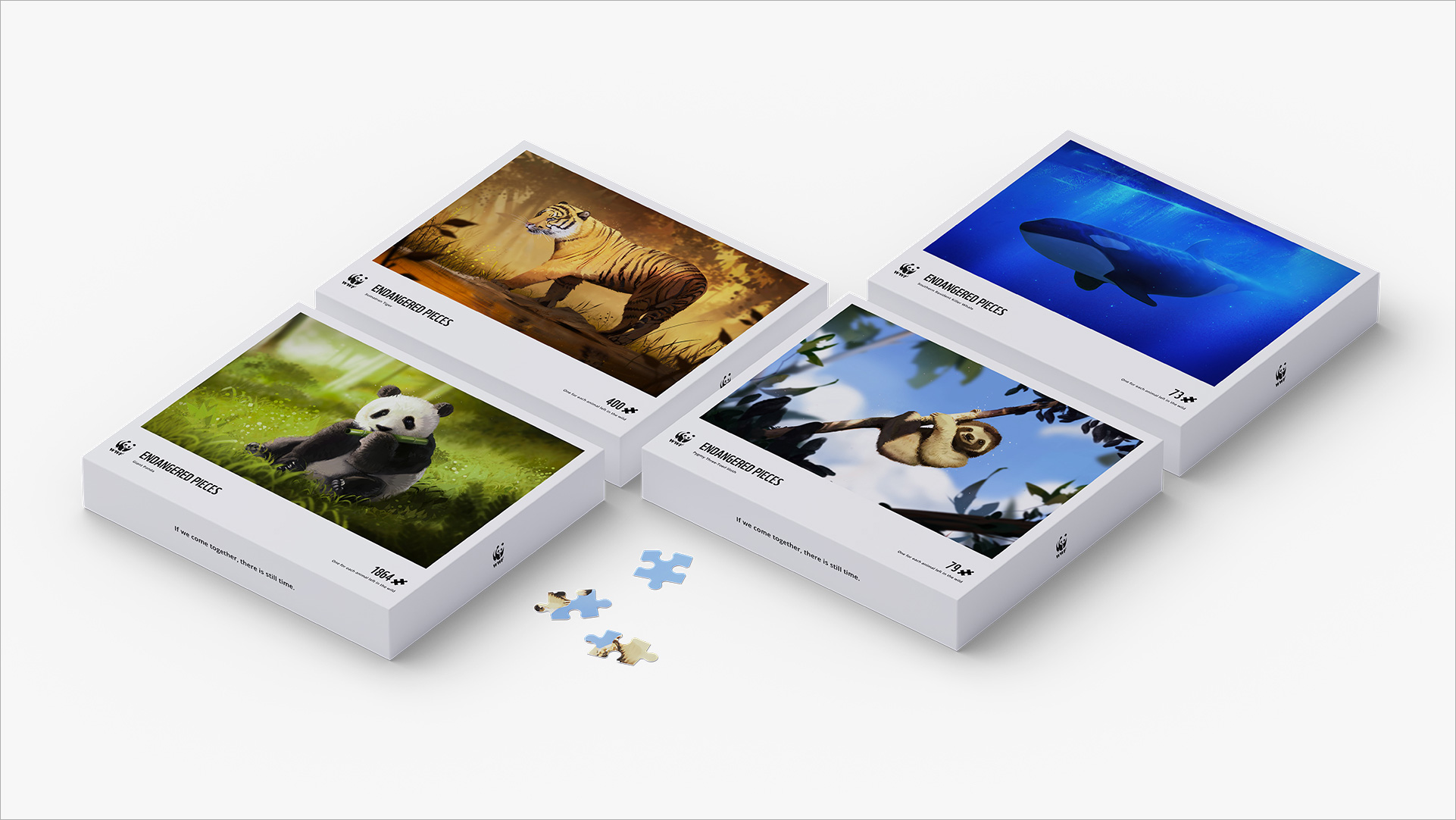 Specsavers celebrated 20 years of its classic “Should’ve gone to Specsavers” tagline with a new campaign launched earlier this month.

The campaign included a series of out of home adverts that were purposely displayed incorrectly, a tv advert, that featured a delivery driver who has various mishaps, and numerous digital aspects.

The billboards were so simple yet effective, they were an instant hit and shared widely on social media.

The campaign also included what has been named as a “media first”, Channel 4 and ITV came together to create “should’ve gone to Specsavers moments” live on TV. Over the course of a week on both ITV and Channel 4, show announcers purposely read their scripts incorrectly and introduced each others shows.

I think the whole campaign has been incredibly successful – Specsavers are reaching such a broad audience. I really like the “should’ve gone to Specsavers tagline”, it’s fun, whilst also highlighting the importance of checking your vision. 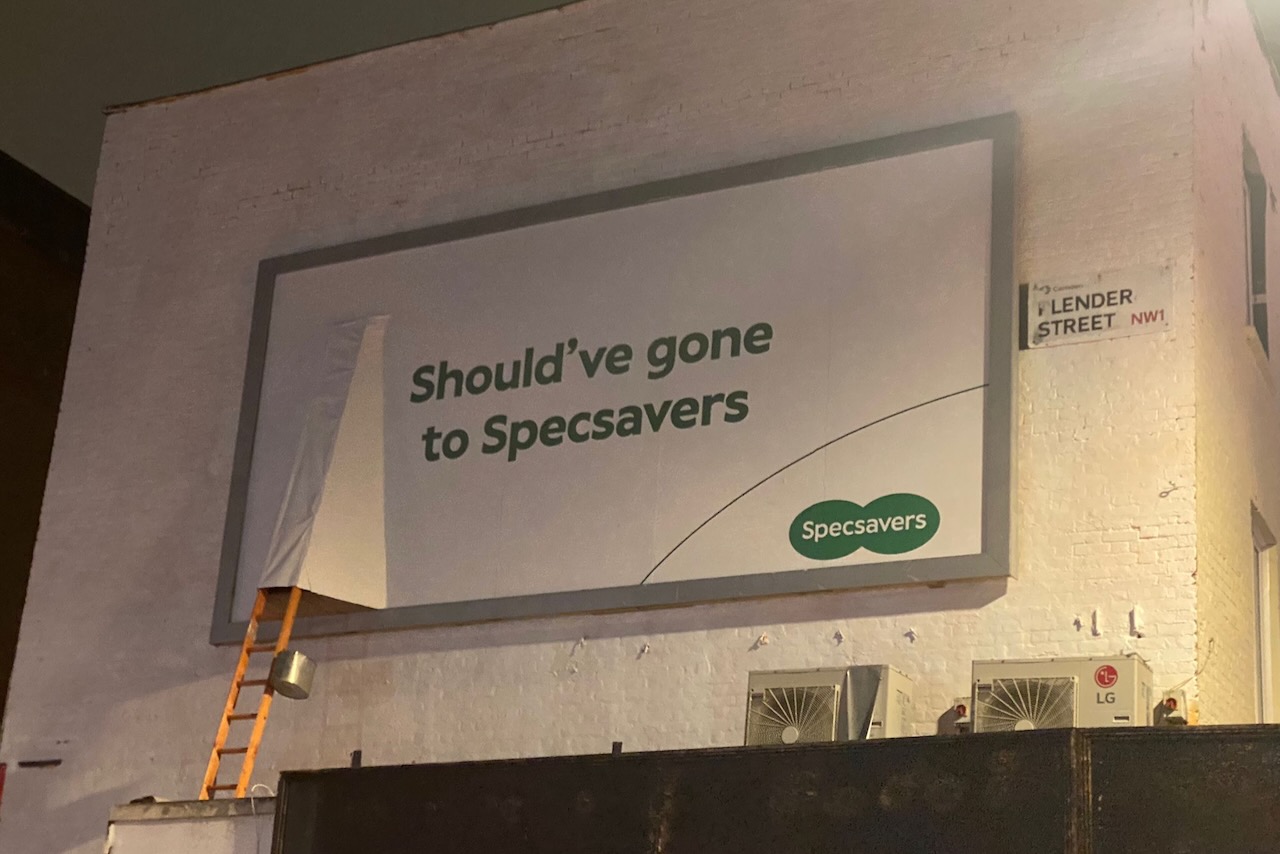 6 Marketing Tactics to Help You Attract the Best Talent