In this month’s Fresh Picks we’re covering a whole selection including inaccessible shops, colourful hops and edible marketing. Read on to find out more.

‘Design for Everyone’ is a powerful campaign from the RNIB (Royal National Institute of Blind People). Despite it being a legal requirement in the UK to include ingredients and nutritional information on food products, blind and partially sighted people cannot access this information and are denied this fundamental right.

As part of the campaign, they opened “WhatsIn Store” a corner shop with deliberately inaccessible packaging. The stunt brings to life the challenges that partially sighted face each time they do their grocery shop. 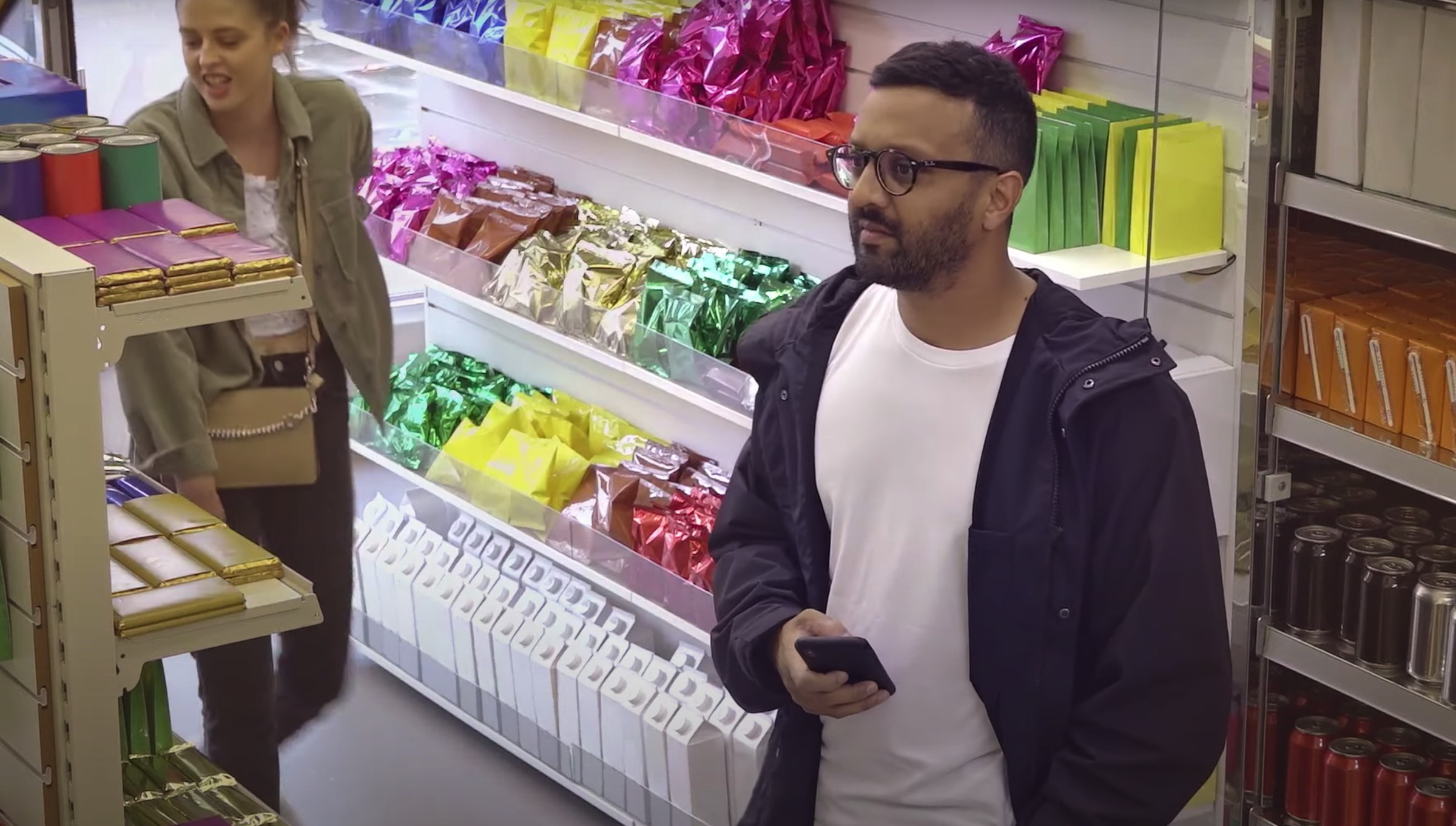 The recent rebrand of Vocation brewery has caught my eye this month. The Leeds based studio Robot Food have been working with the brewery for the past 6 years, but this latest rebrand has really pushed the creative elements of the brand. Traditionally the designs of Vocation were predominantly black and white, but in this latest series of designs, the agency have produced a set of bold, colourful designs, with a highly illustrative mark to each design. I love how they’ve utilised the “V” logo mark and use it as a framing device for each of the illustrations. 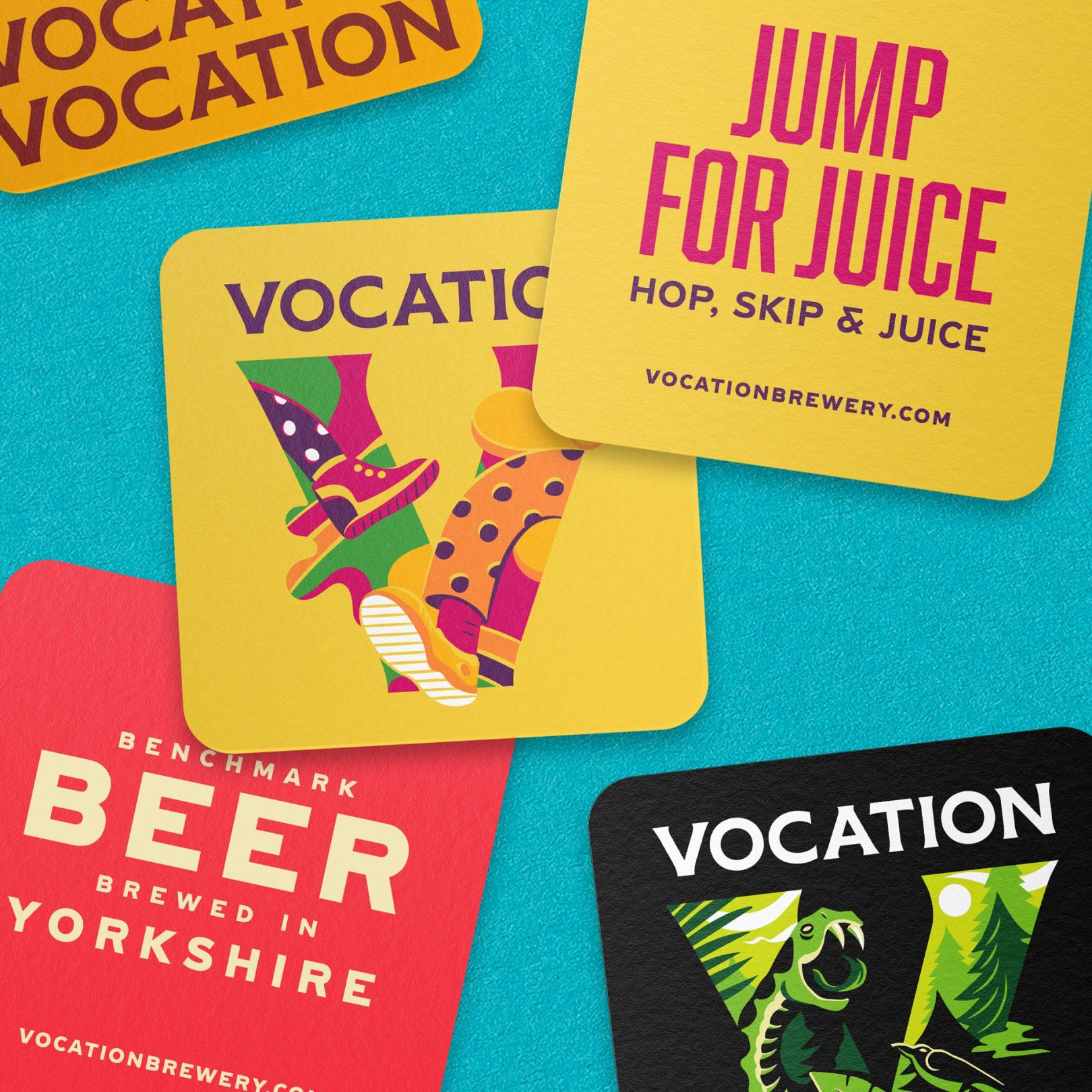 It’s safe to say that we all hate traffic jams. But this year, with Covid-enforced travel bans causing a huge increase in ‘staycations’, the traffic has felt worse than ever! To try and sweeten the situation a little, driving app Waze launched an integrated marketing campaign to let users know that the app can help them eat traffic jams for breakfast… literally!

The campaign was created in a partnership between Waze, creative agency Other, and UK food collective Twisted and ran across print, online, radio and in the Waze app itself, popping up when a user is in heavily congested traffic. What’s more, the jam is made with berries grown near the UK’s ‘jammiest’ roads. 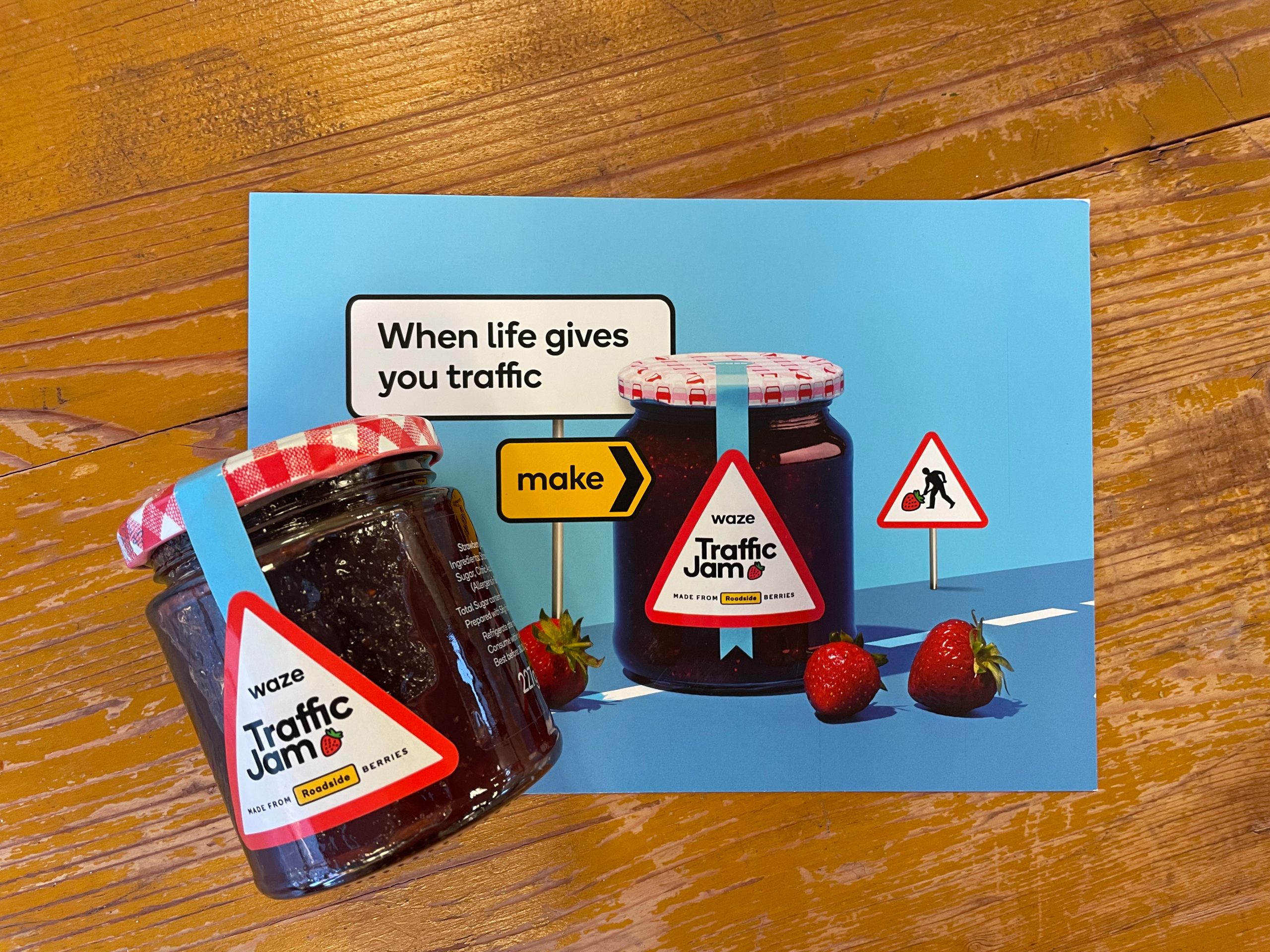 If you’re a web developer, I don’t need to tell you what Stack Overflow is but just in case you’re not, stack overflow is the bible for developers – it’s a forum where people can ask questions and receive help from others. If you’re stuck on a web dev related problem, it’s likely you can find the solution on Stack Overflow.

Well, back in April they decided to fool everyone with the announcement that they would be selling a keyboard that consisted solely of a copy and a paste button and many were disappointed that it was merely an April’s Fools. So they decided to make the joke a reality and you can now purchase the copy/paste keyboard!

With Cassidy Williams (if you’re not following her on Twitter, you should be!), a mechanical keyboard enthusiast, doing the design and Drop, a startup specialising in custom keyboards, bringing it to life, this could be the greatest purchase you could ever make as developer – and a funny one at that!

And as a little added ‘make you smile’ moment, Stack Overflow will be donating their portion of the proceeds to digitalundivided, with Drop also donating 5% of their proceeds too! 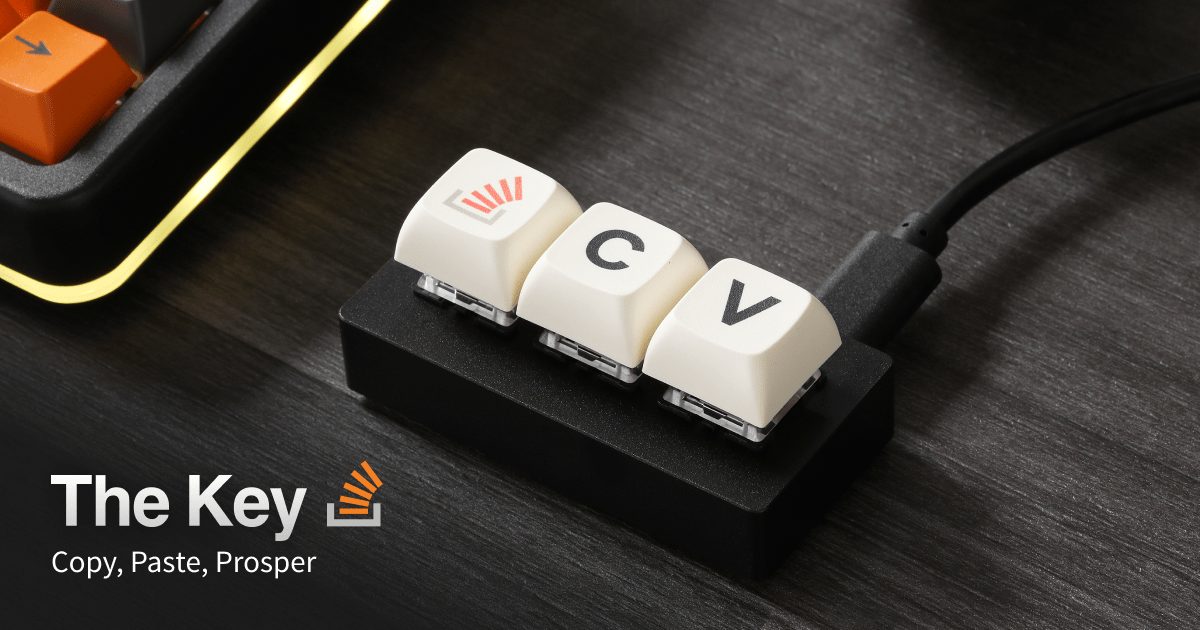 Camden Open Air Galleries was created by local resident Finn Brewster-Doherty back in February. This was in response to the sight of a deserted Camden, with all its shop’s shutters down during lockdown. It was these shutters that gave Finn the idea of them being used as a canvas, and within a matter of months over 60 shutters across the area had been decorated with murals. Last weekend the project took another big step forward with the opening of the Camden Open Air Galleries flagship exhibition and shop.

This exciting new space is expected to become a hub in the Camden community and inspire a grassroots creative movement. To accompany the launch, brand designer Jack Bleakley has designed the logo and brand identity that is being rolled out across the gallery’s promotional platforms. The brand pays homage to the colourful roots of street art with its hazy hues that look like oil water as well as its bulky typeface that conveys strength through hardship. 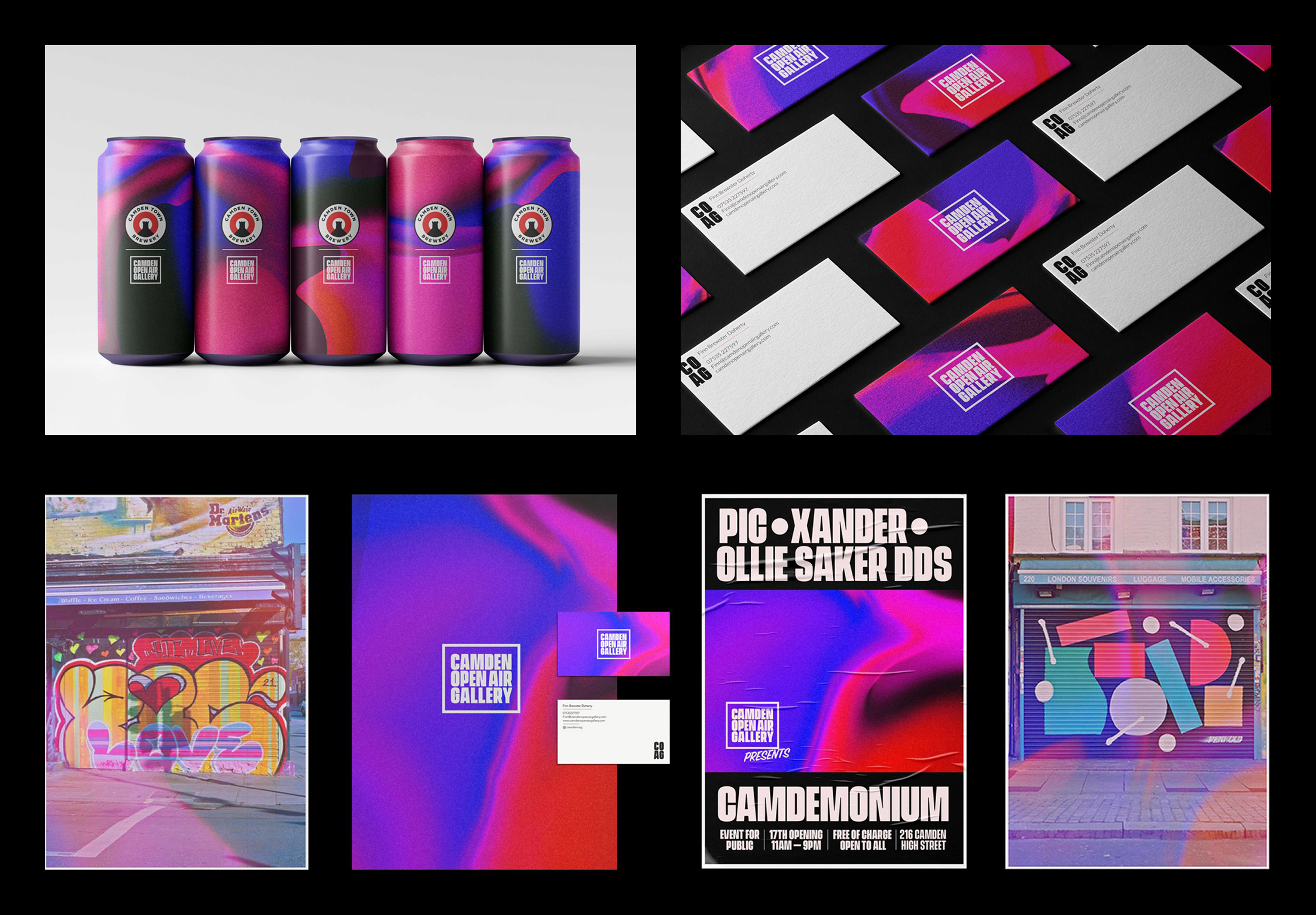 Being based in the Ouseburn is brilliant for street art installations. You barely turn a corner without seeing something beautiful painted on a brick wall.

One of the artists that features heavily in the area is North East-based Mul. There’s a wall just by the Tyne Bar, down the road from our office, that seems to have a new Mul installation appear every few months. It’s always such a welcome sight!

This month Unit44 (who have come up a few times on our Creative Spotlight series as it happens) teamed up with Mul to bring the artist’s latest works back to people in the flesh.

The ‘An Evening with Mul’ event was at Unit 44 for one night only – as the name suggests! It gave people the chance to get their hands on 4 new print releases, original canvases and merchandise before they were released online.

Although I couldn’t make it down myself I very much enjoyed keeping up with the event on social. There were huge queues to get in, which begs the question, does Newcastle need more events like this? We’ve got so much incredible stuff going on in this city, but I for one would love to see more of them! 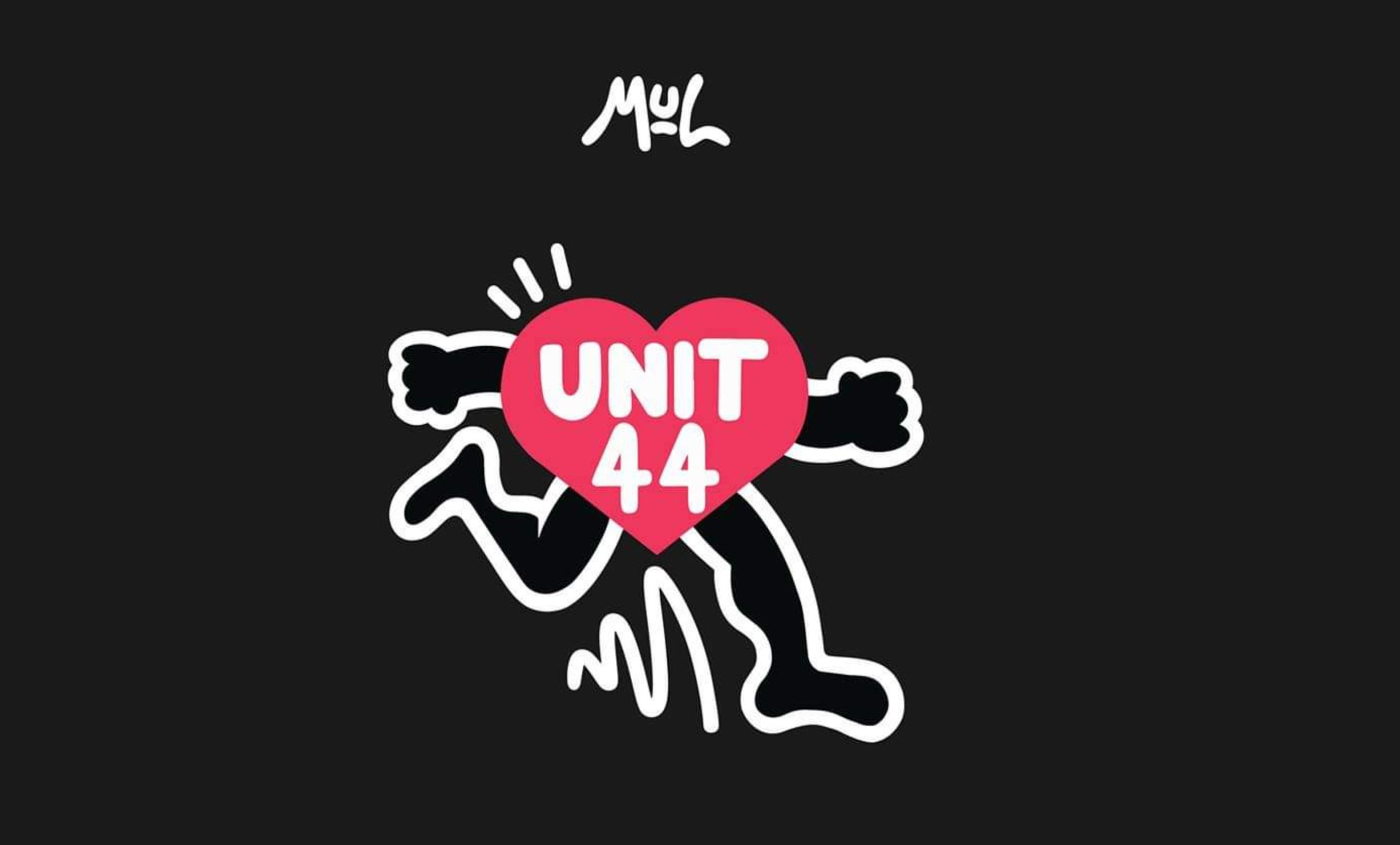