Just over a month on from International Women’s Day, we look at some of our favourite celebratory brand campaigns, and a not-so-great campaign by Burger King…

We hope you enjoy reading about the stories we’ve chosen this month!

Burger King: Women belong in the kitchen (ummm… what?)

We’ll start with the one that missed the mark, you probably already know exactly which campaign we’re referring to. In March Burger King posted a tweet with the statement “women belong in the kitchen” and as you’d expect, it was badly received.

They did get a lot of people talking and many are speculating that it was done on purpose to create noise online. The Tweet was a follow-on from a print-based advert campaign which was released across America at the start of March.

The original advert explained that women belong in all kinds of kitchens (food trucks, award winning kitchens etc.) and that only 24% of chef positions in America are held by women. Burger King’s point was that they planned to make a change by employing more women in their kitchens.

Whilst the print-based version gave far more context, the tweet really didn’t – and was swiftly removed from their platform following the major backlash they received.

It just shows the importance of context. What’s right for one marketing channel may not be for another, so think before you post. 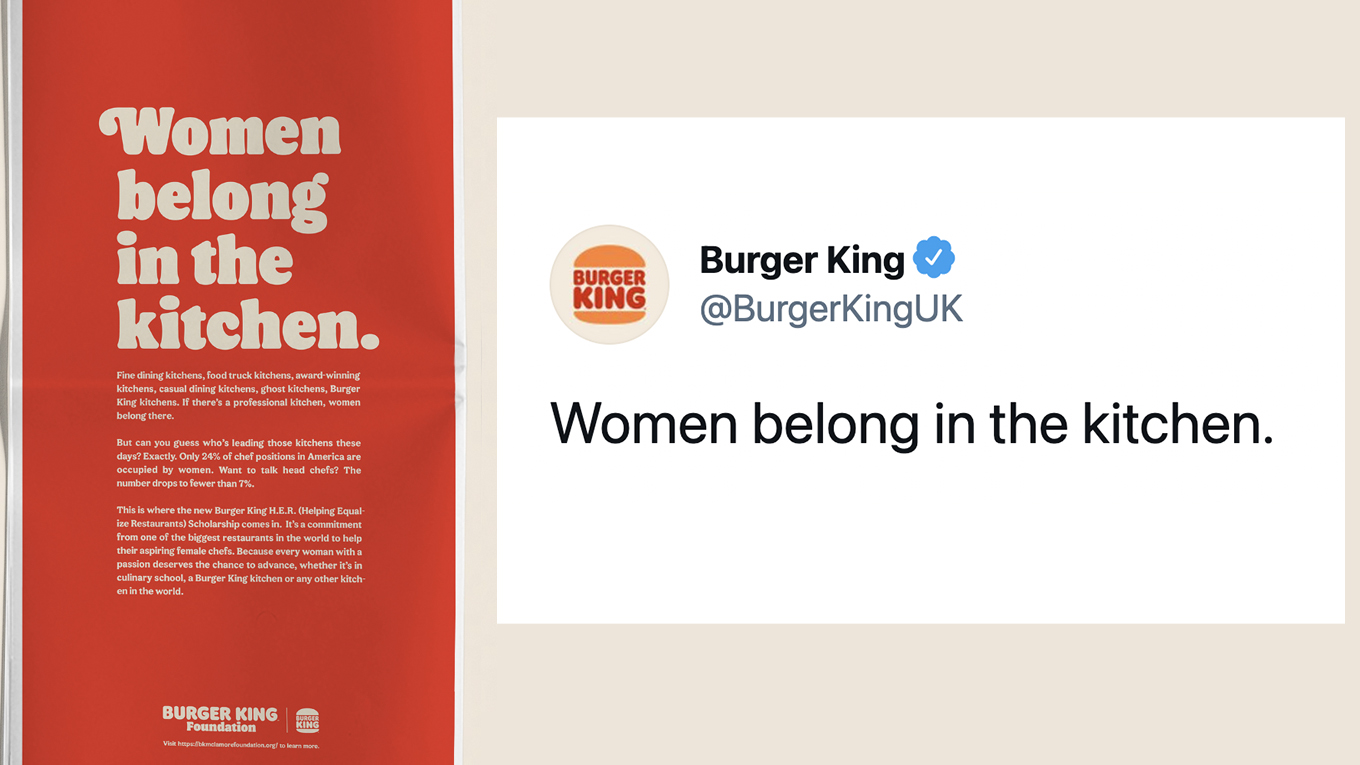 This International Women’s Day, Lego teamed up with UN Women, to create a more equal and inclusive workplace. Part of this partnership involved the re-creation of an iconic 1981 advert, with the help from parents across the globe.

The new campaign’s aim was to shine a light on the next generation of female leaders and parents were asked to submit photos of their daughters with their Lego creations.

Many of the submissions were made into bright, eye-catching, and empowering adverts in the style of the original.

The adverts featured various inspirational headlines such as: “What it is, is pioneering” and “What it is, is original”. The copy explained that if you fast forward a few years, the youngsters pictured will be “running the world”. 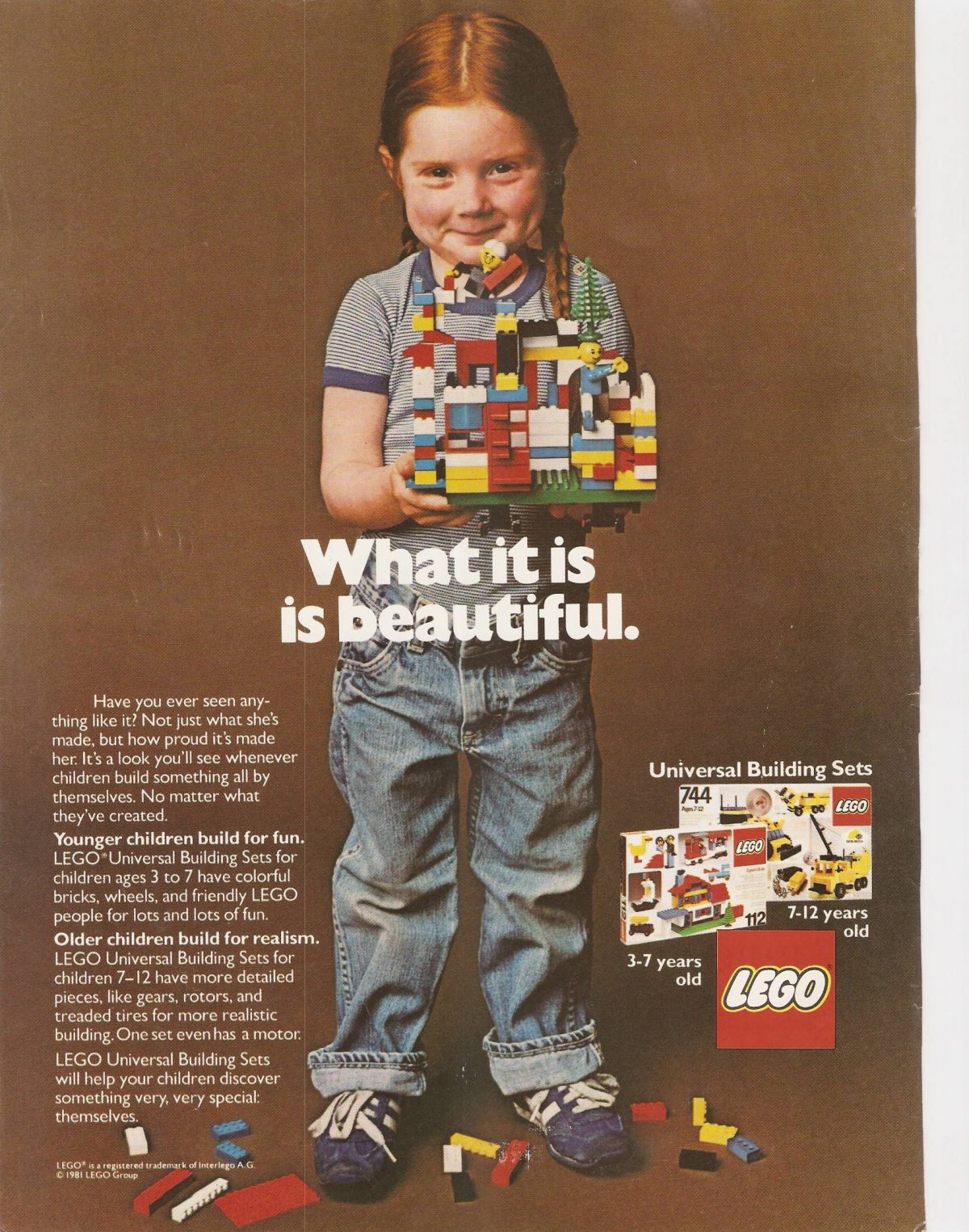 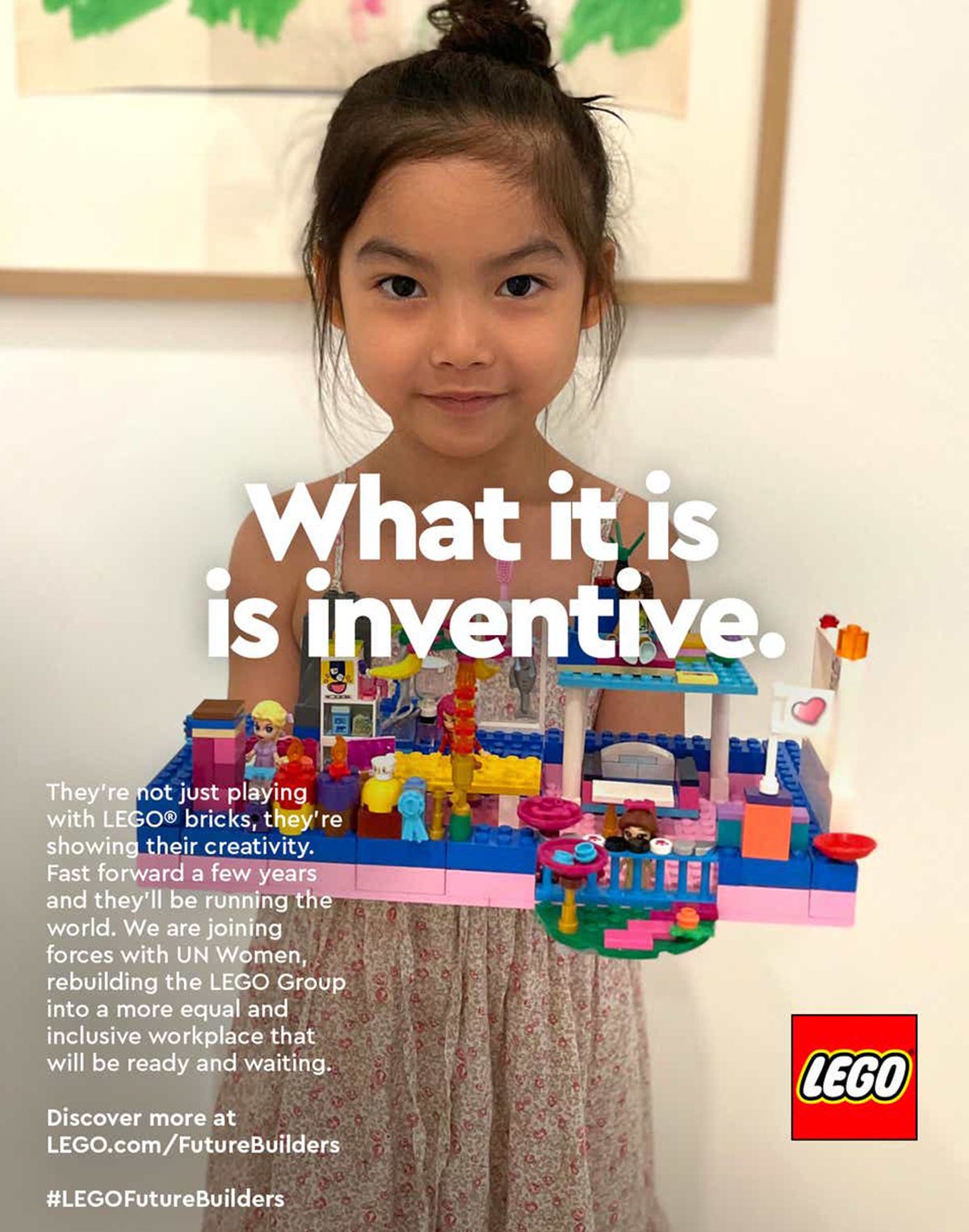 This year’s International Women’s Day theme was #choosetochallenge and Interflora chose to challenge by visualising gender inequality statistics with flowers, specifically roses, in the form of out-of-home and online adverts.

We think the adverts were powerful and effective, as well as featuring hard-hitting, factual statistics such as: “Women would need to work 36 extra days to earn the same as men in 2020.” 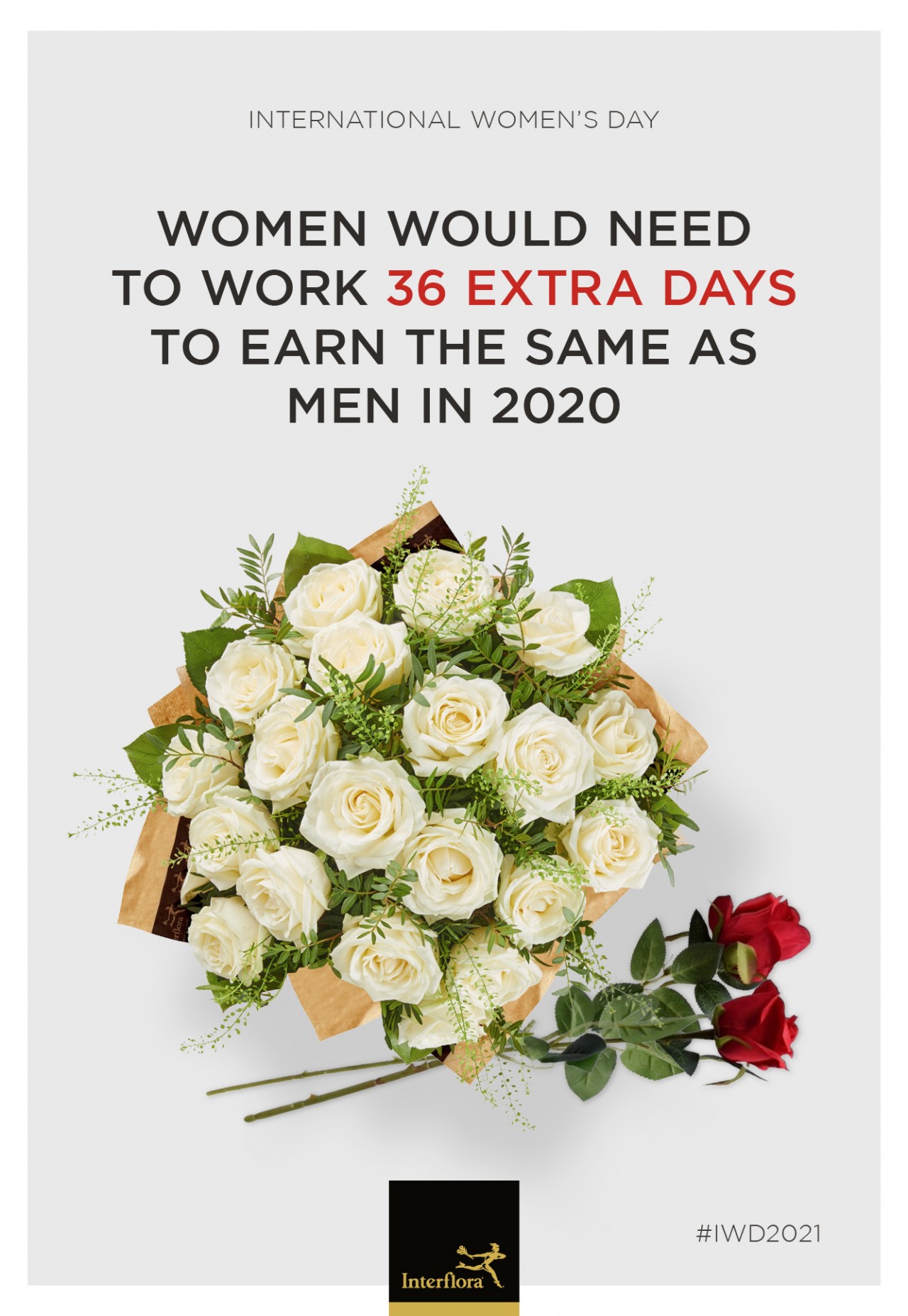 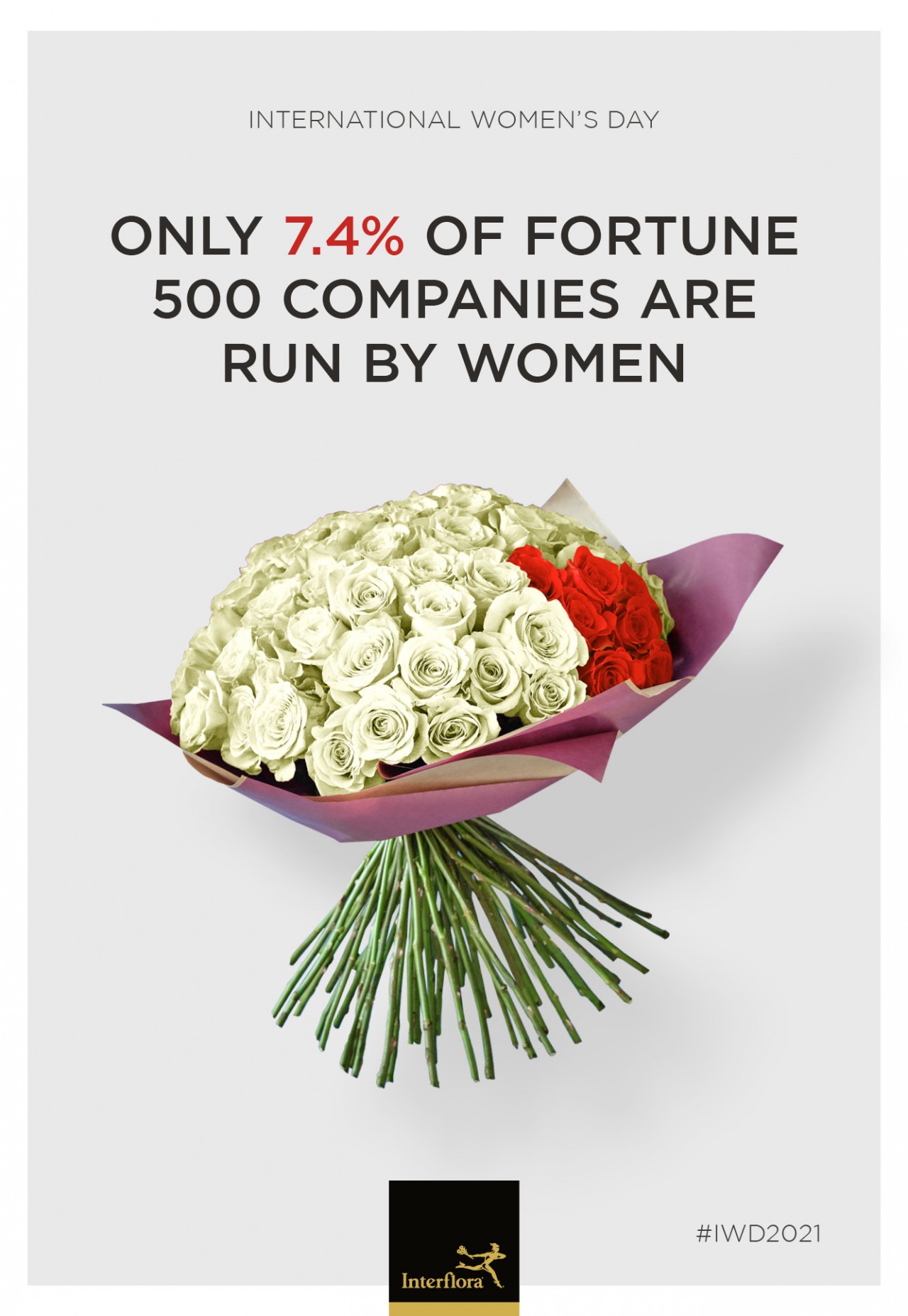 We’re pretty sure we’re not alone in finding it frustrating that all social media platforms display uploaded content in different dimensions.

Both Twitter and LinkedIn have stuck rigidly to landscape formatting, but change may be on the way.

In March, Twitter started testing displaying images in their native format on the timeline. We’re keeping our fingers crossed for the change to become a permanent feature.

There’s more where that came from

The reason we keep up to date with all of the latest marketing trends is because we love what we do – but it’s also because we use these insights to elevate our clients’ own marketing campaigns.

We bring our proactivity, passion, and energy to every one of our client relationships. If that sounds like something you want to have behind to your marketing efforts. Get in touch for a chat. 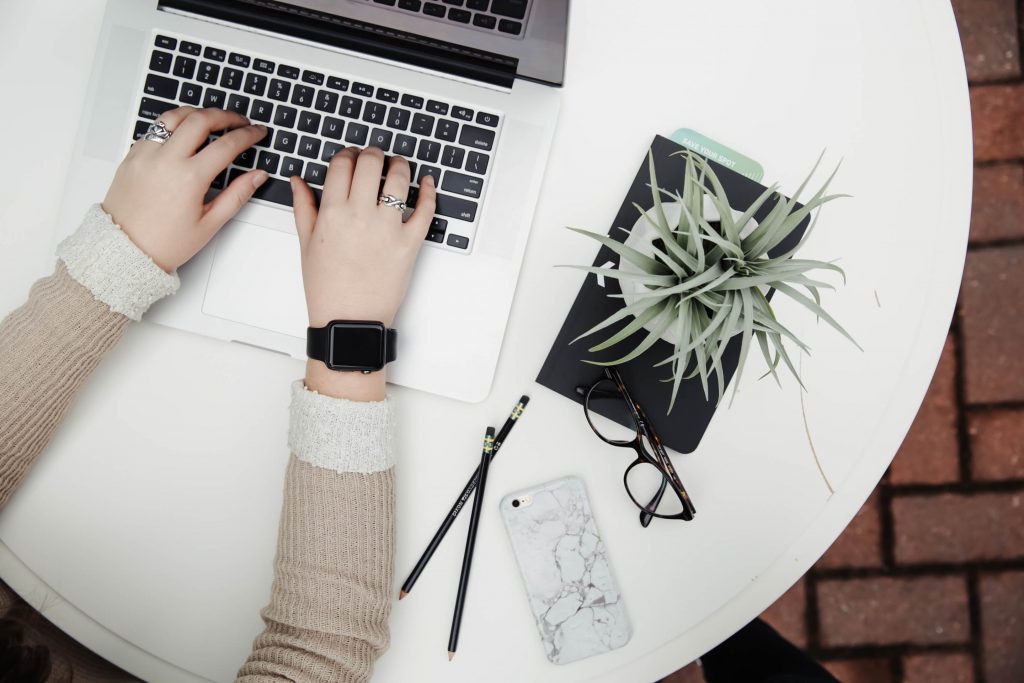 The Power of Client Case Studies